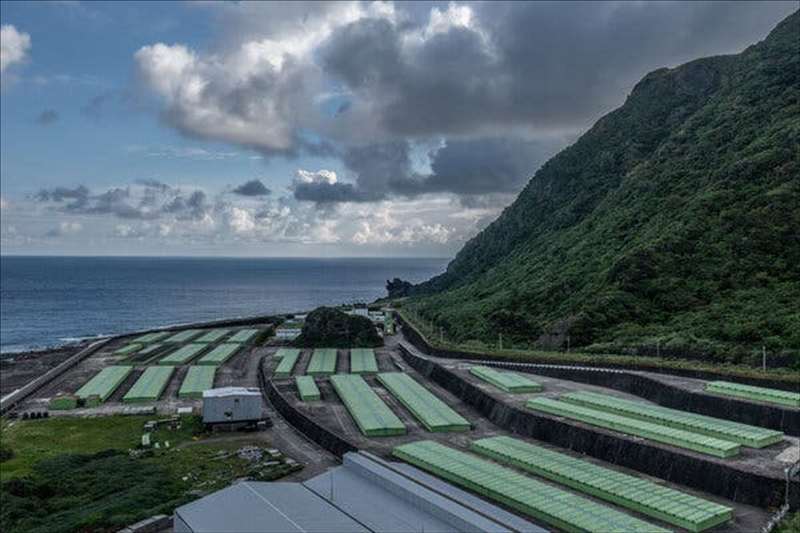 For members of a Taiwanese tribe, a waste site on their island serves as a painful reminder of the government’s broken promises, and a symbol of their long struggle for greater autonomy.

For this article, Amy Qin and Amy Chang Chien traveled to Lanyu, Taiwan, and interviewed locals and experts about the nuclear waste site. The photographer Lam Yik Fei also visited the island.

No one bothered to inform the residents why the southern tip of their island home was suddenly no longer accessible. All they knew was that the place where women for generations had scoured the craggy tide pools for crabs and where farmers had long tended fields of taro and millet had suddenly been turned into a large construction site.

Rumors began to fly. It was a pineapple cannery. No, it was a cannery for fish. Whatever it was, the locals decided, it would mean more jobs for the islanders.

It was not until years later, in 1980, when a local pastor saw an article buried in the back of a newspaper, that the islanders found out what the site actually was: a massive nuclear waste dump.

“The government deceived us,” the pastor, Syapen Lamoran, 76, said recently in an interview at his home in Lanyu, a lush volcanic island off Taiwan’s southeast coast that is the traditional home of the Tao, one of 16 officially recognized Indigenous tribes in Taiwan. “They didn’t care that the nuclear waste would kill us, that the Tao people would go extinct.”

More than three decades after that revelation, the nuclear waste dump remains in Lanyu, a painful reminder for the Tao of the government’s broken promises, and a symbol for Taiwan’s Indigenous people of their prolonged struggle for greater autonomy.

The waste site in Lanyu, also known as Orchid Island, or Ponso no Tao, has been among the highest-profile causes taken up by Indigenous Taiwanese, who were the main inhabitants of these islands until four centuries ago, when colonial settlers began arriving from mainland China, Europe and, later, imperial Japan.

Today, ethnic Han Chinese make up more than 95 percent of Taiwan’s population of 23 million. The roughly 583,000 Indigenous people, by contrast, constitute 2 percent, and many still face widespread social and economic marginalization. Lanyu itself is home to just over 5,000 residents.

But on the issue of nuclear waste, the government has been slower to act.

Following the revelation that the site was a nuclear waste facility, the Tao fought vigorously to persuade the government to remove it. For years they staged mass protests on the island and in front of government offices in Taipei, Taiwan’s capital. They became self-taught experts in nuclear waste.

But despite the government’s repeated promises to relocate the site, the dump remains.

On a recent afternoon, Taiwanese tourists in snorkeling gear laughed and frolicked in glittering blue waters, seemingly unaware that looming just above them, tucked into the tree-carpeted mountainside, was the nuclear waste site that some Tao say has contributed to rising cancer rates, mutated fish and other health issues among islanders.

Taiwanese officials and Taipower, the state utility that operates the waste site, have said that residents’ exposure to the low levels of radiation from the dump has been minimal, citing numerous scientific studies.

The health effects of such dump sites, which are typically in remote areas near operating nuclear facilities, remain a contentious subject among scientists and skeptics of nuclear energy, said Thomas Isaacs, an expert on nuclear waste management and a former lead adviser to the Blue Ribbon Commission on America’s Nuclear Future. “The scientists will tell you that when you look at places that are exposed to low levels of radiation, you can’t find any impact.”

The statements from Taiwanese officials and Taipower have done little to assuage the islanders’ concerns.

“I don’t believe that the problem is really solved,” Syaman Jiapato, 63, a retired teacher, said as he sat in the shade of a wooden hut, carving a model of a traditional fishing boat. “We’ve been living with such man-made threats for years.”

Behind the islanders’ skepticism lies a deep mistrust of outsiders. For good reason.

For centuries, the Tao lived a largely isolated existence on this 17-square-mile island, interacting only occasionally with shipwrecked sailors and the people of the northern Philippine Islands. Then, starting in the late 19th century, Taiwan, including Lanyu, came under the control of Japanese colonists, who began to study the Tao, whom they called the Yami, as ethnographic subjects.

It was more than just an innocent academic pursuit: The Japanese wanted to learn more about the Pacific peoples so they could help their empire expand its territorial reach in Asia.

In the eyes of the Tao, the island’s subsequent rulers, members of the Kuomintang government, were not much better. They took a more hands-on approach to governing, compelling the Tao to wear modern clothes, banning their native language in public spaces and forcing them to move out of their traditional underground homes. The new government also sent convicted criminals to the island, some of whom raped Tao women, according to historians and a recent government-led investigation.

It was against this background that the authoritarian government decided in the 1970s to build a site on Lanyu to store the more than 10,000 barrels of low-level radioactive waste that had been produced by several nuclear power plants on the main island of Taiwan. Lanyu was remote, the reasoning went, and there were few inhabitants in the immediate area.

“There have been so many lies,” said Hailin Chung, 42, a Tao woman who runs a coffee shop on the island. “The outsiders have changed our territory in a drastic way.”

When Pastor Syapen Lamoran saw the article in the newspaper, he immediately began to spread the word to fellow Tao back home about the “poison” waste site. Starting in the late 1980s, the Tao staged numerous large-scale protests, even after the dump opened in 1982. In 1988, protesters stormed the offices of the nuclear site. Years later, they threw boulders into the harbor to stop Taipower from bringing in new barrels of nuclear waste.

“We were pushing the limit and seeing hope,” said Shaman Fengayan, 58, who led the protest movement on the island in the 1980s.

Along the way, the protesters notched small victories. The government eventually agreed to stop bringing in additional barrels of waste.

In 2018, the Taiwanese government published what many Tao saw as a long-overdue report acknowledging its failure decades ago to consult the islanders about the construction of the nuclear waste site. After publishing the report, the authorities agreed to pay the Tao $83 million in compensation, with an additional $7 million to be disbursed every three years.

The most fervent antinuclear activists have scorned the payments, calling them a “candy-like” sedative that has blunted the anger of the locals and undercut the movement. Others are less bothered.

“It’s not as serious as some people say,” said Si Nan Samonan, 45, a Tao woman who has been working as a tour guide at the nuclear waste storage site for the past seven years.

Taipower said in a statement that it was still “working hard” to find a permanent storage site but that it had struggled to overcome resistance from residents in the proposed relocation areas.

With no resolution in sight, the antinuclear movement in recent years has lost steam. While posters and stickers with the slogan “No nuclear!” are still plastered in bars and restaurants across the island, many young Tao say they have little interest in carrying on a campaign that had consumed much of their elders’ time and energy.

For them, the focus these days is on tourism and appealing to the hordes of young Taiwanese who come to the island via ferry or small propeller planes and zip around on rented scooters. Some young Tao say they would rather focus on social issues that can actually be resolved, like picking up litter on the island and educating outsiders about Tao culture.

“‘Antinuclear’ is a cliché term now,” said Si Yabosoganen, 34, lounging on the patio of his seaside bar as the sun set and a gentle breeze rolled in. “Promoting Tao culture is much more important than repeating the same old tune.”

But for the older generation of activists on Lanyu, removing the nuclear dump remains a cause worth fighting for.

“The tourists get to come, have fun and leave,” said Sinan Jipehngaya, 50, the owner of the Anti-Nuclear Bar on Lanyu, a roadside shack that serves up potent, brightly hued cocktails with names like “Nuclear Waste Get Out of Lanyu.”

“We have no fallback,” she said. “This island is our only home.”