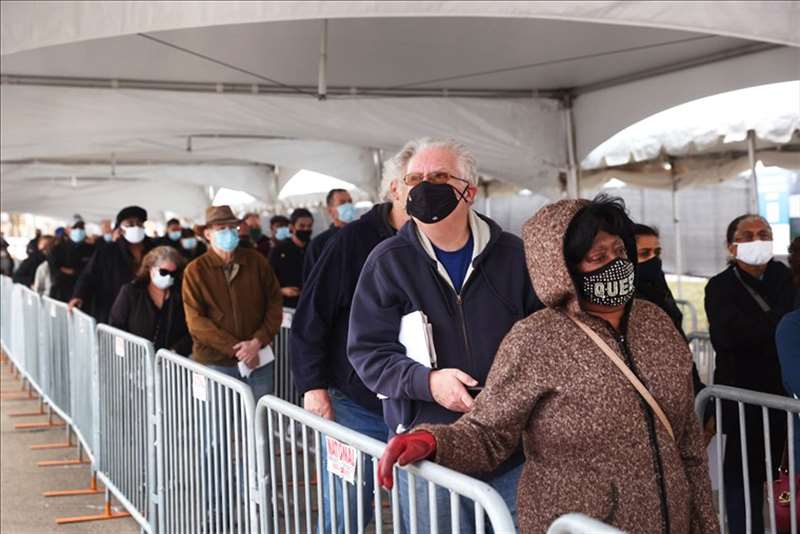 WASHINGTON — Vaccine holdouts could end up being the last obstacle to defeating the pandemic, and a growing effort is aimed at convincing one substantial group of skeptics: Republicans.

While efforts to combat vaccine hesitancy and access have so far been mostly focused on African Americans and Latinos, recent polls suggest the largest group of Americans either hesitant about the Covid-19 vaccine or outright opposed to it are Republicans, and efforts to reach them are only in their infancy.

Success convincing skeptical conservatives could be the difference between the United States reaching herd immunity or not. That’s why a group of Republican pollsters and politicians, plus the White House, are all already working on getting the skeptics on board.

Messages targeted at minority groups were overt and discussion of hesitancy among people of color was clear. But when it comes to targeting a partisan population, appearing overtly political opens up new risks and could backfire, those working on the efforts warn.

“You can’t afford to not try to address that,” Dr. Marcus Plescia, chief medical officer of the Association of State and Territorial Health Officials, said in an interview.

Veteran GOP pollster Frank Luntz is trying to do just that. He is working with the de Beaumont Foundation to study and create pro-vaccine messaging aimed at conservatives

“It’s probably the most important thing I will do this year because, if I do it right, it’ll save lives,” he said. “It’s going to require a massive effort because the opposition to a vaccine is so high. But we have no choice. We have to figure this out.”

And he is encouraged by the number of elected Republicans eager to help the cause.

“I have almost universal support for this effort,” he said. “Everyone’s waiting on marching orders.”

The leaders who might be most effective in getting that message across have stayed largely silent on an issue dividing rank-and-file GOP voters, while other conservative media figures have vilified public health officials like Dr. Anthony Fauci and repeated conspiracy theories about the virus and the vaccines.

Having contracted Covid-19 in October, Trump received a vaccination before he left office in January but kept it a secret, did not allow photos or video and did not publicly acknowledge it until this month.

“We have to now have to undo a year of Trump messaging about how this (pandemic) was really not a big deal,” Brian Castrucci, an epidemiologist and president and CEO of the de Beaumont Foundation, said in an interview.

Speaking at last month’s Conservative Political Action Conference, Trump encouraged “everybody go get your shot.” A Trump representative did not respond to a request for comment about what else he might be willing to do.

Health experts and other leaders have said footage of Trump getting the shot could be particularly beneficial. And as the president whose administration oversaw the development of the vaccines, they say, he has an important role in their promotion.

“I think President Trump certainly can, at this point in time, continue to encourage people, especially as someone who had Covid-19, to get vaccinated,” Rep. Mariannette Miller-Meeks, R-Iowa, a physician, said in an interview.

The skepticism is the result of multiple factors — from the anti-vaccine movement gaining energy as a result of pandemic blowback, a conservative media ecosystem that has elevated those views, Trump’s downplaying of the severity of the crisis, deep-rooted distrust of the federal government, concerns over how quickly the vaccines were developed, and messaging from the scientific community that sounds as if getting the vaccine won’t trigger a greater return to normalcy in the immediate future.

“When scientists are out there saying ‘even if you’re vaccinated, you can’t do this or don’t expect to do that until 2022,’ you’re actively telling people that getting vaccinated doesn’t matter,” the GOP strategist Matt Gorman said. “The message is simple: Want to return to normal life? Get a vaccine ASAP. … It’s really that simple.”

Miller-Meeks is trying to calm people’s concerns by describing her own experience after receiving a vaccination last month.

“I understand people being concerned and being concerned about side effects,” she said. “I think it’s important to go through what the science is, and also to assure people that there were no safety short steps in the development of this vaccine.”

On Friday, she toured a vaccine production facility and even administered some shots on camera, video she posted on her Twitter account.

Groups like the Ad Council, which recently launched a half-billion dollar campaign to promote vaccines, are planning to partner with faith leaders, country music stars, athletes and other figures influential in conservative and rural areas.

“It’s really important that the message and the messenger are appropriate for the audience,” said Dr. Tom Frieden, a former Director of the Centers for Disease Control and Prevention, who added it’s important the messaging not in any way appear partisan.

The Biden administration is well aware of the risk of appearing partisan, an official told NBC News, and believes better access in rural areas will go a long way toward vaccine acceptance.

“Sen. Cruz has received both doses of the Covid-19 vaccine and encourages people to do the same,” his spokesperson, Jessica Skaggs, said. “If anyone has concerns, the senator recommends people consult their doctor.”

But all the endorsements — even one from Trump himself — can only do so much convincing.

“They like to say there’s a cult of President Trump,” said Don Thrasher, chairman of Kentucky’s Nelson County GOP, adding he believes roughly two-thirds of Kentucky Republicans “will not get a vaccine, the vaccine that we all know President Trump was trying to get expedited, and pushed.”

“If we’re all just blind followers, why are we not all just … lining up to go get the vaccine?” he said.

They say the best weapon to combat that restraint is time. As more and more people are vaccinated, comfort levels among skeptics will increase, though many may never budge.

“I think we have to resign ourselves to the fact that some people are not going to be convinced. Some people just aren’t going to get vaccinated,” a former senior Trump administration official said. “And those people will be taking their own chances, which is a shame, but I’m just not sure we can ever get to 100 percent, no matter what we do.”