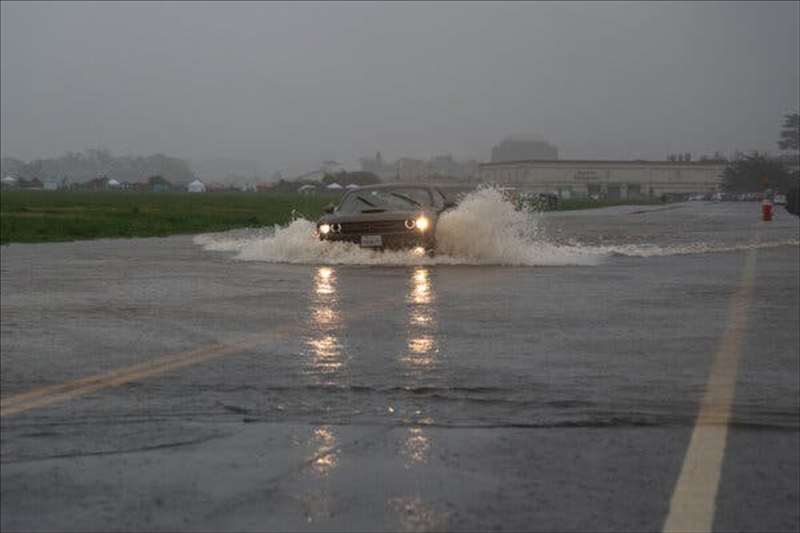 So far, the downpours are largely in line with past storms, an official said. But their quick pace is testing the limits of the state’s infrastructure.

Drenching rains forecast to pummel California on Wednesday and again over the weekend are poised to be the third and fourth major storms to march through in less than two weeks, raising the prospect of more misery in a season that has already brought flooding, debris flows and power outages to parts of the state.

Winter rain and snow typically provide much of the water used throughout the year in California, which has suffered several years of punishing drought. But when these storms, which are known as atmospheric rivers, are particularly severe or sweep through in rapid succession, they can do more harm than good, delivering too much water, too quickly, for the state’s reservoirs and emergency responders to handle.

So far, this winter’s storms have been largely in line with past ones except in their unrelenting pace, said Michael Anderson, California’s state climatologist. “This is where we’re getting hit this year: We’re seeing a lot of big storms fairly quickly.”

These storms get their name from their long, narrow shape and the prodigious amount of water they carry.

They form when winds over the Pacific draw a filament of moisture from the band of warm, moist air over the tropics and channel it toward the West Coast. When this ribbon of moisture hits the Sierra Nevada and other mountains, it is forced upward, cooling it and turning its water into immense quantities of rain and snow.

As humans continue burning fossil fuels and heating the atmosphere, the warmer air can hold more moisture. This means storms in many places, California included, are more likely to be extremely wet and intense. Scientists are also studying whether global warming might be shifting the way winds carry moisture around the atmosphere, potentially influencing the number of atmospheric rivers that sweep through California each year and how long they last. They have not yet come to firm conclusions on these questions, though.

“The dominant thing that’s happening is just that, in a warmer atmosphere, there’s exponentially more potential for it to hold water vapor,” said Daniel L. Swain, a climate scientist at the University of California, Los Angeles. “And that exerts a really profound influence on things.”

Atmospheric rivers are hugely influential for California’s weather and water supplies. They cause the state’s heaviest rains and feed the biggest floods. They drive its cycles of dry and wet, famine and feast. But they also cause a large share of the state’s levee breaches and debris flows.

One atmospheric river can be enough to flood homes, down power lines and wash away hillsides and highways. But when several sweep ashore in a matter of days or weeks, as appears to be happening this week, the potential damage is multiplied.

Soils already saturated with rainwater might not be able to absorb any more, leading to floods and landslides. Rivers and streams already swollen after one storm could overflow. In the high mountains, rain could fall on snow, melting it and causing water to cascade toward communities below. Emergency services could be stretched to the breaking point.

When big storms come one right after the other, it is also harder for infrastructure to channel all that water into the ground or into reservoirs where it can be kept in reserve for dry summers.

“It’s really helpful if the storms would be so kind as to space themselves out a week or two apart so we have time for water to move through the system,” said Jeanine Jones, an official with California’s Department of Water Resources.

A pile-on of wet weather caused catastrophic flooding across California and the Pacific Northwest in the winter of 1861-62, when deluges swept away homes and farms and turned valleys into vast lakes. As global warming continues, scientists say the risk of a replay of those floods is rising.

Still, the warmer atmosphere’s increased capacity for holding moisture is reason enough for California officials to prepare for more catastrophic rain events today and in the future, Dr. Swain said.

“Even if that were the only thing that’s happening,” he said, “it would act to juice up, if you will, whatever atmosphere rivers are occurring, whether it’s families of atmospheric rivers or one-offs.”