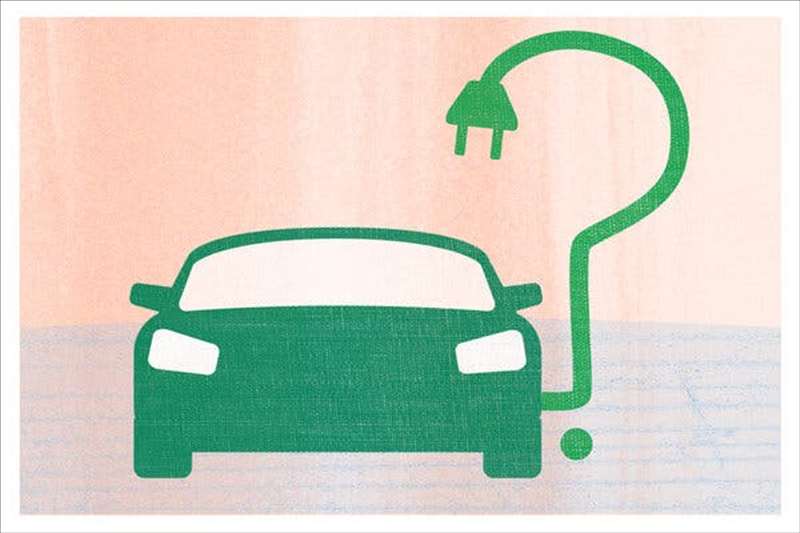 In short: Very green. But plug-in cars still have environmental effects. Here’s a guide to the main issues and how they might be addressed.

But as electric cars and trucks go mainstream, they have faced a persistent question: Are they really as green as advertised?

While experts broadly agree that plug-in vehicles are a more climate-friendly option than traditional vehicles, they can still have their own environmental impacts, depending on how they’re charged up and manufactured. Here’s a guide to some of the biggest worries — and how they might be addressed.

If you assume electric vehicles are drawing their power from the average grid in the United States, which typically includes a mix of fossil fuel and renewable power plants, then they’re almost always much greener than conventional cars. Even though electric vehicles are more emissions-intensive to make because of their batteries, their electric motors are more efficient than traditional internal combustion engines that burn fossil fuels.

But that’s just an average. On the other hand, if the Bolt is charged up on a coal-heavy grid, such as those currently found in the Midwest, it can actually be a bit worse for the climate than a modern hybrid car like the Toyota Prius, which runs on gasoline but uses a battery to bolster its mileage. (The coal-powered Bolt would still beat the Camry and the F-150, however.)

“Coal tends to be the critical factor,” said Jeremy Michalek, a professor of engineering at Carnegie Mellon University. “If you’ve got electric cars in Pittsburgh that are being plugged in at night and leading nearby coal plants to burn more coal to charge them, then the climate benefits won’t be as great, and you can even get more air pollution.”

“The reason electric vehicles look like an appealing climate solution is that if we can make our grids zero-carbon, then vehicle emissions drop way, way down,” said Jessika Trancik, an associate professor of energy studies at M.I.T. “Whereas even the best hybrids that burn gasoline will always have a baseline of emissions they can’t go below.”

Like many other batteries, the lithium-ion cells that power most electric vehicles rely on raw materials — like cobalt, lithium and rare earth elements — that have been linked to grave environmental and human rights concerns. Cobalt has been especially problematic.

And as much as 70 percent of the world’s cobalt supply is mined in the Democratic Republic of Congo, a substantial proportion in unregulated “artisanal” mines where workers — including many children — dig the metal from the earth using only hand tools at great risk to their health and safety, human rights groups warn.

Focusing first on cobalt, automakers and other manufacturers have committed to eliminating “artisanal” cobalt from their supply chains, and have also said they will develop batteries that decrease, or do away with, cobalt altogether. But that technology is still in development, and the prevalence of these mines means these commitments “aren’t realistic,” said Mickaël Daudin of Pact, a nonprofit organization that works with mining communities in Africa.

Instead, Mr. Daudin said, manufacturers need to work with these mines to lessen their environmental footprint and make sure miners are working in safe conditions. If companies acted responsibly, the rise of electric vehicles would be a great opportunity for countries like Congo, he said. But if they don’t, “they will put the environment, and many, many miners’ lives at risk.”

As earlier generations of electric vehicles start to reach the end of their lives, preventing a pileup of spent batteries looms as a challenge.

Experts point out that spent batteries contain valuable metals and other materials that can be recovered and reused. Depending on the process used, battery recycling can also use large amounts of water, or emit air pollutants.

“The percentage of lithium batteries being recycled is very low, but with time and innovation, that’s going to increase,” said Radenka Maric, a professor at the University of Connecticut’s Department of Chemical and Biomolecular Engineering.

A different, promising approach to tackling used electric vehicle batteries is finding them a second life in storage and other applications. “For cars, when the battery goes below say 80 percent of its capacity, the range is reduced,” said Amol Phadke, a senior scientist at the Goldman School of Public Policy at the University of California, Berkeley. “But that’s not a constraint for stationary storage.”

Various automakers, including Nissan and BMW, have piloted the use of old electric vehicle batteries for grid storage. General Motors has said it designed its battery packs with second-life use in mind. But there challenges: Reusing lithium-ion batteries requires extensive testing and upgrades to make sure they perform reliably.