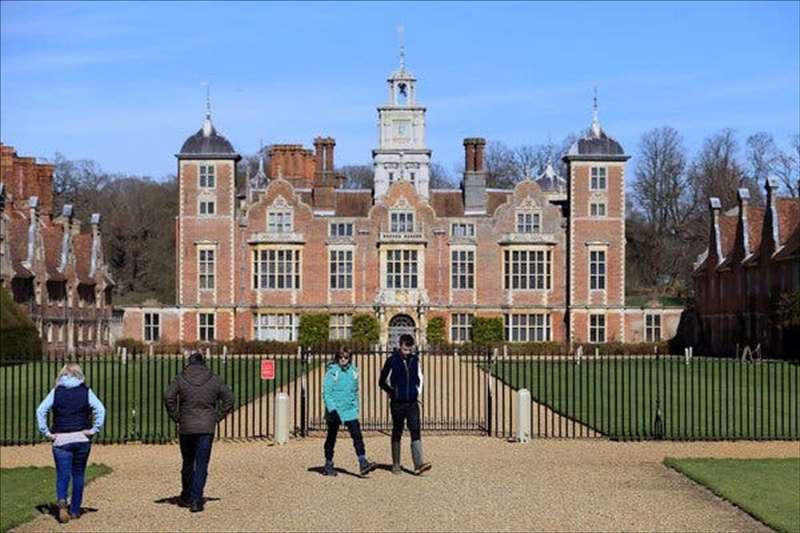 Blickling Hall, a centuries-old building in England, is trying to protect its priceless tapestries, carpets and furniture with thousands and thousands of microscopic wasps.

Empty of human visitors because of lockdowns, the darkened rooms of Britain’s historic buildings have gained thousands of unwelcome residents over the past 11 months: moths that infest closets, perch in the rafters and floorboards, and nibble away at priceless tapestries, furniture, carpets and art.

At one centuries-old estate, Blickling Hall in Norfolk, England, the charity that runs the sprawling grounds is trying to stop the moths with an even smaller set of visitors: wasps.

The National Trust, the heritage and conservation organization, hopes to fend off the moths by shipping in thousands of microscopic wasps — each one measuring only 0.5 millimeters — that hijack moth eggs.

“It’s not like our tapestries are falling off the wall and our things are being munched to bits,” said Hilary Jarvis, an assistant national conservator at the National Trust.

“It’s just that no damage is acceptable and it’s heartbreaking when you do find something,” she said. “We know they’re there and we’re not going to be complacent, and I can’t take the risk that we let those moths thrive.”

The company will also try a second tactic, spreading a female moth pheromone to confuse the male moths and reduce their chances of finding a mate.

“They’re not to be confused with the wasps that sting you when you’re having your picnic,” he said. “It’s a different end of the spectrum. It’s like comparing a domestic Chihuahua with a wolf.”

Blickling Hall, one of the more than 500 historic castles, houses, parks and monuments maintained by the National Trust, has a large collection of valuable items that the charity is eager to protect.

The building’s moth problem has worsened for years, though the insects have caused only minimal damage to its treasures so far.

The anti-moth campaign will begin early next month and continue through the rest of the year. The National Trust has previously used wasps and the pheromone technique separately for short stints, to varying success, but the charity will try both together for the first time at Blickling.

The wasps are unlikely to leave the house, as their entire and extremely short life cycle is focused on finding a mate and a new host, Dr. Kitson said. “When these things get outside into the real world, they have to compete against hundreds and hundreds of species that are also doing the same things to other native moths in the area,” he added.

If the trial significantly reduces the moth population, Ms. Jarvis said it could be used in the charity’s other properties experiencing the same problem.

A National Trust survey of its many properties found that the number of bugs had risen by 11 percent in 2020 compared with the previous year, making a thriving insect population in Britain’s stately old homes one of the many unforeseen consequences of pandemic lockdowns.

The National Trust has also noted outbreaks of mold as a problem worsened by lockdowns, an issue that many owners of modern buildings also face in offices left unoccupied by the pandemic.

Moths, however, probably do not pose a problem in offices, Mr. Loughlin said. They mostly avoid the synthetic carpets used there.