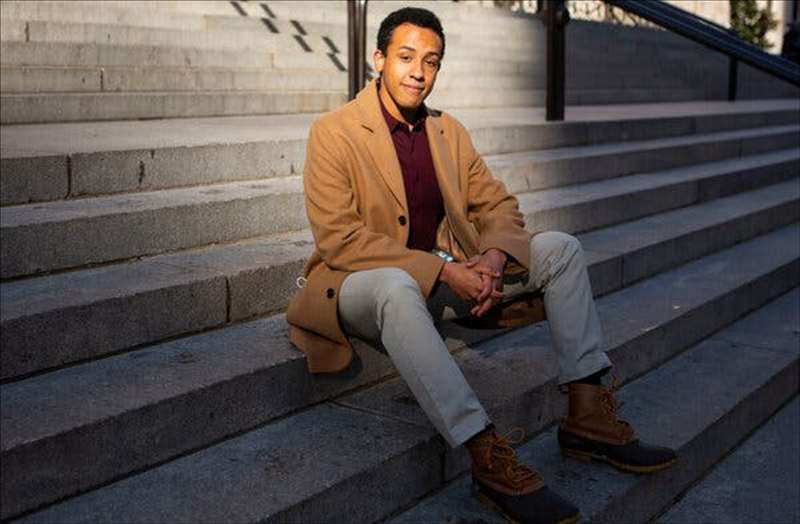 Medical schools and students alike have had to adapt to remote cadaver dissections and bedside-manner training via Zoom.

Jerrel Catlett’s eyes narrowed on the large intestine, a gloppy, glow stick-like object whose color matched the stool stored inside of it. He chose to isolate the organ, and it expanded on his screen as the body parts surrounding it receded — the gall bladder bright green with bile, the ribs white and curved like half moons.

“My old boss used to tell me that when I did this, I’d be so wowed by how complex the human body is,” said Mr. Catlett, 25, a first-year student at Icahn School of Medicine at Mount Sinai, gesturing to the image of a body on his laptop screen. “But it feels like there’s something missing from the experience right now.”

For generations, medical students were initiated to their training by a ritual as gory as it was awe-inducing: the cadaver dissection. Since at least the 14th century, physicians have honed their understanding of human anatomy by examining dead bodies. But amid the coronavirus pandemic, the cadaver dissection — like many hands-on aspects of the medical curriculum — turned virtual, using a three-dimensional simulation software.

Of the country’s 155 medical schools, a majority transitioned at least part of their first and second-year curriculums to remote learning during the pandemic. Nearly three-quarters offered lectures virtually, according to a survey by the Association of American Medical Colleges, and 40 percent used virtual platforms to teach students how to interview patients about their symptoms and take their medical histories. Though the cadaver dissection posed a trickier challenge, nearly 30 percent of medical schools, including Mount Sinai, used online platforms to teach anatomy.

Though medical students in many states have been eligible for and able to receive the vaccines, some have not yet fully shifted back to in-person learning, with school administrators saying they preferred to wait until Covid case rates decline further. Some in-person training, like practicing clinical skills, has largely resumed.

Medical schools adapted in the past year with inventive approaches to clinical training. Case Western Reserve University School of Medicine and Stanford used virtual reality technology to teach anatomy. The Vagelos College of Physicians and Surgeons at Columbia University offered students the opportunity to shadow doctors virtually, sitting in on tele-medicine appointments. And at Baylor College of Medicine last fall, students were assessed via video on giving physical exams by describing what actions they would be taking in person, according to Dr. Nadia Ismail, Baylor’s associate dean of curriculum: “Now I would hit you at this part of the knee and this is the reflex I would see.”

The Keck School of Medicine, at the University of Southern California, opted to have faculty members dissect cadavers while wearing body cameras so students could watch remotely. The cadavers were also imaged using three-dimensional scanners, so students could practice manipulating the sorts of images produced by magnetic resonance imaging and CT scans.

“When the faculty came up with this, I was like, ‘Oh my goodness, this is amazing,’” said Dr. Donna Elliott, vice dean for medical education at Keck. “These scanned, three-dimensional images approximate the type of imaging you’ll use as a clinician.”

Educators are aware that for all the promise of new technologies, there’s a sense of loss for students who aren’t able to be in hospitals, classrooms and dissection laboratories in person. “The classroom of the medical school is the clinical environment, and it’s so stretched right now,” said Lisa Howley, senior director for strategic initiatives and partnerships at the A.A.M.C. “That worries me.”

Students said they felt some frustration as they watched the pressures mount on frontline providers without any capacity to help. “We know more than the average person, but we feel generally powerless,” said Saundra Albers, 28, a second-year student at Columbia.

Both faculty members and students realize that watching organs move on a laptop screen is not the same as removing them, one by one, from a human body. “A cadaver’s body parts wouldn’t look as smooth and perfect as they do on a screen,” Mr. Catlett said. “Let’s say the cadaver was an alcoholic, you might see liver cirrhosis with bumps and ridges covering the liver.”

He and his classmates know that they missed a medical rite of passage: “We don’t get to feel what the tissues are like, or how hard the bones are.”

Mr. Catlett and his classmates have now been offered vaccines, and they are beginning to resume some in-person activities, including meeting with patients for the first time this month. Their lectures are still online.

Sarah Serrano Calove, 26, is a second-year student at the University of Massachusetts Medical School, which offered a blend of in-person and virtual learning last semester. Since the start of medical school, Ms. Calove had been eager to practice interacting with patients — taking their medical histories and delivering news of diagnoses — so the transition to learning clinical skills on Zoom was a letdown.

She was assigned to interview a medical actor, referred to as a standardized patient, about his financial troubles, an emotional conversation that she found awkward to conduct virtually.

“When you’re on Zoom, you can’t tell if the person is clenching their hands or shaking their legs,” she said. “For some of my classmates, the feedback was we had to show more empathy. But how am I supposed to make my empathy known through a computer screen?”

Medical schools were often unable to arrange for students to practice their skills on medical actors last semester, because these actors tend to come from older, retired populations that are at heightened risk for Covid-19. Some schools, including the University of Massachusetts, had students conduct practice physical exams on their classmates, forgoing the parts of the exam that involve opening the mouth and looking into the nose.

For Ms. Calove, being assessed on her physical exam skills was challenging because she could prepare only by watching videos, whereas any other year she would have had weeks of in-person practice.

“Normally, you’d listen to lungs wheezing, feel an enlarged liver, find the edges of the abdominal aorta,” she said. “Listening to a heart murmur recording online is different than hearing it in person.”

Still, she appreciated the school’s efforts to check in with her and her classmates about how they were faring as they adapted to partially remote learning.

“Other doctors got thrown into the deep end but we get to practice using this technology,” said Ernesto Rojas, a second-year student at University of California San Francisco School of Medicine. “We learned how to build rapport and ask the patient things like, ‘Are you in a place where you can talk privately?’”

Students have also said they’ve felt particularly motivated to complete their training amid the pandemic. Medical school applications are up by 18 percent compared with this time last year, according to the A.A.M.C.

For Prerana Katiyar, 22, a first-year medical student at Columbia, the first few months of medical school didn’t look anything like she had anticipated. She started the semester living in her childhood home in Fairfax, Va., where she shared lessons from her anatomy classes with her family over dinner. “When my dad said his abdomen hurt, I was able to talk to him about the quadrants of the abdomen,” Ms. Katiyar said.

Halfway into the semester, she had an exciting update for her parents. “My skull finally arrived in the mail,” she said. Ms. Katiyar’s anatomy professor arranged for each student to order a plastic model of the skull.

“Now I can see the bony landmarks and where the nerves are,” she continued. “I’m a very visual person so it’s been helpful to trace it with my finger.”