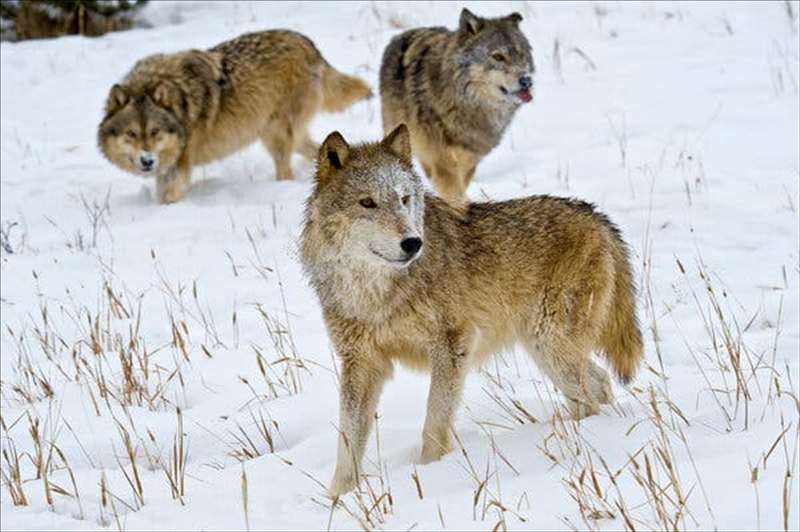 The politics of predators seem poised to enter a new chapter in the state, which now seems intent on reviving some of the practices of a century ago that virtually exterminated wolves from Montana.

HELENA, Mont. — In addition to its spectacular landscape of mountains, rivers and prairie, Montana, the third least populous state in the country, has long been known for something else — wildlife policies that have protected animals of all sorts, including ones like grizzly bears and gray wolves that are often seen as threats to humans and to farming and ranching.

The state’s abundance and variety of wildlife has been a selling point for tourism, a source of pride to many Montanans and something that has set it apart from its less ecologically minded neighbors in the Mountain West. Even as its neighboring states of Idaho and Wyoming have aggressively reduced their wolf population, for example, Montana has managed its numbers largely through hunting seasons and targeted lethal control actions by wildlife biologists.

Now, with its first Republican governor in 16 years, Greg Gianforte, and a solidly Republican legislature, the politics of predators seem poised to enter a new chapter. In the West these days, predators are very much part of the culture wars, and the state now seems intent on reviving some of the practices of a century ago that virtually exterminated wolves from Montana.

Several bills are headed to Mr. Gianforte’s desk that would allow for more killing of wolves in the state to drive down their numbers. Practices that are being proposed include the use of spotlights at night, which is considered unethical because it temporarily blinds the animal; hunting animals by luring them with bait like wild game or commercial scents; night vision scopes and widening use of neck snares that catch and choke animals to death. Other controversial predator proposals allow hunting black bears with hounds, a practice outlawed a century ago, and placing limits on where wandering grizzlies can be moved, which conservationists say could lead to more bear deaths.

Proponents of the changes say the state is overwhelmed by the presence of too many predators, and their numbers urgently need to be reduced. At a hearing, State Senator Bob Brown, a Republican who introduced one of the bills, said many of his constituents felt they had “no voice,” and that game, in particular elk and deer, that they depended on to fill their freezers was being eliminated by wolves instead.

“We can’t sit by and allow our game — the thing that feeds so many families — to be taken off the table,” he said.

Critics say the state is embarking on a wholesale war on wildlife that is based on little more than emotion and supposition, and rejecting decades worth of management lessons.

“It’s bar talk replacing biology,” said Ed Bangs, a wildlife biologist who is now retired and used to lead the U.S. Fish and Wildlife Service’s wolf recovery project. He also led the effort in the mid-1990s to bring the first wolves to Yellowstone National Park after a half century’s absence. “People are saying it seems like there are fewer elk and deer, so it must be the wolves,” he said. “I believe in professionalism and vetting with science; this is based on bar talk.”

Mr. Bangs is one of more than 50 wildlife biologists who have signed a letter calling on Republican officials to reject the legislation. The bills have passed, or are near passing, both houses of the Legislature and are awaiting a decision by the governor.

Experts say these changes, if they occur, probably would not cause a crash in the number of wolves and grizzlies to the point where their existence is seriously threatened. Instead, in their letter, the wildlife scientists say the bills “are harmful to wildlife, harmful to the image of hunters, contrary to science and wrong for Montana.”

The result is a dispute over wildlife management suffused with contemporary politics with Mr. Gianforte at the center of it. In February, he was the subject of controversy when he trapped and shot a black, radio-collared wolf known as 1155 that had come north onto a private ranch from nearby Yellowstone National Park. The wolf wore a collar as part of a study of wolves at Yellowstone.

While trapping and even shooting a collared wolf outside the park is legal in Montana, the governor had neglected to take a required three hour wolf trapping certification course that teaches hunters to trap and hunt wolves “ethically, humanely and lawfully.”

Mr. Gianforte, a hard-line Republican, first came to national prominence in 2017 when he body slammed a reporter for The Guardian after taking offense at answering questions about his race for Congress. He won the House seat and later pleaded guilty to a misdemeanor assault charge. But indications seem to point to him possibly gaining politically from a firm stance against predators in a state where anger over the perceived overabundance of wolves and bears runs deep, and one that overwhelmingly supported Donald J. Trump in the 2016 and 2020 presidential elections.

The return of the wolf and grizzly bear to the northern Rockies are two success stories that came out of the Endangered Species Act. In 1975, when grizzly bears were listed as endangered species, there were from 100 to 200 of them, mostly in Yellowstone and Glacier national parks. Their numbers are now estimated at about 1,800 in the Lower 48 states. The grizzlies were able to make that comeback largely because hunting was ended, trash was carefully managed and there was an effective crackdown on poachers.

Outside Yellowstone and Glacier national parks, grizzly bears roam mainly in wilderness areas of the state, though they are expanding into more populated areas where they are increasingly vulnerable to being hit by cars, shot by hunters, and killed or removed by biologists because of conflicts with humans. And bears and wolves pose a real threat to livestock and to humans. Every year, hikers or hunters are attacked by bears, and in many parts of the state anyone hiking is cautioned to be “bear aware” and carry a pepper-based spray for protection.

The debate over protecting endangered species, particularly predators, has long roiled Montana, pitting liberal urban areas in the state and across the country against rural ranchers who are increasingly concerned about their livestock being killed or hunters who think game animals are in decline. Until now, a measured approach — which includes some hunting of wolves and intervention by the state when grizzlies get into someone’s beehive or chicken coop — along with lots of protection have prevailed. But with wildlife management increasingly part of the culture wars, antagonism toward widening federal control and Republican control of the state, the balance has shifted, conservationists say.

The new bills approach management of bears and wolves in various ways. One of the new bills would pay wolf hunters their expenses — in effect, critics say, a bounty — to kill the animals. Another bill would allow for snaring animals with a metal aircraft cable fashioned into a noose that would hang over a trail. When the animal gets its head caught in one, it grows tighter as the animal tries to flee, until it is strangled to death. Snares can be used for coyotes in Montana but not wolves.

A major problem with snares is that they also kill species that are not the target, such as moose, elk, deer and even pet dogs. “Snares are cheap,” Mr. Bangs said. “It isn’t unusual for a trapper to set out 100. And you catch all kinds of stuff.” Snares that were set for coyotes, for example, inadvertently killed 28 mountain lions from 2015 to 2020, Mr. Gevock said.

Supporters of the bills say bringing down the wolf population is essential. State Representative Paul Fielder, a Republican and a retired wildlife biologist and trapper who introduced two of the bills, said there were about 1,200 wolves in the state, according to the Montana Department of Fish, Wildlife and Parks. Because of their recovery, wolves are no longer protected by the Endangered Species Act. Federal law requires that Montana has 15 breeding pairs, which, according to Mr. Fielder, is about 300 wolves.

“We have four times the number of wolves the Montana management plan requires,” he said when the bill was introduced.

The state already allows hunters to kill about 300 to 350 wolves a year.

Increasingly, the arguments are being couched in the language of national politics.

Steve Daines, the state’s senior U.S. senator and a Republican, this week became one of five senators who introduced legislation to take the grizzly bear off the endangered species list. “Wildlife management must be determined by science, not by activist judges,” he said. “Montana’s state leaders know what’s best for our communities, public safety, the ecosystem, wildlife and the bear itself.”

Mr. Gianforte has not yet said whether he will sign the bills. A spokeswoman for the governor would only say he “would carefully review any bill that the legislature sends to his desk.”

But Representative Tom France, a Democrat and retired regional executive director for the National Wildlife Federation, said whatever emerges in Montana would almost certainly echo the partisan split of national politics.

“The return of the grizzly bears and wolves were remarkable success stories in the state and federal partnerships — this is a rejection of that,” he said. “There’s a political sentiment here.”

The State Legislature is saying “We don’t live by federal laws and aren’t going to pay attention to them,” he added. “Montana is not excused from the polarization that typifies the nation.”