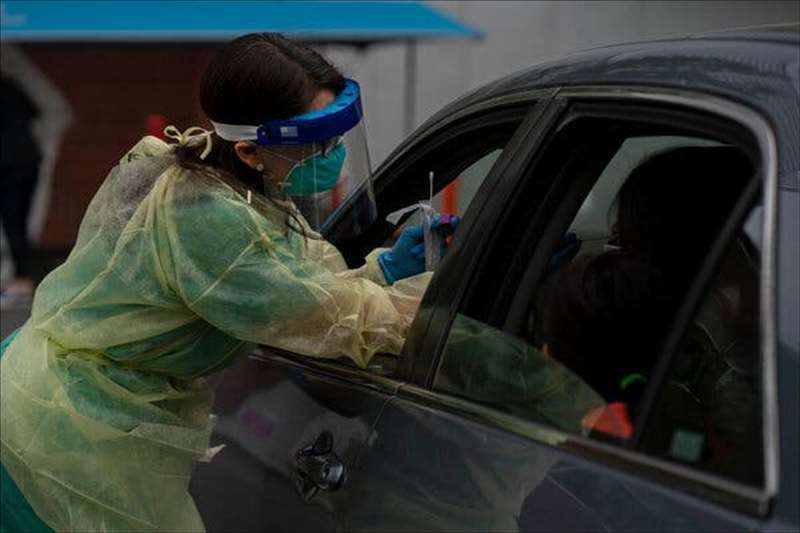 In a single sample, geneticists discovered a version of the coronavirus first identified in Britain with a mutation originally reported in South Africa.

Scientists in Oregon have spotted a homegrown version of a fast-spreading variant of the coronavirus that first surfaced in Britain — but now combined with a mutation that may make the variant less susceptible to vaccines.

The researchers have so far found just a single case of this formidable combination, but genetic analysis suggested that the variant had been acquired in the community and did not arise in the patient.

The B.1.1.7 variant with Eek also has emerged in Britain, designated as a “variant of concern” by scientists. But the virus identified in Oregon seems to have evolved independently, Dr. O’Roak said.

Dr. O’Roak and his colleagues found the variant among coronavirus samples collected by the Oregon State Public Health Lab across the state, including some from an outbreak in a health care setting. Of the 13 test results they analyzed, 10 turned out to be B.1.1.7 alone, and one the combination.

Other experts said the discovery was not surprising, because the Eek mutation has arisen in forms of the virus all over the world. But the mutation’s occurrence in B.1.1.7 is worth watching, they said.

“We’re at the point where B.1.1.7 is just being introduced” into the United States, said Stacia Wyman, an expert in computational genomics at the University of California, Berkeley. “As it evolves, and as it slowly becomes the dominant thing, it could accumulate more mutations.”

Viral mutations may enhance or weaken one another. For example, the variants identified in South Africa and Brazil contain many of the same mutations, including Eek. But the Brazilian version has a mutation, K417N, that is not present in the version from South Africa.

But the variant circulating in Brazil was not as resistant, even though it carried the Eek mutation. “If you have the second mutation, you don’t see as bad an effect,” said Michael Diamond, a viral immunologist at Washington University in St. Louis, who led the study.

It’s too early to say whether the variant in Oregon will behave like the ones in South Africa or Brazil. But the idea that other mutations could weaken Eek’s effect is “excellent news,” Dr. Wyman said.

Over all, she said, the Oregon finding reinforces the need for people to continue to take precautions, like wearing a mask, until a substantial portion of the population is immunized.

“People need to not freak out but to continue to be vigilant,” she said. “We can’t let down our guard yet while there’s still these more transmissible variants circulating.”