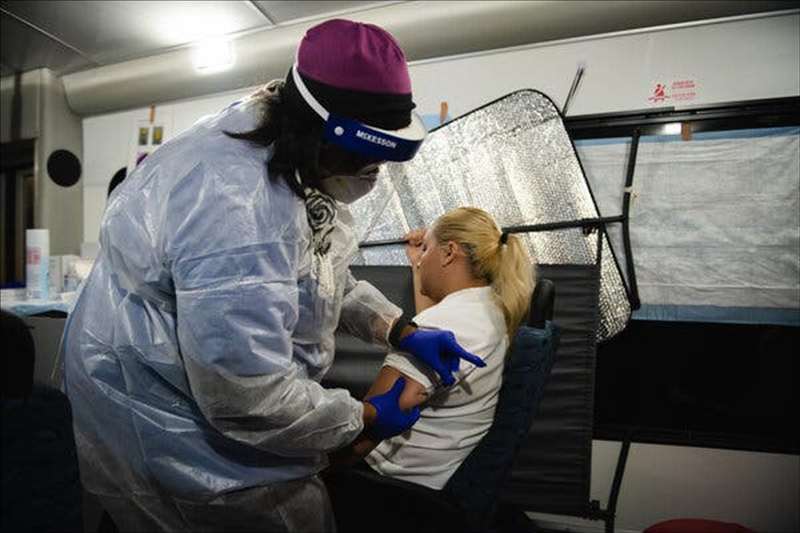 Despite monkeypox fading from public attention, scientists are still learning how it spreads — including without sexual contact or any symptoms.

In the monkeypox outbreak that unspooled this summer in the United States and dozens of other countries, men who have sex with men were the most at risk. But thousands of women were also infected, and many more cases were probably missed, according to the first ever study of women and nonbinary people who had contracted the disease.

Nearly one-quarter of cisgender women in the study might have been infected without sexual interaction with an infected person, said Dr. Chloe Orkin, a physician and researcher at Queen Mary University of London. The women were thought to have been infected through exposure at their jobs or homes or through other types of close contact.

“The lesson here is that everybody needs to know about this,” Dr. Orkin said. While it’s appropriate that public health messages have mostly been directed at men who have sex with men, she added, “it’s important to recognize this is not the only group.”

Yet as the disease fades from public attention, scientists are just beginning to understand when and how it spreads and who is at risk.

In the new study, Dr. Orkin and her colleagues found genetic material from the monkeypox virus in all 14 of the vaginal swabs they tested, suggesting that the virus can be transmitted through genital secretions. Studies in men have similarly found the virus in seminal fluid.

But some experts disagree: The fact that monkeypox can be transmitted in other ways should not preclude its classification as a sexually transmitted disease, because other diseases like herpes and syphilis can also spread through nonsexual close contact, some have said.

Last month, New York State added monkeypox to its list of sexually transmitted infections, but the Centers for Disease Control and Prevention has not made that change. The agency will leave that categorization up to individual states, said Dr. Demetre Daskalakis, deputy coordinator of the White House’s monkeypox response. But it’s clear that sexual behavior drives cases, he said.

“If you took sex away, would we have had a monkeypox outbreak? Probably not,” he added. Even if the primary reason for the spread is skin-to-skin contact during sexual activity, “it’s definitely a sexually associated transmission.”

This makes sense intuitively because once patients develop the painful blisters, they would be unlikely to have sex, noted Tom Ward, an infectious disease modeler for the agency. Some small percentage of infected people may never develop symptoms, he said.

Tracing contacts in a monkeypox outbreak is extremely challenging because of the sensitive and often anonymous nature of spread; there are no tests that can detect monkeypox before the characteristic skin rash appears.

“What it essentially highlights is that we still need a lot of research into the nature of asymptomatic and pre-symptomatic transmission of monkeypox,” Dr. Ward said.

Some people may have mild, generic symptoms like a sore throat before developing the rash.

Those individuals should stay home to protect others, Dr. Daskalakis said. But ultimately, he said, the possibility of pre-symptomatic spread doesn’t change the public health message to people at risk: immunization against monkeypox.

The new study is the first to describe monkeypox in transgender or nonbinary people, who often have little access to quality health care and are rarely included in research studies.

“It’s very, very important that we report on both sex and gender differences, because both are important, and in some cases, they intersect,” Dr. Orkin said.

In the study, researchers from 15 countries contributed clinical information from 69 cisgender women, 62 transgender women and five nonbinary individuals who were diagnosed with monkeypox between May 11 and Oct. 4. About 45 percent of the women were Latino, 29 percent were white and 21 percent were Black.

More than half the patients in the study had sores in their anus, genitals, mouth or eyes. But some women — especially cisgender women — were initially misdiagnosed with other sexually transmitted infections.

Experts had anticipated that monkeypox “would have probably a slightly different pattern of transmission depending on social behaviors and norms within certain groups,” said Dr. Abraar Karan, an infectious diseases physician at Stanford University.

The new study supported that inference. In contrast with male monkeypox patients who have sex with men, only 7 percent of the patients in the study reported having attended a Pride event or other similar gatherings. While the transgender women in the study had had about 10 partners on average over the previous month, the cisgender women had one, and 7 percent of the cisgender women said they had no sexual partners in the previous month.

“Even though the absolute number of people who are trans and engaged in sex work may not be very large, the extremely high prevalence of H.I.V. and now monkeypox and other sexually transmitted infections means that public health agencies need to be thinking of ways to do outreach in this population,” said Dr. Jay Varma, director of the Cornell Center for Pandemic Prevention and Response.

While many of the transgender women sought care at sexual health clinics, the cisgender women in the study went to primary care providers or to emergency departments, where doctors were more likely to be unfamiliar with monkeypox symptoms. About one in three cisgender women were diagnosed late or with another disease; some were probably never diagnosed.

“It’s very likely that infections have been missed and not picked up at all,” Dr. Orkin said.

About one in four of the cisgender women in the study lived with children, but the doctors identified only two cases of monkeypox among them. The C.D.C.’s observations jibe with that finding.

But Dr. Karan cautioned that cases in children might be under reported because of the stigma associated with monkeypox. More studies are needed to understand how symptoms may vary in different populations, particularly in countries where the virus has caused outbreaks for years, he said.