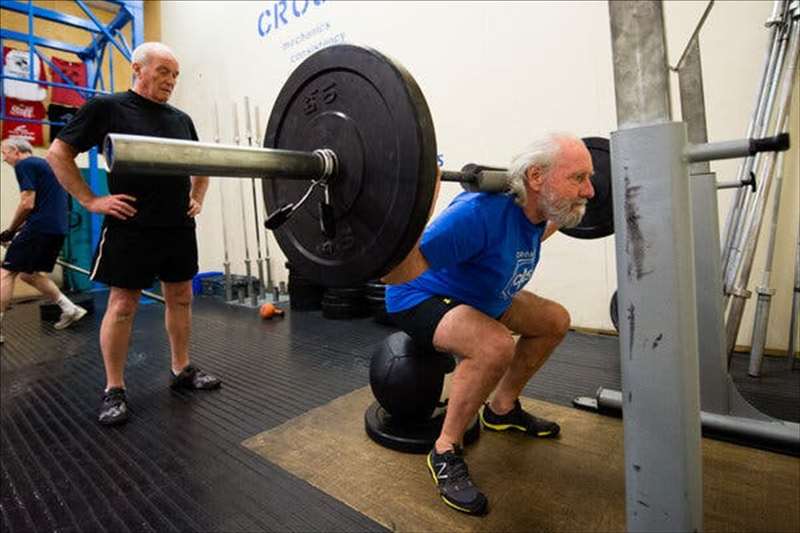 Millions of patients with knee osteoarthritis are told to exercise. A new study casts doubt on what sort of exercise is helpful.

The idea made so much sense that it was rarely questioned: exercise to strengthen muscles around the knee helps patients with osteoarthritis, making it easier and less painful to move the inflamed joint.

You might expect some easing in pain in the patients who exercised. But why would those who didn’t exercise also report an improvement? “It’s an interesting dilemma we’ve been put in,” Dr. Messier said.

A simple placebo effect might explain why they felt better, he said. Or it could be something scientists call a regression to the mean: Arthritis symptoms tend to surge and subside, and people tend to seek out treatments when the pain is at its peak. When it declines, as it would have anyway, they ascribe the improvement to the treatment.

Dr. David Felson, a professor of medicine at Boston University, argued that the study did not find strength training was useless. But instead, the trial showed that very aggressive strength training was not helpful and might actually be harmful, he said, especially if the arthritic knees are bowed inward or outward, as is common.

Strong muscles can act like a vise, putting pressure on tiny areas of the knee that bear most of the load when we’re walking. When Dr. Felson scrutinized the study’s data, he saw signs that the high-intensity group experienced slightly more pain and worse functioning.

Patients tend to resist advice to exercise at all, said Dr. Robert Marx, a professor of orthopedic surgery at Weill Cornell Medical College in New York City: “They want a reason not to exercise, asking: ‘Will it make my arthritis better? Will it make my X-rays better?’”

He tells them that the answer to their questions is no, but that exercise stabilizes the joints. Although it is not as effective against pain as anti-inflammatory drugs, “it is one piece of arthritis treatment.”

He also noticed that half of the participants in his study were overweight or obese. “What if we added weight loss to exercise?” he asked.

But he had long wondered whether the intensity of strength training mattered. In previous studies, participants had used weights that fell far short of what they could actually lift; the trials lasted just six to 24 weeks, and patients showed only modest improvements in pain and functioning.

Despite the new, unexpected results, Dr. Messier still urges patients to exercise, saying it can stave off an inevitable decline in muscle strength and mobility. But now it seems clear there is no particular advantage to strength training with heavy weights instead of a moderate-intensity routine with more repetitions and lighter weights.

Arthritis, he noted, is a chronic degenerative disease of the entire joint. “There are a lot of things going on,” Dr. Messier said. “It’s not just degradation of the cartilage.”

But, he added, he believes the best non-pharmaceutical intervention for knee arthritis pain is a 10 percent weight loss and moderate exercise.

Dr. Messier is now planning that his next study will combine weight loss with exercise in people at risk for knee osteoarthritis, in the hopes of preventing the onset of this disabling disease.