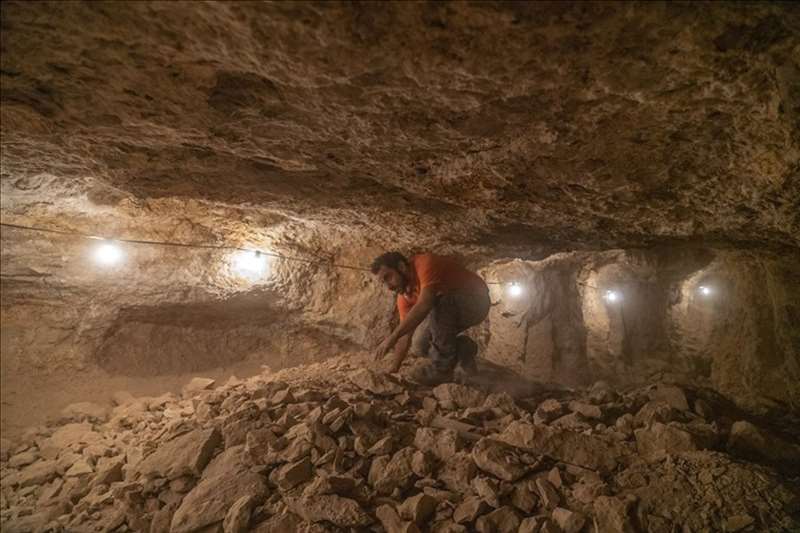 The Israel Antiquities Authority announced Tuesday that a four-year archaeological project uncovered portions of the Book of the Twelve Minor Prophets, including the books of Zechariah and Nahum. It was the first such discovery for 60 years.

Also uncovered was a 6,000-year-old skeleton of a partially mummified child and a 10,500-year-old basket, which Israeli authorities said could be the oldest in the world. A CT scan revealed the child’s age was between 6 and 12 — with the skin, tendons and even hair partially preserved.

Among the recovered texts, which are all in Greek, is Nahum 1:5–6, which says: “The mountains quake because of Him, And the hills melt. The earth heaves before Him, The world and all that dwell therein. Who can stand before His wrath? Who can resist His fury? His anger pours out like fire, and rocks are shattered because of Him.”

The authority said these words differ slightly from other Bible versions, shedding a rare light on how biblical text changed over time from its earliest form.

“It is very exciting to see these finds and expose them to the public, finds which shed great light on our history,” Avi Cohen, CEO of the Ministry of Jerusalem and Heritage, said. “These finds are not just important to our own cultural heritage, but to that of the entire world.”

Other items include a cache of coins bearing Jewish symbols, including a harp and a date palm, arrowheads and spearheads, woven fabric, sandals and lice combs — all thought to date from the end of the Bar Kokhba Revolt (132-136 A.D.), in which Jews fought against Roman rule in Judea.

Using methods more likely to be seen in a Hollywood movie than in an archaeological project, researchers had to rappel down a precarious cliff face to reach the cave opening, which is 262 feet below a cliff top and flanked by gorges on either side. Drones were also used to survey hard-to-reach parts of caves.

The authority was keen to point out in its announcement Tuesday that accessing the cave is forbidden on safety grounds.

The remarkable discoveries were made during an Israeli project to prevent looting in the Holy Land, which experts says has been a constant threat to undiscovered artifacts since the first Dead Sea Scrolls discovery.

Antiquities Authority Director Israel Hasson, who launched the operation, urged the Israeli government to do more to protect other undiscovered treasures.

“The newly discovered scroll fragments are a wake-up call to the state. Resources must be allocated for the completion of this historically important operation,” he said.

“We must ensure that we recover all the data that has not yet been discovered in the caves, before the robbers do. Some things are beyond value.”

Patrick Smith is a London-based editor and reporter for NBC News Digital.