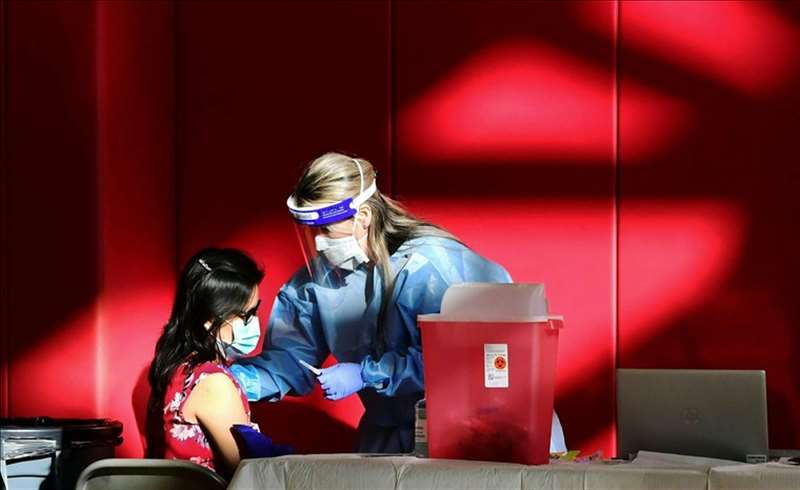 One hundred days after the United States started administering Covid-19 shots, it is in a somewhat surprising place: The vaccination effort is, by most accounts, going well.

Many caveats apply. It’s early still, with two-thirds of adults not yet having received a single dose. The distribution has been uneven, including along racial lines. And coronavirus variants threaten to cause fresh outbreaks even as more states and counties move toward relaxing restrictions.

But despite the challenges that remain, the rollout of the vaccines has gone far better than many Americans feared it would in late December, when state and local officials seemed unable to get doses off the shelves.

“Watching the early days of the rollout in December and January and seeing how little of a plan there was, how little federal guidance there was, how much improv seemed to be involved — everybody was kind of inventing it as we went along,” said Dr. Robert Wachter, chair of the department of medicine at the University of California, San Francisco.

But now, the success of the vaccine distribution stands as a possible morale boost for a country in which many people wondered last year whether their government was still capable of accomplishing ambitious projects.

“What we’ve shown in the past couple months is we’re capable of performing quite well at a local, regional and national level in doing a hard thing,” Wachter said.

Among experts, a deep sense of foreboding began to take hold.

Robb Cowie, a spokesman for the Oregon Health Authority, said in an interview that back then, states weren’t getting consistent guidance on subjects like eligibility, so they all made different choices, leading to confusion. “Our Phase 1A looked different from other states’ Phase 1A,” he said.

Public health experts and government agencies searched episodes from American history — from the World War II-era Manhattan Project to develop the first atomic bomb to the 1950s rollout of the polio vaccine — to try to underline the scale of effort the country required.

“We had to invent a whole new way of distributing vaccines on the fly,” Cowie said. “It’s certainly been rocky at different points in time.”

In the months since, many things have gone right to turn the effort around, experts said: the opening of mass vaccination clinics, the training and sign-up of new vaccinators and volunteer help, the ramp-up in manufacturing, the building of scheduling tools, the proliferation of mobile and pop-up clinics, the involvement of drugstores, and the use of federal resources such as the Federal Emergency Management Agency.

Wachter, who was often critical of the pandemic response during the Trump administration, said President Joe Biden taking office Jan. 20 made a marked difference.

“The Trump administration has to be given tremendous credit for the development of these vaccines. I think Operation Warp Speed will go down as one of the policy triumphs,” he said.

But, he added: “They concentrated way too little on sweating the small stuff of, ‘Now we’ve got vaccines — what’s next?’ They left it up to states and localities to sort it out themselves.”

“If you look across the globe, we’re in an incredible place, so we’re very thankful,” said Luke Davies, administrator of the Chelan-Douglas Health District in rural Washington state. He said his district is working to hire more than 20 people to help with vaccinations, in anticipation of a ramp-up in supply over the next several weeks.

But, he said, he’s not taking anything for granted, especially as new variants of the coronavirus spread.

“Everyone’s on pins and needles: Are we going to be able to vaccinate people soon enough? Or are we going to get caught in a similar position to last year?” he said. “We’re cautiously optimistic that we’re headed in the right direction.”

“The governors or the public health infrastructures in certain states have been granted permission to make terrible mistakes,” said Michael Kinch, a biochemistry professor at Washington University in St. Louis.

“We’ve essentially conducted 50 separate experiments within the United States alone. Ultimately, it will be important to grade them and say, what did we do well and what did we not do well?”

Michael Osterholm, director of the Center for Infectious Disease Research and Policy, warned that the success so far of the vaccination program may obscure how difficult the rest is going to be. The first quarter of the population to be vaccinated may be the easiest quarter, he said.

“Early on, we have high interest in vaccines, with a segment of the population that can’t get it fast enough,” he said. “We’re going to very quickly make a transition to those who don’t want it. And we’ve got some real work ahead of us to get those people vaccinated.”

“What could be really great news today could begin to look much more like a challenge in the future,” Osterholm said.