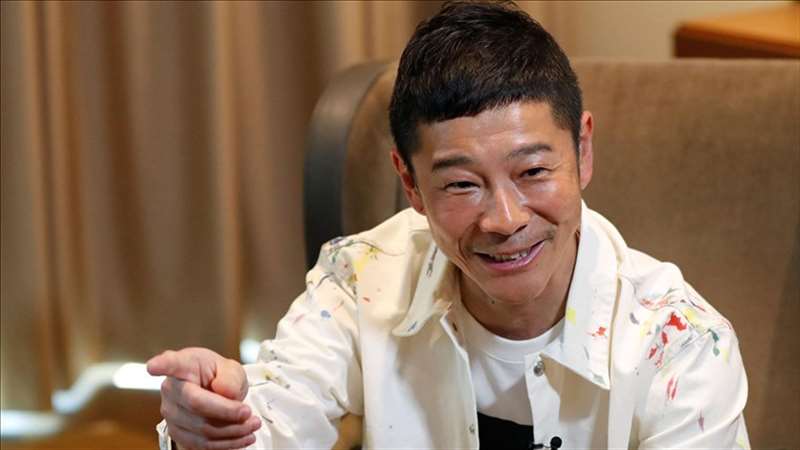 Maezawa, 45, has promised to cover the costs for those selected in his mission, titled dearMoon.

Approximately 12 people in total will fly around the moon and back on the week-long voyage, Maezawa said.

“I have bought all the seats so it will be a private ride,” he added.

Originally Maezawa had planned to invite six to eight artists to join him but on Wednesday he revealed he would be broadening the pool of applicants.

“I wanted to reach out to a wider more diverse audience,” he said, speaking from his home in Chiba, Japan. “If you see yourself as an artist then you are an artist.”

Known for his high spending on art and sports, Maezawa is no stranger to publicity stunts and has a penchant for musing on ideas, such as a world without money.

In Wednesday’s video appeal, the entrepreneur sat behind a painting of crows and herons by Hasegawa Tōhaku — one of Japan’s most prominent artists — and spread his arms to mimic a bird spreading its wings.

The specifics of the selection criteria remain unclear. The application link asks for basic details before disclosing the admission process.

In his video the entrepreneur said applicants would be judged on their ability to “push the envelope” creatively, and willing to help other crew members do the same.

The mission would mark the first lunar journey by humans since 1972.

Yasmine Salam is a news associate for NBC News based in London.