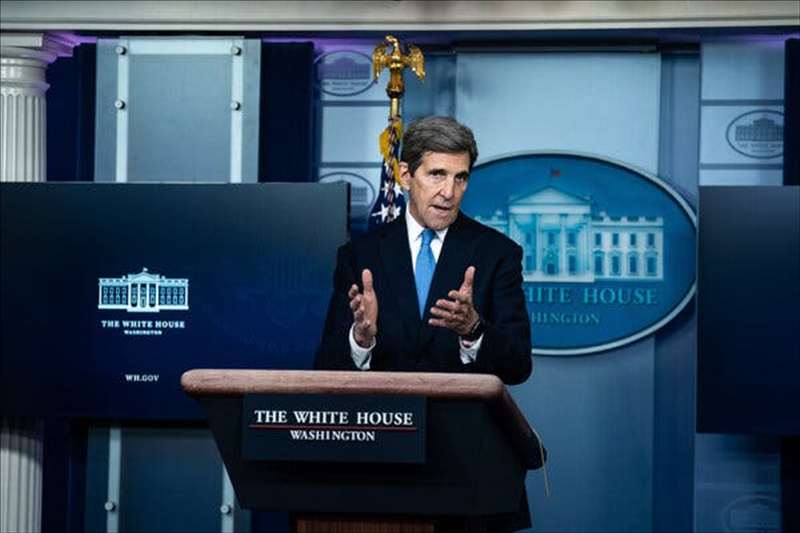 John Kerry’s remarks stood in sharp contrast to the American stance under the previous administration, which tried to block even general mentions of global warming at the world body.

The United States climate envoy, John Kerry, on Tuesday warned that global warming was making the world a more dangerous place and posed risks to peace and security around the world.

Failing to address the threats of climate change is “marching forward to what is almost tantamount to a mutual suicide pact,” Mr. Kerry said in a session of the United Nations Security Council attended by presidents and prime ministers from several countries.

“We bury our heads in the sand at our own peril,” he went on. “It’s urgent to treat the climate crisis as the urgent security threat that it is.”

Climate change has been coming up in the Security Council for more than a decade, but the Tuesday meeting was notable for its stark contrast to the last four years, when the United States, under the presidency of Donald J. Trump, sought to block even general mentions of climate science in United Nations proceedings.

Mr. Kerry noted the “inexcusable absence” of United States leadership on climate in the previous four years. As president, Mr. Trump pulled the United States out of the Paris Agreement, the global accord designed to limit emissions of greenhouse gases. President Biden began the process of rejoining as soon as he was sworn in.

The Security Council has the power to impose sanctions and authorize peacekeeping missions to countries, which is why countries argue about what it should and should not address.

Mr. Kerry’s remarks were part of a diplomatic squabble that broke out among powerful countries over whether climate change should even be discussed in the world body, which was designed to tackle war and peace.

Russia, India and China — all among the world’s biggest producers of greenhouse gas emissions — argued that climate change could be addressed in other ways. New global fault lines began to emerge.

India’s environment minister, Prakash Javdekar, dismissed the idea of climate change as a driver of conflict. China’s climate envoy, Xie Zhenhua, framed climate change as a development issue. Russia’s ambassador to the United Nations, Vassily A. Nebenzia, waxed philosophical about rising temperatures. “Are they really the root causes of these conflicts?” he asked.

The session led to nothing concrete. But the fact that it happened at all, and that several presidents and prime ministers participated, sent a signal that climate change is becoming increasingly important among United Nations member states, particularly with the United States taking it on. “The Biden team’s emphasis on global warming has changed the incentive structure in the Council, and I think a lot of states are going to be flagging the issue this year,” said Richard Gowan, an analyst at the International Crisis Group.

Prime Minister Boris Johnson of Britain, whose country serves as the rotating chair of the Security Council this month, opened the session by saying, “I know that there are people around the world who will say that this is all kind of green stuff from a bunch of tree-hugging tofu-munchers and not suited to international diplomacy and international politics.” He added: “I couldn’t disagree more profoundly.”

Britain hosts the next United Nations climate negotiations, to be held in November in Glasgow.