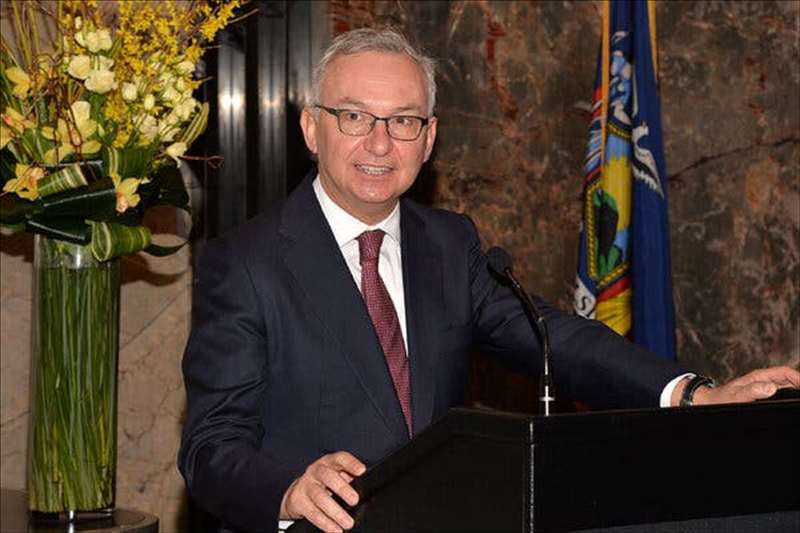 He was a top executive at Memorial Sloan Kettering before resigning over payments from health care companies. He went on to lead cancer research at AstraZeneca.

Dr. José Baselga, a renowned cancer researcher and pharmaceutical executive whose work helped transform the treatment of breast cancer patients, died on Sunday. He was 61.

His employer, the drug maker AstraZeneca, confirmed the death but did not say where he died. The Washington Post reported that he died at his home in the Cerdanya region of Spain and that he had maintained another home in New York City. His family confirmed that the cause was Creutzfeldt-Jakob disease, a rare neurological disorder, but declined to comment further.

“His visionary leadership, deep scientific expertise and strategic insight have delivered so many achievements that we can all be proud of and that will benefit patients’ lives in the years to come,” Pascal Soriot, AstraZeneca’s chief executive, said in a statement.

In a decades-long career in the United States and his native Spain, Dr. Baselga was known for his work in developing and testing targeted cancer treatments, including the breast cancer treatment Herceptin, a monoclonal antibody that zeroes in on a particular protein, known as HER2, which is implicated in aggressive and deadly breast cancers.

Dr. Baselga led an early-stage clinical trial of Herceptin, and his research contributed to the recognition that when the drug was combined with chemotherapy, it extended the lives of women with so-called HER2-positive breast cancer, said Dr. Clifford Hudis, the chief executive of the American Society of Clinical Oncology.

“It’s the dream that everybody has when you do research,” said Dr. Hudis, who had known Dr. Baselga since the 1980s. “He was dedicated to translational research, and he was unbelievably demanding when it came to execution. He expected everything and everybody to understand his vision and to deliver on it.”

Dr. Baselga was also involved in the clinical development of other breast cancer drugs like Perjeta, or pertuzumab, and Afinitor, or everolimus. More recently he studied the development of drugs targeting tumors that have a mutation known as PI3K. His work also focused on drug resistance in some cancers.

José Baselga was born in Barcelona on July 3, 1959, and earned his medical and doctoral degrees from the Autonomous University of Barcelona. He caught the attention of cancer researchers after participating in a medical fellowship at Memorial Sloan Kettering, where he worked with Dr. John Mendelsohn in researching the use of monoclonal antibodies in targeting certain proteins associated with aggressive cancers, including lung and breast cancers.

Dr. Larry Norton, a senior vice president at Memorial Sloan Kettering and the medical director of the hospital’s Evelyn H. Lauder Breast Center, quickly took an interest in Dr. Baselga and served as an early mentor. “He was an artist,” Dr. Norton recalled, adding that he had “a driving force within him, and he would focus all of his energies on accomplishing what was necessary to fulfill that vision.”

Dr. Baselga returned to Spain in 1996 to found the Vall d’Hebron Institute of Oncology at Vall d’Hebron University Hospital in Barcelona. Under his leadership, the center became an international powerhouse in cancer research, testing targeted cancer therapies in early-stage clinical trials. Dr. Baselga became a well-known figure in Spain.

“Spain was not known in the world as a cancer research place,” Dr. Antoni Ribas, the president of the American Association for Cancer Research, who did his medical residency at Vall d’Hebron just before Dr. Baselga assumed his role there, said in a phone interview. “He put Vall d’Hebron, Barcelona and Spain on the map of cancer research.”

In resigning, he said he was “extremely proud” of his work at Sloan Kettering and added, “It is my hope that this situation will inspire a doubling down on transparency in our field.”

His departure led the cancer center to overhaul its conflict-of-interest policy. Dr. Baselga later stepped down from the boards of Bristol-Myers Squibb and the radiation equipment manufacturer Varian Medical Systems.

“I will continue to be inspired by his work and vision,” Mr. Soriot said.