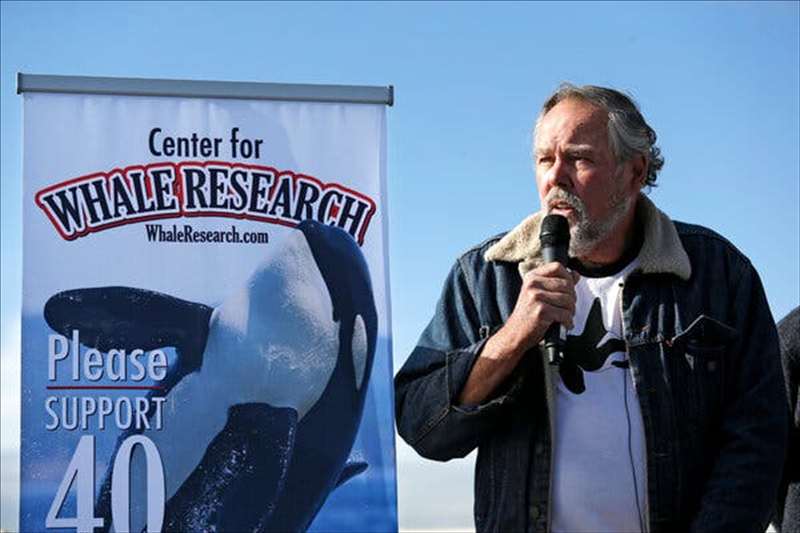 Ken Balcomb, whose meticulous decades-long effort to track a population of killer whales in the Pacific Northwest did much to transform the marine mammals’ image from soulless predators to compassionate creatures worth protecting, died on Dec. 15 at a ranch house on the Elwha River, west of Seattle. He was 82.

His son, Kelley Balcomb-Bartok, said the cause was prostate cancer.

At the time the center was founded, orcas were still poorly understood sea creatures. They were feared by fishermen, who saw them as competition, and gawked at by tourists, who saw them performing in amusement parks across the country. During the 1960s and ’70s, hunters rounded them up like cattle for sale to the parks; they used stun bombs and nets to capture dozens of them, but killed at least 13 in the process.

People also thought that orcas were numerous, living far out in the Pacific and only occasionally coming close to land, part of the sea’s supposedly limitless bounty. Mr. Balcomb’s research, including an annual survey begun in 1976, showed otherwise: The orcas found in the waters off Seattle’s shoreline were mostly neighbors, not transients — and there were far fewer of them than suspected.

For about seven months every year, he and a small team of researchers, along with a larger group of volunteers, spent every day on the sound and its surrounding waters, cataloging orcas. They took photographs to document newborns, and they noted which ones were absent and perhaps dead.

Mr. Balcomb knew the whales so well that he could call out an animal’s catalog number — he wasn’t much for nicknames — just by looking at the distinctive white patch behind its dorsal fin. By the early 2000s he had known most of his subjects from birth, and they seemed to know him. They would swim up to his boat to display their young, or poke alongside playfully as he returned to shore.

He rigged his home, on the northwest shore of San Juan Island, with a stereo linked to hydrophones out in the water. When an orca passed, he could often identify its whale song.

Mr. Balcomb was a cross between an old-school naturalist and a modern environmentalist, though he looked every bit the weather-beaten fisherman: stout, with a thick white beard and facial creases like canyons.

He never made a lot of money, and he lived mostly off donations and grants. But he didn’t need much, just enough to keep his boat in shape and his gear up to date. He could be ornery if he didn’t get out on the water often enough.

“He was the kind of person they don’t make anymore,” Mr. Safina said. “His life existed in relationship to his natural environment, an extreme intimacy that is way more than most researchers have.”

Kenneth Chester Balcomb III was born on Nov. 11, 1940, in Clovis, N.M. His father, Kenneth II, was nicknamed Blue and later, after he and Ken’s mother divorced, became a leading figure in Colorado’s struggle with California over access to water.

Ken’s mother, Barbara Jean Bales, a singer, moved with him to Carmichael, Calif., north of Sacramento. He found himself drawn to the sea: As a teenager he wandered the shore of Point Reyes looking for whale bones. He attended American River Junior College, in Sacramento, before transferring to the University of California, Davis, where he graduated in 1963 with a degree in zoology.

He married Ann Blomquist in 1961. Their marriage ended in divorce, as did three more. Along with his son, he is survived by his brothers, Howard Garrett, Scott Balcomb and Mark Balcomb; and two grandchildren.

After college, Mr. Balcomb went to work for the U.S. Fish and Wildlife Service, then at a whaling station in Richmond, Calif., one of the last of its kind in the country. His son remembered visiting him at work, sitting on his shoulders to avoid walking through ankle-deep pools of whale blood.

He also spent a year studying whales at the University of California, Santa Cruz, but found that his real calling was in the field.

Mr. Balcomb joined the Navy in 1967. Trained as a pilot, he ended up as an oceanographic specialist, listening for hours for the underwater pings that might herald a Soviet submarine. What he heard much more often were whales, their eerie, low-pitched songs reverberating through the water for hundreds of miles.

After leaving the military, he went back to work for the federal government, this time focused on whale tracking in the Pacific Northwest. In 1976, the same year he began his orca survey, he became the research director for the Ocean Research and Education Society in Gloucester, Mass., where he tracked humpback whales in the Atlantic.

By the mid-1980s he was spending all his time on the Pacific coast, overseeing a growing operation at the Center for Whale Research. Though it had an official title and produced impressive results, the center was mostly just Mr. Balcomb. Volunteers came from all over the country to camp out in his yard, eat in his kitchen and head out every morning on his boat, the Chimo.

Thanks to the public and scientific awareness his work raised, orca hunting had declined by the 1980s, and the Southern Resident orca population bloomed. Office workers in Seattle skyscrapers thrilled to see pods playing out in the sound, and tourists packed excursion boats to get close to them.

But their numbers soon began to decline again, in part because of the accumulation of toxins in the water, but mostly because of the parallel decline in the numbers of Chinook salmon, orcas’ favorite food. Dams built in the mid-20th century had choked off the fishes’ breeding grounds, and the orcas were starving. By the 2010s they were down to about 70.

Mr. Balcomb lobbied Washington State and the federal government to remove the dams, and several did come down. In 2020 the Center for Whale Research bought its ranch along the Elwha River, in part to protect the Chinook that spawned there.

Still, he grew pessimistic about the future of his aquatic friends. The population had plateaued, but birthrates were declining.