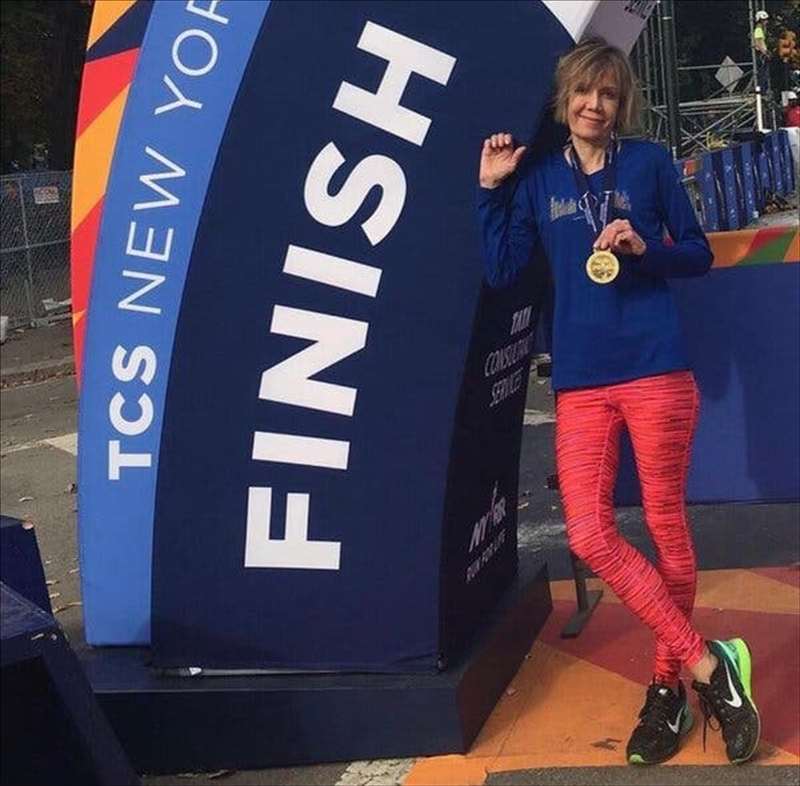 A machine that acted as an artificial lung kept her eligible for a transplant as she dealt with cystic fibrosis. She went on to compete again in marathons.

Liesbeth Stoeffler’s doctors had a bold decision to make in 2009. Ms. Stoeffler was on a ventilator and deeply sedated after cystic fibrosis had destroyed the lungs that had once given her the ability to run and hike.

She needed a double-lung transplant, but doctors worried that prolonged time on the respirator might render her too weak or malnourished to stay eligible for one.

So doctors at Columbia University Irving Medical Center took her off the ventilator after about a day and hooked her to an extracorporeal membrane oxygenation machine, or ECMO, which pumped blood from her body, removed carbon dioxide from it and sent oxygen-rich blood flowing back into her. In effect, it acted as an artificial lung.

“The ECMO was the bridge between my respiratory failure and the transplant,” Ms. Stoeffler told USA Today in 2009.

Ms. Stoeffler’s transplanted lungs worked well for nearly a decade, enabling her to hike in the mountains near her childhood home in Austria and finish two New York City Marathons,half-marathons, an Ironman bicycle course and a sprint triathlon.

But her body eventually rejected the transplanted lungs, and she underwent another transplant in 2019. It did not work as well or last as long. Ms. Stoeffler died of cystic fibrosis on March 4 at the Irving Medical Center, her brother Ewald Stoffler said. She was 61.

Liesbeth Stoeffler was born on June 18, 1959, in Hermagor, Austria, a town at the foot of the Carnic Alps. Her father, Johann, was a truck driver; her mother, Margarethe (Strempfl) Stoeffler, was a homemaker.

After finishing trade school, she left Austria in 1977 for an au pair job in Manhattan, where she had hoped to move since she was young, her brother said in an email.

“During the first three years Liesbeth spent in New York, she refused to speak a single word of German,” Mr. Stoeffler wrote, “so she can learn English as fast and as good as possible.”

She took classes in computers and graphic design and was hired by Deutsche Bank, the Blackstone Group and finally the investment management firm Sanford C. Bernstein (now AllianceBernstein). She worked there for nearly 20 years, rising to vice president and presentation specialist and creating graphics for marketing and sales documents.

She began to experience breathing problems while at Bernstein and learned she had cystic fibrosis in 1995. But she kept it largely to herself.

“She was always coughing, causing her co-workers to ask her to check it out,” said Christina Restivo, a close friend who had met her at Bernstein and was the leader of a support team of friends who looked after her. “She kept it private until she was so far along that the only way to live was with a double transplant.”

In June 2009, after a routine blood test at the hospital, Ms. Stoeffler felt too exhausted to return home. One of her doctors, David Lederer, a pulmonologist, admitted her.

Ms. Restivo said that her friend’s running had probably extended the life of her transplanted lungs.

“Because your immune system is so suppressed by having a transplant, she was told not to exercise in a gym, where she could pick up bacteria,” she said. “She used the outdoors to exercise her lungs.”

In addition to her brother Ewald, Ms. Stoeffler is survived by three sisters, Gabriele and Birgit Stoeffler and Waltraud Wildpanner; and another brother, Hannes.

Ms. Restivo, who is the executor of Ms. Stoeffler’s will, said Ms. Stoeffler would sometimes text with instructions to give the doctors. Another text arrived on her last day.

“I got a call to go to the hospital at 3:30 a.m. in the morning,” she said. “Liesbeth, with her oxygen mask on, was still alert, texting me as usual, telling me what to do and keeping me advised of her status. Fully cognizant at all times.”