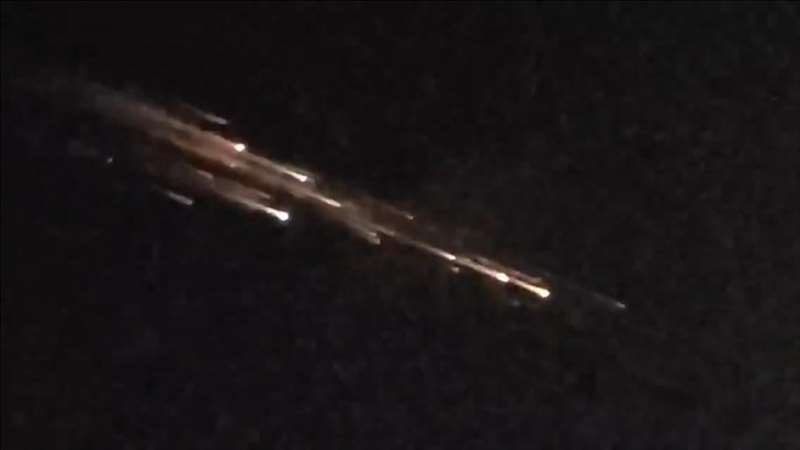 A mysterious streak of lights dazzled the night sky over parts of Oregon and Washington, leaving stargazers wondering what the unusual sighting might be.

A deorbit burn takes place when a spaceship fires its engine before re-entering the Earth’s atmosphere.

Social media users in Seattle and Portland saw the spectacular display over the Pacific Northwest sky as the debris reentered orbit at around 9 p.m. PT.

“Based on the observed video, this looks more likely than a bolide meteor or similar object as they would be moving far faster on impact with our atmosphere. There are no expected impacts on the ground in our region at this time,” NWS Seattle added in a separate tweet.

Others said the bright streaks were caused by the SpaceX Falcon 9 rocket coming back down from its orbit.

Davenport said the debris was part of the SpaceX rocket, which launched in early March, adding that the rocket “did not come down where we expected it to.”

“And so it’s been waiting to fall for the last three weeks and we got lucky and [it] came right over our heads,” he added.

He said the debris was likely about 30 miles into the atmosphere and it was unlikely that any substantial pieces would reach the ground.

SpaceX did not immediately respond to a request for comment.

Yasmine Salam is a news associate for NBC News based in London.