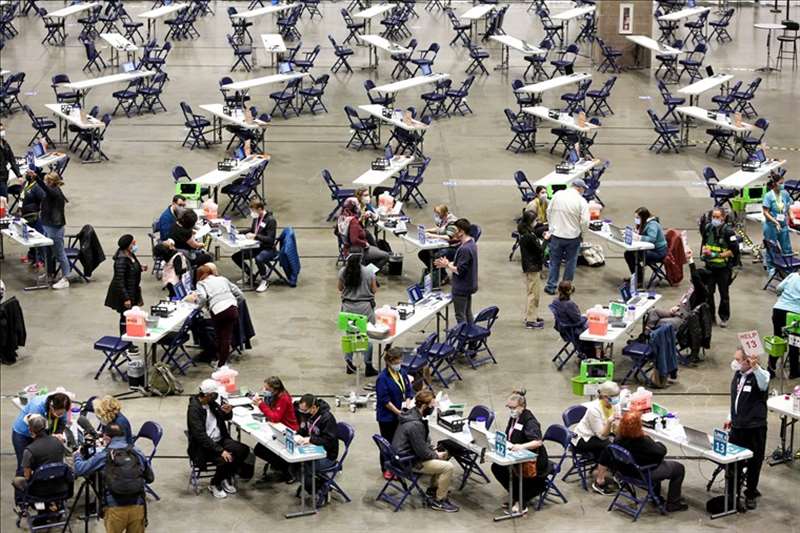 Like other recent surveys, Luntz found that about a quarter of Trump voters said they “definitely will not” get vaccinated, while another 21 percent said they wanted to wait more than a year.

Of particular concern were younger Republican women, people without a college education and residents of small towns and rural areas. Rural and young Republicans (between the ages of 18-49) both split almost exactly evenly, 49-51 percent, when asked if they were more afraid of getting Covid-19 or getting the vaccine.

But the good news, according to Luntz, is that these Americans trust their doctors and can be convinced with a positive message about the benefits and safety of the vaccines, not the risks of skipping it.

Prevention and protection were also effective messages, Luntz found, such as comparing the vaccine to wearing a seat belt and telling people it could prevent tens of thousands of deaths. To assuage concerns about safety, he suggested reminding people that nearly every doctor has chosen to take it.

Notably, Luntz found that messages focused on reopening the economy are not as effective.

“They want to hear unbiased, unpoliticized facts and data from doctors and medical professionals, not politicians,” Luntz said. “Then they want to make their own decisions. We heard very clearly they don’t want to be told what to do by Washington, but they’re open to listening to facts so they can make an informed decision.”

That includes Trump. When asked if they’d be more likely to get vaccinated if their doctor or Trump recommended it, 81 percent said their doctor.

The former president is easily the most trusted political figure on the right on the vaccine. And respondents were more favorable to the vaccines when reminded that they were developed under his presidency and that he got the shot himself (though he kept that secret for months).