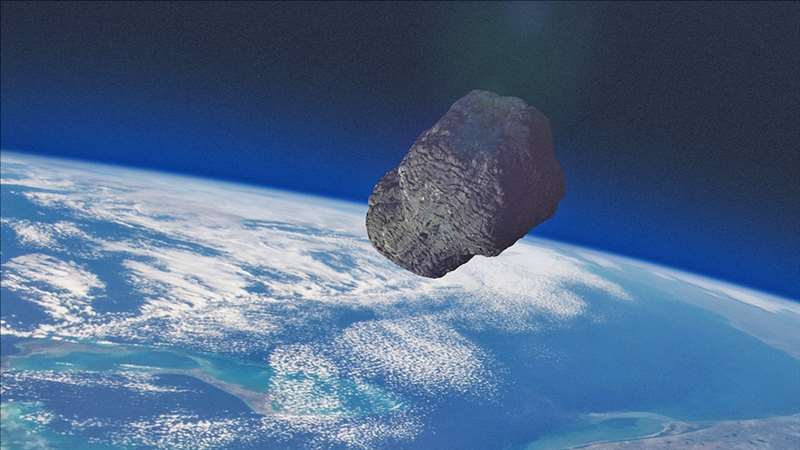 “As the object … penetrated deeper into the atmosphere, pressure built up on its front while a partial vacuum formed behind it. About 30 miles up, the pressure difference between front and back exceeded its structural strength,” NASA Meteor Watch wrote.

Furthermore, the pressure wave experienced after its fragmentation could cause minor tremors and be detected by infrasound stations.

“In the case of last night, we were obtained infrasound measurements from three nearby stations — the amplitudes and durations of the signals put the energy of the fireball fragmentation at 440 pounds (200 kilograms) of TNT,” the government organization wrote. “We can combine this energy with the speed to get a mass and size of the object — 10 pounds (4.5 kilograms) and 6 inches (15 centimeters) in diameter.”

“Kids were playing outside and described it as ‘big trucks crashing,'” she wrote.

“I didn’t get a video, but I definitely saw it in Watertown, MA. It was dusk, so the sky was fading to a deeper blue, and I saw a bright red, orange and yellow streak to the north of me,” wrote Dan Nystedt. “I thought it must have been something much bigger than a standard ‘shooting star’ to be so visible when not totally dark yet.”