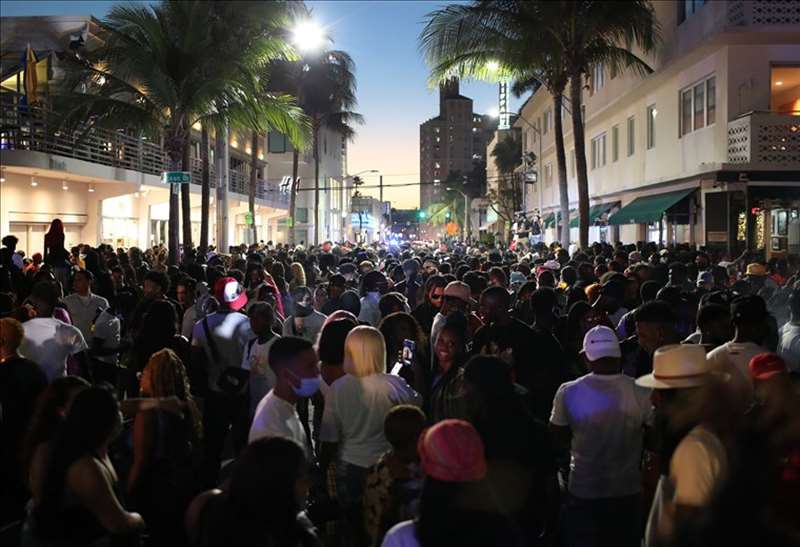 “There’s no doubt that Miami, and the Miami area, and the state are probably one of the most open states in the entire country,” Miami Mayor Francis Suarez, a Republican, said on MSNBC.

“That’s created sort of a perfect storm where you have people that can come to Miami. It’s very inexpensive. I’ve been told some of the flights are $50 and even the hotels are very inexpensive. So, it’s been a very difficult mix of inexpensive flights, inexpensive hotels and being known as probably the most open place in the country.”

Suarez spoke out a day after city leaders on the other side of Biscayne Bay in Miami Beach voted to extend an 8 p.m. curfew in the South Beach entertainment district to the end of this month and possibly into the middle of April.

“We’re obviously preparing ourselves for the possibility that there may be spillover from some of these actions that are taken in Miami Beach with the early curfews and the early shutting down of the causeways of people entering Miami Beach, so we’re prepared for that,” he said.

Suarez’s concerns about a deluge of spring break visitors from afar who are unwilling to wear masks or practice social distancing — and are not required by local authorities to do so — have been echoed for weeks by public health experts.

Since February, when the invasion began, the police in Miami Beach have made more than 1,000 arrests — half of them out-of-state residents.

Local police have been stretched to the limit, so Miami Beach Mayor Dan Gelber has asked for reinforcements from neighboring Dade County communities, as well as the Florida Highway Patrol.

And the crowds that have descended on Miami Beach are different this year, the mayor said.

“I don’t see this is a sort of spring break thing, because I don’t think these are college kids,” he said Sunday. “I think it changes the nature of what we’re in front of here. I think there are very few places that have been open as our state has been open.”

In Florida, as is the case in most of the country, the daily numbers of Covid-19 cases, deaths and hospitalizations have been declining as more and more people have been getting vaccinated, according to NBC News figures.

Among other things, their hands-off approach to the pandemic, opposition to lockdowns and skepticism about the effectiveness of masks have been denounced by most public health experts.