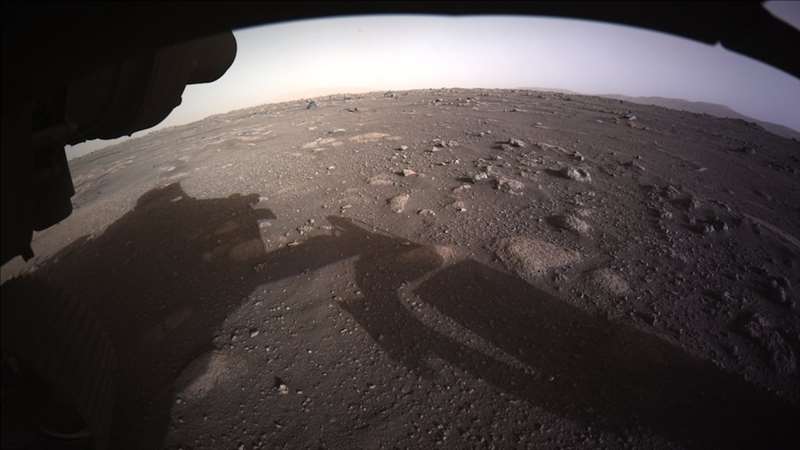 “And, I’m happy to say that I’m hopeful that we can contribute with this,” NASA Jet Propulsion Laboratory (JPL) Mars 2020 Chief Engineer Adam Steltzner stated.

Officials report that the spacecraft is healthy and that they successfully fired their low-gain antenna to receive commands and were testing to see if their high-gain antenna is green and nominal, had three successful ultra-high frequency relay passes, and fired their hazard-avoidance camera covers as well as a couple of other things related to the rover’s robotic arm.

“It couldn’t have been better. We were just kind of like on cloud nine … this weird dreamlike state. We’re like: ‘We can’t actually believe that this is what we’re seeing,'” JPL’s assistant strategic mission manager Pauline Hwang said.

“And, one of the things that the scientists have first started to think about when we look at images like this is what the rocks are made of and what they look like,” explained JPL Deputy Project Scientist Katie Stack Morgan. “And so, we’re picking out different colors and tones and textures to try to figure out what these rocks might represent and what depositional process might have put these rocks on the surface of Mars.”

Morgan noted that there were a “number” of different geological processes that could make holes in a rock like the holes seen in the image and one of the first questions the team is asking is whether the rocks represent a volcanic or sedimentary origin both of which “would be equally exciting.”

The images are no doubt critical components to the purpose of Perseverance’s astrobiological experiment.

After the test flights of NASA’s first-ever Mars helicopter Ingenuity, “Percy” will hunt for biosignatures and signs of ancient microbial life.

“In the days to come, engineers will pore over the rover’s system data, updating its software and beginning to test its various instruments. In the following weeks, Perseverance will test its robotic arm and take its first, short drive,” NASA said in a Friday news release. “It will be at least one or two months until Perseverance will find a flat location to drop off Ingenuity, the mini-helicopter attached to the rover’s belly, and even longer before it finally hits the road, beginning its science mission and searching for its first sample of Martian rock and sediment.”

Nevertheless, Thursday’s landing was a monumental victory for the agency.