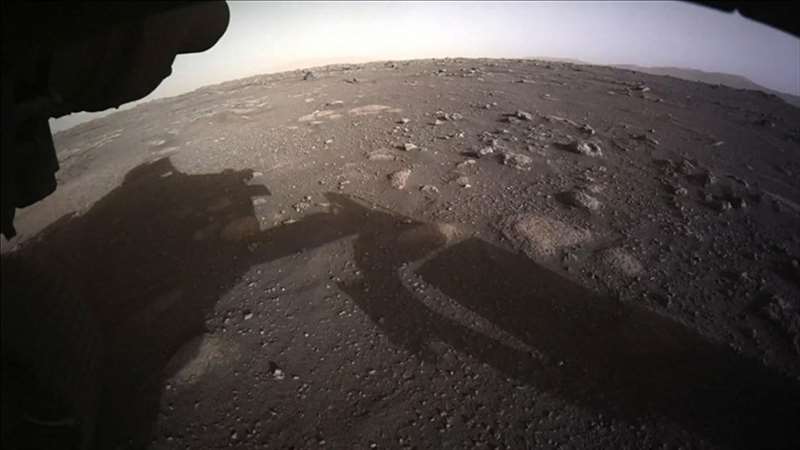 “The moment that my team dreamed of for years, now a reality. Dare mighty things,” read one tweet that was accompanied by a picture of the rover in midair right before landing.

A second photo shows the rover hanging from its parachute as it floated over Mars.

The rover touched down just before 4 p.m. ET Thursday, making it NASA’s fifth rover to land on Mars. It will remain there for a two-year mission to roam the red planet in search of signs of ancient microbial life and to collect what could be the first rocky samples from Mars that are sent back to Earth.

The mission will not only help answer questions about the planet’s history and evolution, but is also a critical step in NASA’s goal of sending humans to Mars.

“I’m amazed that everything went pretty much according to plan,” Steve Jurczyk, NASA’s acting administrator, said Thursday in a post-landing news briefing. “When I heard the touchdown signal come back and saw the first image, I cannot tell you how overcome with emotion I was and how happy I was.”

The rover, which launched into space in July 2020, landed in an area known as Jezero Crater, a 28-mile-wide basin that lies just north of the Martian equator.

Evidence shows that an ancient river once flowed into the crater, forming a delta billions of years ago that had all the right ingredients for life to arise. The Perseverance will roam this area inspecting rocks as old as 3.6 billion years and searching for traces of organic matter.

Minyvonne Burke is a breaking news reporter for NBC News.