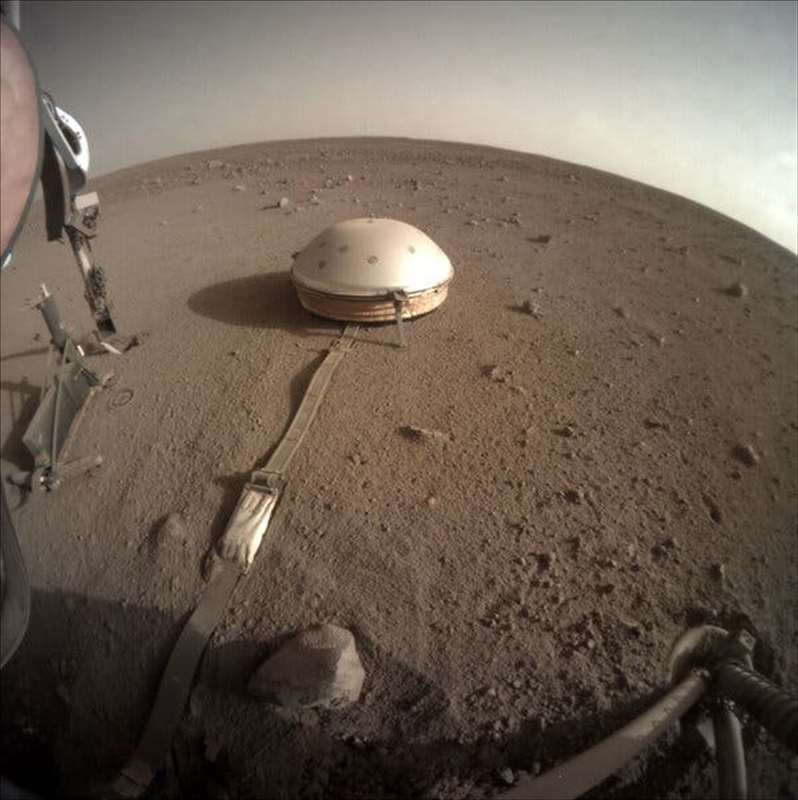 Parts of the new visitor will make large impacts that could be picked up by the InSight spacecraft’s seismometer.

“We have a reasonable chance of seeing it,” said Benjamin Fernando, a graduate student at the University of Oxford in England and a member of the InSight science team.

Unless something goes catastrophically wrong, the seismic signals that InSight might hear will not emanate from the rover itself. Perseverance is to be lowered to the surface from a hovering crane, bumping to the ground gently at slower than 2 miles per hour.

Rather, scientists will be sifting through InSight’s seismic data for signs of the impacts of two 170-pound blocks of tungsten metal that helped keep Perseverance in a stable, balanced spin during its 300-million-mile trip from Earth. At an altitude of 900 miles above Mars, they will be jettisoned as junk, and without parachutes or retrorockets to slow them down, they will then slam into the surface at some 9,000 m.p.h.

Coming in at a shallow 10-degree angle, the blocks’ impact will be to the east, which should create a splash of seismic energy heading toward InSight that would increase the chances of detecting the vibrations.

If the impact waves are detected, this will not just be a feat of technical skill. The data could help illuminate the structure of the crust of Mars.

But so far, the number of recorded meteor impacts is zero. Or at least there are no wiggles that the scientists could confidently conclude were generated by such collisions. The lack of obvious signals suggests the crust of Mars may be more similar to that of Earth’s moon than to Earth’s.

“Mars is probably somewhere in between the moon and the Earth,” Mr. Fernando said.

With Perseverance, however, the exact time and location of the landing will be known, and thus InSight scientists will know where to look in the seismic data and pull out a minuscule signal that would normally be overlooked.

With that knowledge, they could then sift through earlier data and look for similar patterns that could be meteor impacts.

Mr. Fernando and the other InSight scientists also considered other signals that the seismometer might pick up. Perhaps waves of air pressure from the sonic boom of the arriving Perseverance would be enough. Or the sonic boom would shake the ground, generating a wave that would travel to InSight.

But their calculations showed that those rumblings would be too small to be detectable.

They also considered looking out for larger pieces of the spacecraft like the heat shield that will also hit the ground. But those will be jettisoned at lower altitudes and not travel as fast, generating small seismic waves.

Weather could pose another complication. If the winds on Mars are too strong on Thursday, they could buffet InSight’s seismometer, creating noise that could also obscure the signal from Perseverance’s arrival.

What lies below the surface of Mars remains in large part a mystery. Indeed, the planet’s innards thwarted the other main objective of InSight, to deploy a heat probe, nicknamed the mole, that would hammer itself about 16 feet into the Martian soil. But the probe kept bouncing back up.

The sand around the mole exhibited an unexpected property of clumping, and that prevented sufficient friction for the device to propel itself more than 14 inches below the surface.

In January, NASA announced it was giving up on the mole. Nonetheless, the InSight mission was extended until December 2022, with the aim of gathering more seismic data.