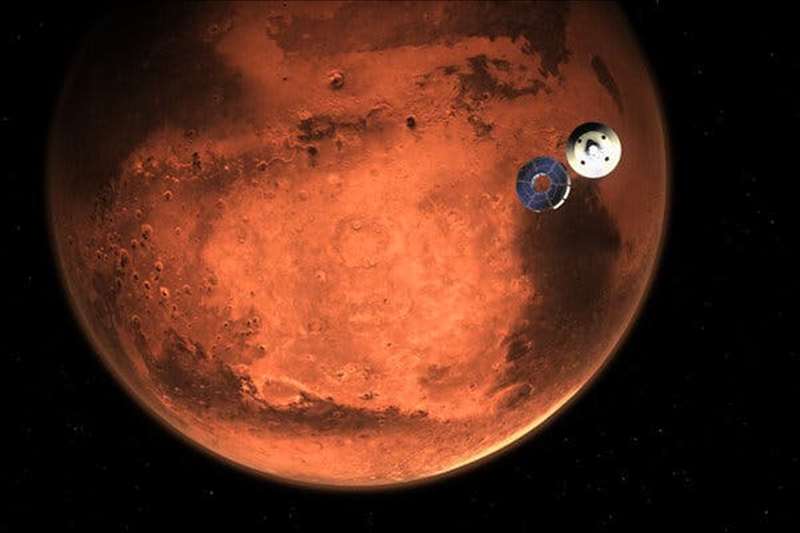 The Perseverance rover will attempt to touch down in one piece on Thursday. Here’s what you need to know.

But first, NASA’s mission has to land in one piece.

During the descent, the spacecraft will send updates on how it is doing. Because its main antenna will not be pointing at Earth, its direct communications will just be a series of simple tones.

“We can use those tones to tell us different things, like the heat shield has come off or something like that,” Allen Chen, the lead engineer for the landing part of the mission, said during a news conference on Wednesday.

It is possible that Perseverance will send back some photographs from the surface through NASA’s Mars Reconnaissance Orbiter, but they could take hours to arrive. “If we get that, that’s golden,” said Jennifer Trosper, a deputy project manager for the mission.

In a nutshell, Perseverance will have to decelerate from more than 12,000 miles per hour to a full stop during what NASA calls “seven minutes of terror,” for the period of time from the rover’s entry into the atmosphere until its landing. There is no chance for a do-over. The path of Perseverance will intersect with the surface of Mars. The only question is whether the rover will end up in one piece, ready to begin its mission, or smashed into many pieces.

The thin atmosphere of Mars adds several levels of difficulty. A spacecraft needs a heat shield, because friction from the air molecules heats its bottom side to thousands of degrees. But there is not enough friction to slow it down for a gentle landing with just parachutes.

The spacecraft will have to handle the landing operation all by itself. It takes 11 minutes for a radio signal to travel from Mars to Earth. That means if anything were to go wrong, it would already be too late by the time people in NASA’s mission operations center got word.

“It all has to happen autonomously,” said Matt Wallace, a deputy project manager. “Perseverance really has to fight her way down to the surface on her own. It’s something like a controlled disassembly of the spacecraft.”

About 80 seconds after entering the atmosphere, the spacecraft experiences peak temperatures, with the heat shield on the bottom of the capsule reaching 2,370 degrees Fahrenheit. Inside the capsule, it’s a lot less toasty — about room temperature. As the air becomes denser, the spacecraft continues to slow.

Small thrusters on the top of the capsule fire to tweak the angle and direction of its descent and keep it on course toward its landing site.

At an altitude of about seven miles, four minutes after entry into the atmosphere, the capsule is traveling at a speed under 1,000 miles per hour. It then deploys a huge parachute, more than 70 feet in diameter.

The spacecraft now drops the heat shield, allowing cameras and other instruments to take note of the terrain below to determine its position.

Even with the huge parachute, the spacecraft is still falling at about 200 miles per hour.

The next crucial step is called the sky crane maneuver. The top of the capsule, called the backshell, is let go and is carried away by the parachute. There are two pieces of the spacecraft left. The top is the descent stage — in essence a rocket-powered jetpack carrying the rover beneath it. The engines of the descent stage fire, first steering to avoid a collision with the backshell and the parachute. Then the engines slow the descent to less than two miles per hour.

About 66 feet above the surface, the rover is then lowered on cables. The descent stage continues downward until the wheels of the rover hit the ground. Then the cables are cut, and the descent stage flies away to crash at a safe distance from the rover.

It has worked once already. The Curiosity rover, which is currently on Mars, successfully used the same landing system in 2012. But spacecraft are complicated systems, and one success does not guarantee a second success.

“We’ve never really come up with a good way of calculating the probability of success,” said Mr. Wallace, the deputy project manager.

Over the decades, NASA has succeeded in eight of nine landing attempts on Mars. The only failure was the Mars Polar Lander in 1999.

Steve Jurcyzk, the acting NASA administrator, acknowledged in an interview, “I will be extremely nervous.”

Over the past 20 years, NASA has gradually asked more complex questions about Mars. First, the mantra was “Follow the water,” as that is where there once may have been life. With giant canyons, winding river channels and signs of dried-up lakes, it has been clear that in the past, water has flowed on Mars even though the planet is cold and dry today.

NASA’s Perseverance rover will attempt to land in Jezero Crater, an ancient Martian lake roughly the size of Lake Tahoe. If successful, the rover will spend years exporing the river delta and making its way to the crater rim.

Perseverance’s destination is Jezero Crater. The rover will explore the delta of a river that once flowed into a lake that filled the crater. The piles of sediments are a promising place where the fossil chemical signatures of ancient Martian microbes might still be preserved today.

Flying on Mars is not a trivial endeavor. There is not much air there to push against to generate lift. At the surface of Mars, the atmosphere is just 1/100th as dense as Earth’s. The lesser gravity — one-third of what you feel here — helps with getting airborne. But taking off from the surface of Mars is the equivalent of flying through air as thin as what would be found at an altitude of 100,000 feet on Earth. No terrestrial helicopter has ever flown that high, and that’s more than twice the altitude that jetliners typically fly at.

NASA’s engineers used a series of materials and computer technology advancements to overcome a number of these challenges. About two months after landing, Perseverance will drop off the helicopter from its belly, and Ingenuity will attempt a series of about five test flights of increasing duration.

If the tests succeed, it could pave the way for future, larger Marscopters. Having the option of using robotic fliers could greatly expand a space agency’s ability to study the Martian landscape in more detail, just as the transition from stationary landers to rovers did in earlier decades.