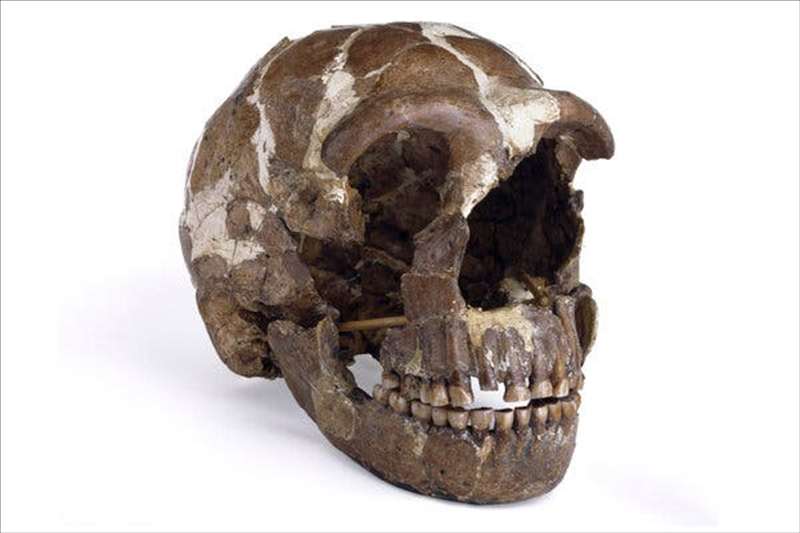 A reconstructed Neanderthal ear adds a new piece to the puzzle of whether the early humans could speak.

If you were somehow able to travel back in time some 130,000 years and chance upon a Neanderthal, you might find yourself telling them about some of humanity’s greatest inventions, such as spanakopita and TikTok. The Neanderthal would have no idea what you were saying, much less talking about, but they might be able to hear you perfectly, picking up on the voiceless consonants “t,” “k” and “s” that appear in many modern human languages.

The authors believe this research has implications beyond the ear. Any insight into how Neanderthals heard can offer new clues into one of the most-debated, unresolved questions about the ancient hominids: whether Neanderthals spoke.

Hearing and speech are often coupled in the animal kingdom, according to Dan Dediu, a language scientist at the Lumière University Lyon 2 in France, who was not involved with the research. “It would be meaningless for an animal to produce a frequency that can’t be heard by conspecifics,” he said.

The study offers new evidence that Neanderthals may have had some kind of recognizable spoken language, according to Sverker Johansson, a researcher at Dalarna University who was not involved with the research. “It is satisfying to find further confirmation that Neanderthals really were Neander-talkers,” Dr. Johansson wrote in an email.

For decades, the debate hinged on a single Neanderthal bone: the horseshoe-shaped hyoid, which is a key to speaking. The hyoid, which sits in the vocal tract, is small, fragile and not connected to any other bone. The only complete Neanderthal hyoid was recovered from a skeleton in a cave in Israel in the 1980s, and its striking similarity to a human hyoid led to a flurry of attempts to reconstruct the Neanderthal voice box and vocal tract.

So some scientists took a different approach. Twenty years ago, Ignacio Martínez, a paleontologist at the University of Alcalá in Spain and an author on the study, had an odd idea: to study the evolution of language by reconstructing hearing in early humans.

“It was a harebrained, and also kind of brilliant idea,” said Rolf Quam, a paleoanthropologist at Binghamton University and an author on the study, who was working with Dr. Martínez as a graduate student at the time. The researchers didn’t know if they would be able to reconstruct a Neanderthal ear — no one had done it before — but spent the next two decades developing, testing and retesting ear models.

In the new study, the researchers used high-resolution CT scans of ear structures in five Neanderthals, 10 modern Homo sapiens and nine early hominids from Sima de los Huesos, an archaeological site in what is now Spain, who lived before Neanderthals.

The team created 3-D models of these ear structures and ran the measurements through a software model to calculate the sound power transmission, which describes the way sound energy moves from the environment into the ear canal and winds its way toward the cochlea — essentially how much of the sound energy ultimately makes it to your inner ear.

The researchers used this metric to calculate the occupied bandwidth, which reflects the range of frequencies in which at least 90 percent of the sound power reaches the inner ear — the “sweet spot” of hearing, according to Dr. Quam. This sweet spot is the range we hear best in, where our ears are most tuned to sound.

The study found the Neanderthal ear’s sweet spot extended toward frequencies of 3 to 5 kHz, which are specifically dedicated to consonant production. The researchers believe this optimization toward consonants could be a key sign that Neanderthals had verbal language.

“The use of consonants distinguishes human language from mammalian communication, which is almost completely vowels,” Dr. Quam said. “Like grunts, howls, shrieks.”

In fact, the study found Neanderthals’ sweet spot was the same as modern human hearing, whereas the early hominids from Sima de los Huesos had a hearing range somewhere between chimpanzees and modern humans.

According to the researchers’ calculations, Neanderthals most likely would have been able to hear voiceless consonants that are produced without the vocal cords. These included voiceless stops, such as “t” and “k,” and voiceless fricatives including “f,” “s” and “th.” Voiceless consonants cannot be broadcast loudly throughout a landscape — try screaming “ththth” or “sssss” — which could indicate that these consonants were used for close-by communication between members of the same species.

Even though Neanderthals had all the right anatomy to support human speech, the authors concede that Neanderthals’ physical ability does not imply mental ability, or the cognition required for human language.

“Speech isn’t necessary for language,” said Robert Berwick, a computational linguist at the Massachusetts Institute of Technology who was not involved with the study. Dr. Berwick was not convinced of the authors’ interpretation of what the reconstructed ear indicates about Neanderthal communication; in his view, the Neanderthals’ consonant-friendly sweet spot does not imply an ability to acquire human language. “If we evolved with differently shaped ears, then we’d simply make different use of the contrasts we’re still able to perceive,” he said.

The question of Neanderthal speech may never be fully resolved, even as evidence continues to accumulate. “There are no Neanderthals left to speak,” Dr. Goldfield said.

For a long time, scientists tended to think there was a “jump” that separated modern humans from the rest of the biological world, such as cognition and language, according to Dr. Dediu. “But Neanderthals were probably just as human as us, just in a different way,” he said.

The intentionality of the act suggests that the site was special in some way to Neanderthals. “I’m an empiricist, and unwilling to go beyond what the evidence says, but it baffles me to think they wouldn’t have had a spoken language,” Dr. Goldfield said.

When Dr. Quam began studying Neanderthals, he visited the ear-bone fossils at museums and measured them by hand, with calipers; some of the Neanderthals included in this study he first encountered years ago in France and Israel. CT scans now make it possible to understand the fossils on a much deeper level, but Dr. Quam says it still helps to see fossils in real life as he continues to research how Neanderthals might have spoken.