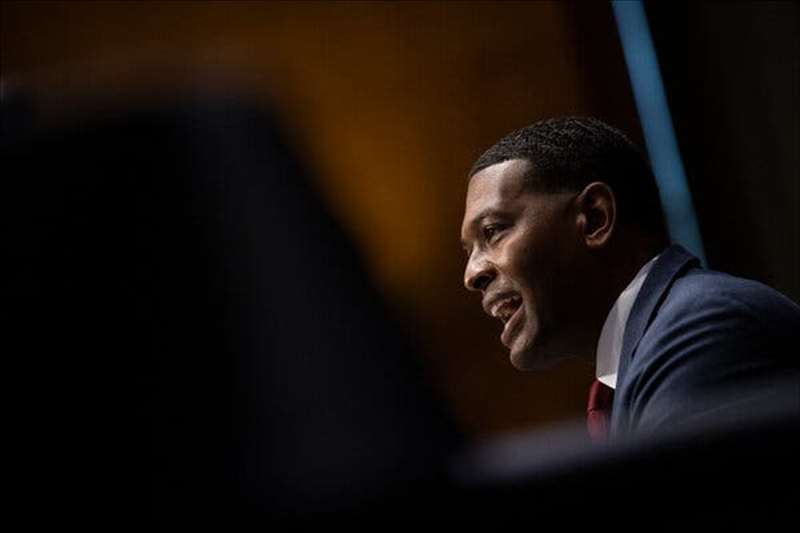 Michael Regan says the E.P.A. is already working on new rules to control planet-warming emissions from cars and power plants.

WASHINGTON — Michael S. Regan, the new administrator of the Environmental Protection Agency, confirmed on Monday that the agency is preparing new regulations on the electricity sector in an effort to meet President Biden’s aggressive climate change goals.

Mr. Regan said his immediate priorities for the E.P.A. are “rebuilding the morale” at the agency, restoring the role of science — and scientists — in developing air and water rules, and ensuring new environmental policies do not further hurt communities already disproportionately affected by toxic sites.

He was not specific on the precise new policies E.P.A. will undertake to rein in planet-warming carbon dioxide emissions, or when they will be made public. But, Mr. Regan said, the agency will “absolutely” develop new rules for power plants and automobiles and that E.P.A. staff is currently working on those plans.

“We’ll be hearing from staff very soon about the particulars,” Mr. Regan said.

Reducing carbon emissions from power plants and vehicles, which are the largest sources of planet-warming pollution in the United States, is critical to meeting Mr. Biden’s goal of no net carbon emissions by 2050.

Unless Congress passes legislation — an unlikely scenario — it will be up to the E.P.A. to create new regulations for both sectors. The Obama administration sought to reshape the electric power sector by pushing utilities away from coal and toward electricity generated by natural gas, solar, wind and other lower or no-carbon sources. That rule, the Clean Power Plan, was halted by the Supreme Court.

That decision, by the U.S. Court of Appeals for the District of Columbia, affirmed that the E.P.A. has the authority to regulate carbon dioxide from the power sector. Mr. Regan said he intends to take advantage of that.

“We’re not looking backward; we’re looking forward, and I’m really excited about that,” he said.

Republicans from fossil fuel states have indicated they are ready to fight any broad regulations that target coal. Senator Shelley Moore Capito of West Virginia, who opposed Mr. Regan’s confirmation, said she did so because “he did not commit to a different policy agenda than that of the Obama administration” — which, she said, “absolutely devastated my state and other energy-producing states.”

The agency is under time pressure. President Biden has scheduled a global climate change summit for April 22, where the United States will announce a new national emissions target. Foreign leaders also will be expecting the administration to prove to the world how it plans to meet the goals it lays out.

Mr. Regan said it was too soon to promise there will be proposed regulations released by the time of the summit. But, he said, “I do believe that we will have the scientific credibility to support the direction the president wants to go.”

For now, Mr. Regan said, he is focused on staff morale that suffered under a Trump administration that often ignored career scientists and scientific findings. He pointed specifically to the Trump administration’s approach to climate change as well as per- and polyfluoroalkyl substances, or PFAS, a toxic family of substances found in common household products.

He also said he intends to appoint an environmental justice adviser to revamp the agency’s approach to civil rights and help develop deeper relationships with communities that most closely experience the burdens of pollution and impacts of climate change. “That’s going to be a significant priority,” he said.

Mr. Regan had kind words for his immediate predecessor, Andrew Wheeler, and said that Mr. Wheeler left “a very kind letter” on his desk in the administrator’s office.

“I don’t even know where it is or what it looks like. I guess the first thing I should do is take a look at it,” Mr. Regan said, adding, “I’ve been using the phone on my desk.”