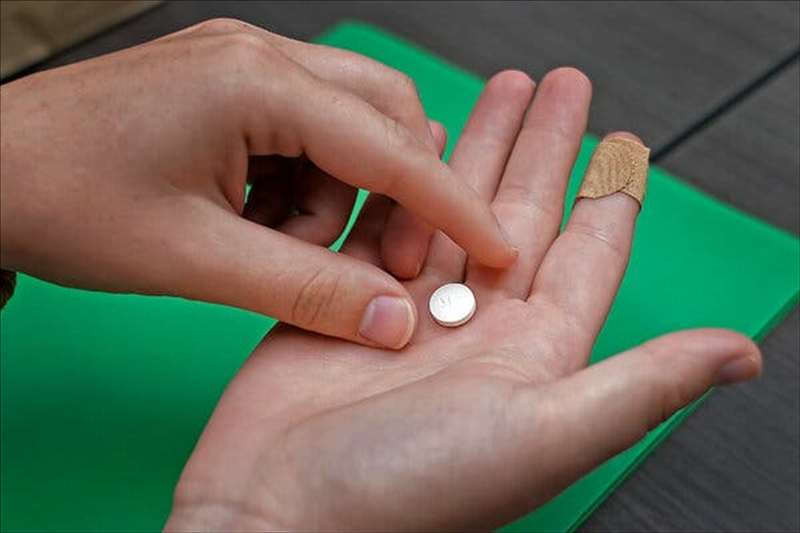 The case, brought by GenBioPro, a company that makes one of two abortion drugs, argues that it is unconstitutional for a state to bar access to a medication approved by the federal government.

A company that makes an abortion pill filed a lawsuit Wednesday morning challenging the constitutionality of a state ban on the medication, the first in what is expected to be a wave of cases arguing that the federal Food and Drug Administration’s approval of the pill takes precedence over such restrictive state laws.

Skye Perryman, a lawyer for GenBioPro and president of Democracy Forward, a center-left legal advocacy organization, said West Virginia’s ban was “an overreach of state authority when a state tries to step in the shoes of F.D.A. and to make safety and efficacy determinations that conflict with and interfere with F.D.A.’s judgments.”

West Virginia adopted an abortion ban in September. The suit contends that the ban violates the Constitution’s supremacy clause, which says that federal laws — in this case, Congress’s decision to authorize the F.D.A. to regulate drugs like mifepristone — have priority over conflicting state laws. The suit also says such bans violate the Constitution’s commerce clause, which prohibits states from impairing interstate commerce.

GenBioPro, which started making generic mifepristone in 2019, said in the suit that because of West Virginia’s ban and previously enacted abortion restrictions, it had been able to ship only 72 units of mifepristone to be used in the state and that by August 2022, its sales had dropped to zero there. GenBioPro said its sales had dropped to nothing in seven other states with abortion bans and in Wisconsin, where abortion services have stopped operating in light of unclear laws.

Dr. DeShawn Taylor, GenBioPro’s medical director, said that bans “deprive people of the ability to access safe and effective medications and it also jeopardizes our company.” She added, “If people don’t have access to mifepristone, then of course, it impacts the company’s bottom line.” Dr. Taylor, an obstetrician-gynecologist who owns a family planning clinic in Arizona, also noted that mifepristone is frequently used in treating patients who are experiencing miscarriages.

Some legal experts say the F.D.A.’s decision to apply special restrictions to mifepristone, and to gradually ease some of them as evidence of safety and efficacy has grown, strengthens the case for striking down state bans and restrictions and affirms that the federal government is the ultimate authority on the drug.

“A strong case can be made that state-required measures that go beyond the conditions” set by the F.D.A.’s restrictions on mifepristone “upset the complex balancing of safety and burdens on the health care system that federal law requires of the F.D.A.,” The New England Journal of Medicine article said.

The Texas case filed by opponents of abortion seeks to reverse more than 20 years of federal decisions about medication abortion, claiming that the F.D.A. did not adequately review the scientific evidence or follow proper protocols when it approved mifepristone in 2000.

Dr. Christina Francis, the chief executive officer of the American Association of Pro-Life Obstetricians and Gynecologists, a group that belongs to the alliance, said that the F.D.A., in its initial approval and its recent decisions to ease some restrictions on mifepristone, had “reviewed a handful of cherry-picked studies that don’t actually look at the full picture.” She added that agency officials were “actively endangering the lives of women and girls in the country, especially as they continue to remove safeguard after safeguard.”

Most medical organizations say that extensive data shows the opposite: that with mifepristone, the F.D.A. has been considerably more restrictive than necessary and that allowing it to be prescribed via telemedicine and received in the mail were changes that were long overdue.

Indeed, two citizen petitions opposing the F.D.A.’s actions on mifepristone, filed in 2002 and 2019 by some of the same anti-abortion organizations, were rejected by the agency as unfounded. And a 2008 review by the Government Accountability Office found no irregularities with the F.D.A.’s mifepristone approval.

Because of the scientific evidence and rigor of the F.D.A.’s handling of mifepristone, many experts on reproductive health law said they had initially viewed the Texas case as so baseless that it would have no chance at succeeding. But some are starting to worry.

“This should have been a fringe lawsuit, and it should have been tossed out very quickly,” said Jenny Ma, senior counsel for the Center for Reproductive Rights. But she said that now, supporters of abortion rights are worried that the case is before a judge whose writings and decisions reflect a resolutely conservative ideology.

“A single district court judge in Texas, which is a state that already has banned all abortion, could be issuing a nationwide ban on medication abortion, which now accounts for more than half of abortions in the United States, and obviously, the effects would be devastating,” Ms. Ma said.

Erik Baptist, senior counsel for the Alliance Defending Freedom, a conservative Christian legal advocacy group, which represents the plaintiffs, expressed confidence in the case. “A court will look at what the F.D.A. was legally required to do when evaluating the safety and effectiveness of a new drug — here, chemical abortion drugs — and it will probably take a different viewpoint than the F.D.A., in terms of reviewing the prior agency actions.”

In a response to the case filed this month, the F.D.A. called the case “unprecedented” and said that if the judge granted the plaintiffs’ request for an injunction that stopped access to mifepristone, it would “cause significant harm, depriving patients of a safe and effective drug that has been on the market for more than two decades.”