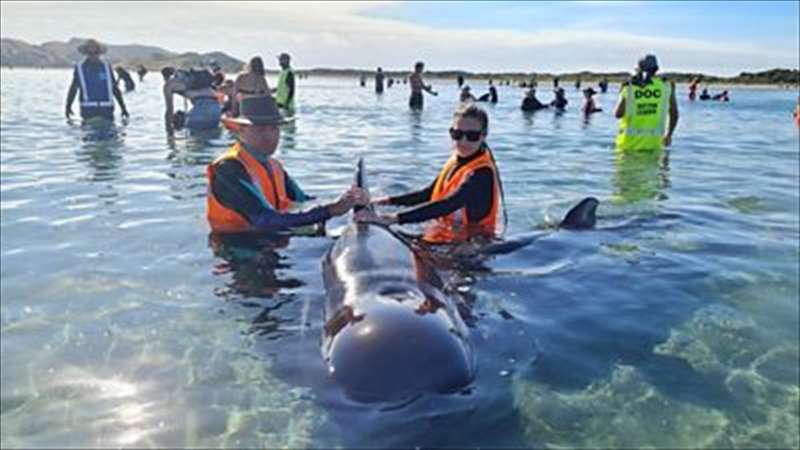 Rescuers have successfully refloated 28 pilot whales on a notorious New Zealand beach where they had repeatedly beached themselves.

The long-finned pilot whales were part of a pod of around 50 first found on Monday at Farewell Spit, known for its mass strandings.

However, the surviving whales, who were rescued twice, have remained close to shore and could beach themselves again, wildlife officials said.