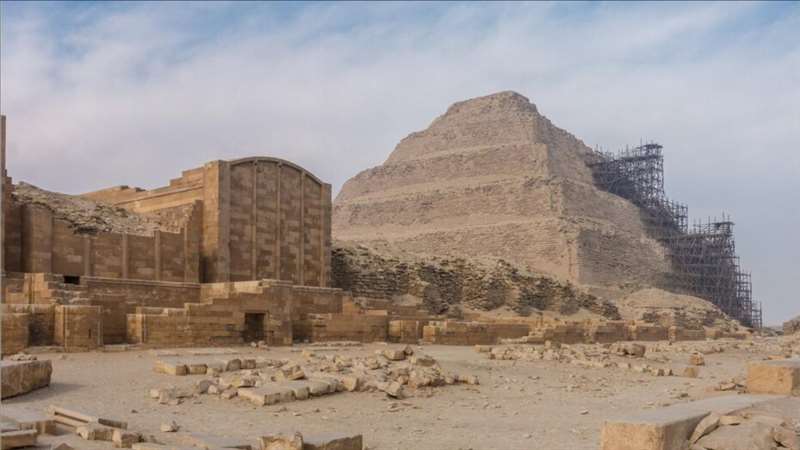 The detailed instructions on the circa 3,500-year-old papyrus adds details to the only two other guides known and predates them by more than 1,000 years. The papyrus is more than 19 feet long, according to a release from the University of Copenhagen last week.

The papyrus, known as the Papyrus Louvre-Carlsberg manuscript, had been in two pieces, one at the Louvre Museum in Paris and the other in the University of Copenhagen’s Papyrus Carlsberg Collection.

The two parts of the sheet previously belonged to private collectors and several parts of it are still missing.

This is the first time the Copenhagen half, which adds gruesome details on embalming mummies to the Paris half, has been translated, Live Science reported.

Written evidence on ancient Egyptian embalming methods is scarce as mummification was considered a sacred art for an elite few and Egyptologists believe the practice was mainly passed down by word of mouth, the university’s release said.

Only two other ancient mummification guides have previously been found.

The new sheets gives “extremely detailed” descriptions that were left out of the previous discoveries, including the process of embalming the person’s face.

“We get a list of ingredients for a remedy consisting largely of plant-based aromatic substances and binders that are cooked into a liquid, with which the embalmers coat a piece of red linen,” Egyptologist Sofie Schiødt, from the University of Copenhagen, said in the release.

Schiødt teased details from the papyrus translated for her Ph.D. thesis, which will be published in full next year.

“The red linen is then applied to the dead person’s face in order to encase it in a protective cocoon of fragrant and anti-bacterial matter,” she continued. “This process was repeated at four-day intervals.”

Schiødt added the guide specifies the embalmer must work on the corpse every four days, which would be marked by a ritual procession of the body for a total of 17 processions.

“In between the four-day intervals, the body was covered with cloth and overlaid with straw infused with aromatics to keep away insects and scavengers,” she added.