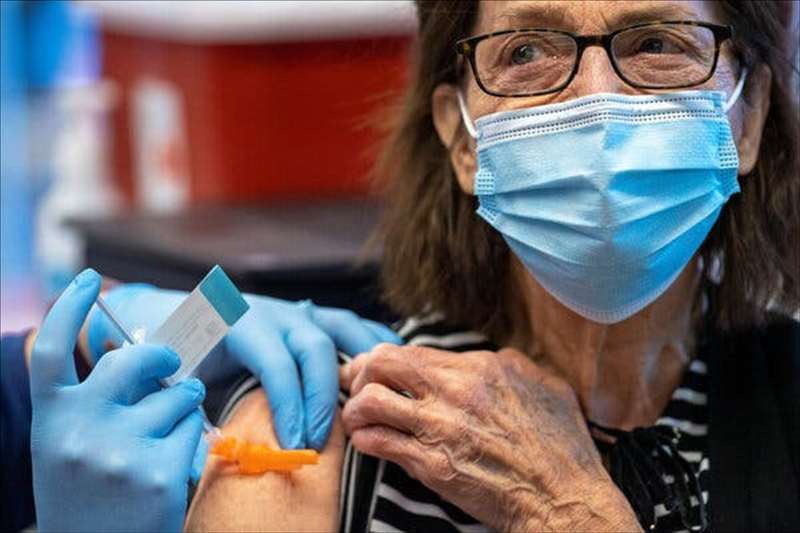 Johnson & Johnson’s one-shot vaccine is allowing states to rethink distribution, even as health officials and experts worry some will view it as inferior.

In North Dakota this week, health officials are sending their first Johnson & Johnson Covid-19 vaccines to pharmacies and urgent care clinics, where people who don’t necessarily have a regular doctor can get the single jab. In Missouri, doses are going to community health centers and rural hospitals. And in North Carolina, health providers are using it to inoculate meatpacking, farm and grocery workers.

But the early days of its rollout suggest something different: Some people are eager to get it because they want the convenience of a single shot. And public health officials are enthusiastic about how much faster they could get a single shot distributed, particularly in vulnerable communities that might not otherwise have access to a vaccine.

“This is a potential breakthrough,” said Dr. Joseph Kanter, the top health official in Louisiana. With its first allotted doses, the state is holding a dozen large Johnson & Johnson vaccination events at civic centers and other public places, modeled after what has worked for flu vaccines.

As Johnson & Johnson’s production ramps up over the next few months, Dr. Kanter said the shot would allow his state to slash costs for staffing and operations related to the second doses: “The J & J vaccine brings a lot to the table.”

The Johnson & Johnson vaccine also can be kept at normal refrigeration temperatures for three months — ideal for distribution at nonmedical sites such as stadiums and convention centers.

“There are circumstances in which it is going to be a really good option or maybe the best option,” said Dr. Matthew Daley, a senior investigator at Kaiser Permanente Colorado’s Institute for Health Research and a member of the Centers for Disease Control and Prevention’s independent vaccine advisory committee.

Patrick Allen, the director of the Oregon Health Authority, said that the first doses in the state went to a variety of settings, “to see if we learn anything from its use.” Those included mass vaccination sites around Portland, adult foster care homes and pharmacies not included in the federal government’s pharmacy program. Health officials will evaluate the success of each of those sites to figure out a plan for the larger shipments.

Many state health officials said they were focused on getting the vaccine to people who might be harder to reach for a second dose, such as those who are homeless or on the verge of release from prison. In North Carolina, this category includes the mobile agricultural communities in the state with three- or four-week work seasons. Dr. Mandy Cohen, the state’s health secretary, said that large meatpacking plants in the state such as Smithfield and Tyson Foods were interested in the Johnson & Johnson vaccine and had been consulting with her department.

And because the vaccine tends to have fewer side effects than the other options, it’s appealing to people who don’t want to risk missing a day of work to recover from chills or fever, she said: “There are a lot of folks who are like, ‘I’m much more interested now that you tell me I only have to get a shot one time instead of two.’”

“I don’t think it’s an inferior vaccine, and that’s why I’m taking it for myself,” said Dr. Cohen, who was scheduled to get the Johnson & Johnson shot on Friday.

At small, independent pharmacies, the vaccine has caused a surge of excitement. Steve Hoffart, the owner of Magnolia Pharmacy in Magnolia, Texas, a small town outside of Houston, has received calls and emails from residents anticipating its arrival this week. He said he hopes to hold a Johnson & Johnson event for teachers on March 13. Schools in the area have struggled to find substitute teachers during the pandemic, and a vaccine that does not require a second visit and more time off was a significant development, he said.

Tim and Joyce Staab, who live in Chillicothe, Ohio, a town of about 20,000 an hour’s drive from Columbus, were two of the first Americans to receive the Johnson & Johnson vaccine. Both had general vaccine appointments scheduled for later in the week. But then they got notice Wednesday that an independent pharmacy near them had received 100 doses of Johnson & Johnson’s shot. Ms. Staab, 68, is hesitant about needles and liked the one-and-done approach.

Mr. Staab, 67, said he thought the vaccine was a better choice for health providers like the pharmacy where he received it. “They don’t have the resources, I don’t think, to be dealing with really hard to store” vaccines, he said.

States have been able to customize and tinker with distribution plans in part because the federal government did not issue prescriptive guidelines for where and who the vaccine should go to.

This winter, as the Food and Drug Administration’s authorization of the Johnson & Johnson vaccine approached, federal officials involved in vaccine distribution pushed for the shot to be used in a more centralized way, either at large stadiums and mass vaccination sites run by the Federal Emergency Management Agency or only in pharmacies, according to officials familiar with these discussions. But the White House preferred to allow states to tailor their own plans, as they had done for the Moderna and Pfizer-BioNTech vaccines.

Although health experts are enthusiastic about the potential public health benefits of the new vaccine, some also fear that the public’s interest will wane once vaccines become less scarce. If given the choice among brands, some people may reject Johnson & Johnson’s, seeing it as an inferior choice.

At Black churches across the Mid-Atlantic region this winter, Darrell J. Gaskin, a professor of health policy at Johns Hopkins University and a pastor, and Rupali Limaye, a scientist at the university who studies vaccine hesitancy, have counseled and reassured hundreds of pastors and congregation members of African Methodist Episcopal Zion churches in virtual presentations, emphasizing the Johnson & Johnson vaccine’s safety and prevention of severe Covid-19 and death, including among the Black volunteers in the company’s trial.

Dr. Gaskin said it was crucial for officials to emphasize the benefits of the vaccine at the beginning of its distribution, so people “don’t feel like there’s a luxury vaccine and then the non-luxury vaccine.”

“We’re facing disparities related to Covid,” Dr. Limaye said. “How do we reduce disparities? We get a product out that’s one dose and that’s stable.”

One of Dr. Gaskin’s church’s members, Patricia Cooper, a teacher in Washington, D.C., said that President Donald J. Trump’s efforts to claim credit for a vaccine last year and the label “emergency use authorization” suggested to her that the federal government may have rushed its reviews of vaccines, leaving her jittery about their safety. But she said she was eager to get a vaccine, especially Johnson & Johnson’s.

“This one is more appealing to me,” she said. “Who likes to get stuck more than once?”

But Mr. Allen, the Oregon health official, warned that using it in more specialized ways could contribute to skepticism about its quality.

Federal health officials have promised a way to crack down on the Johnson & Johnson vaccine potentially being used in inequitable ways. Dr. Marcella Nunez-Smith, the chairwoman of the Biden administration’s new health equity task force, said at a White House news conference this week that distribution of the vaccine “should be even across communities.”

“We will be tracking biometrics, such as ZIP code and social vulnerability, to see where vaccines are going,” she said. “And should certain vaccines go consistently to certain communities, we will be able to intervene.”

Some state officials believe that pairing the new and old vaccines can help show that they are equally important.

Mr. Allen said that Oregon was creating similar distribution plans for Johnson & Johnson and Moderna because both vaccines can be stored in refrigerators for the short term. The state is treating the Pfizer-BioNTech vaccine as the one with “special considerations,” with its stricter shipping requirements and large packages of vials more suited to mass vaccination sites, he said.