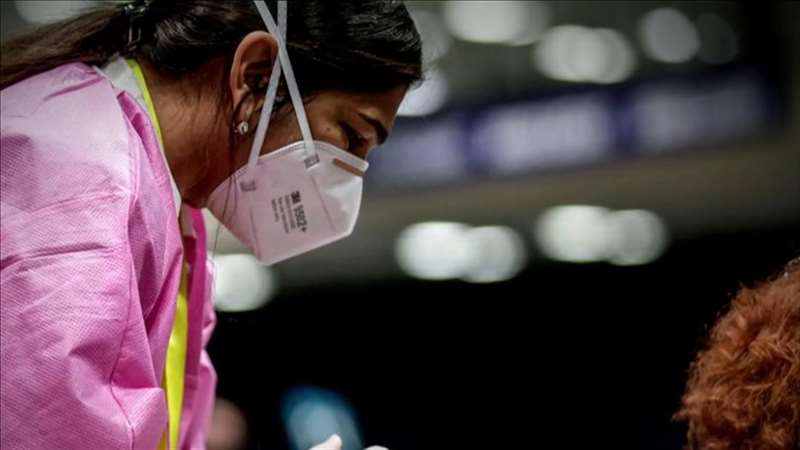 Tracee Manettas, a paralegal who lives in New York, wants to return to some version of her normal life.

In recent weeks, after she got the first dose of the Moderna vaccine, she considered flying to California to visit a friend who lives by the beach. She thought about going to a movie theater to catch up on the Oscar nominees. She mulled eating at a restaurant for the first time in a year.

But she feels effectively paralyzed: torn between the availability of her favorite pastimes and the persistent threat of Covid-19, constantly weighing the pros and cons of activities that once did not require a cost-benefit analysis.

“I don’t want to do anything that will risk my own life or somebody else’s life, so I don’t feel comfortable sitting on a plane or in a theater or in an Uber,” said Manettas, 44. “I feel more hopeful than I did in March 2020, obviously, but I still feel incredibly hesitant.”

Manettas is one of countless people across the United States who feel uncertain about what they should — or shouldn’t — do at this peculiar stage of the pandemic, where good news mingles uncomfortably with the lingering signs of a public health crisis that has killed more than 545,000 people across the country.

Of course, free-floating confusion has been a feature of the pandemic since its early days more than a year ago. The modern world is confronting a health crisis unparalleled in its scope and severity, combined with a scourge of internet disinformation and political propaganda.

But the sense of bewilderment some feel in these early weeks of spring could also be unique to the decidedly mixed state of affairs, especially in the United States. How exactly do you carry on with your day-to-day life when your country is caught in the gray zone between the darkest days of the plague and the proverbial light at the end of the tunnel?

“I would say this is literally one of the most confusing times I have witnessed, not just during Covid but in any pandemic response,” said Dr. Kavita Patel, a primary care physician in Washington and a scholar at the Brookings Institution.

“It’s a time of, ‘What can I do? Why can’t I do more? Why can’t I travel?’ But overlaid on top of that, there’s also, OK, if you’re in these states, cases are rising, so you can’t let your guard down, and the variants are everywhere, so it feels like we are all in trouble,” said Patel, who is also an MSNBC columnist and NBC News contributor.

In any case, polling suggests a considerable number of people are erring on the side of caution. Fifty-six percent of the respondents to a recent Gallup poll said they avoided going to public places, such as stores and restaurants, between Feb. 14 and Feb. 21; another 11 percent said they considered avoiding such places.

Gallup reported that 66 percent of poll respondents said they avoided traveling by airplane, bus, subway or train during the same period in February, while another 6 percent said they were considering avoiding such travel.

She said that the president’s “message, broadly speaking, is that we are still at war with this virus,” adding that he urged “vigilance.”

But this muddled chapter of the pandemic still represents a particular challenge for the people responsible for communicating guidelines to the general public: governors, mayors, the figureheads atop public health agencies, and perhaps even the news media itself.

What’s more, elected leaders probably cannot be too strict for fear of constituent backlash. They must strike a balance between stressing the continued seriousness of the virus while making clear that some parts of normal life can resume — as long as people wear masks and abide by social distancing recommendations, according to Chris Morse, a communications professor at Bryant University in Rhode Island and a member of the American Academy of Communication in Healthcare.

“The government officials want to give people hope and tell people that things are improving. But the minute they start doing that, there’s a fear people might swing back to having parties and going back to the way things were circa 2019,” Morse said.

“Instead of walking towards the light at the end of the tunnel,” he added, “they might run towards it.”