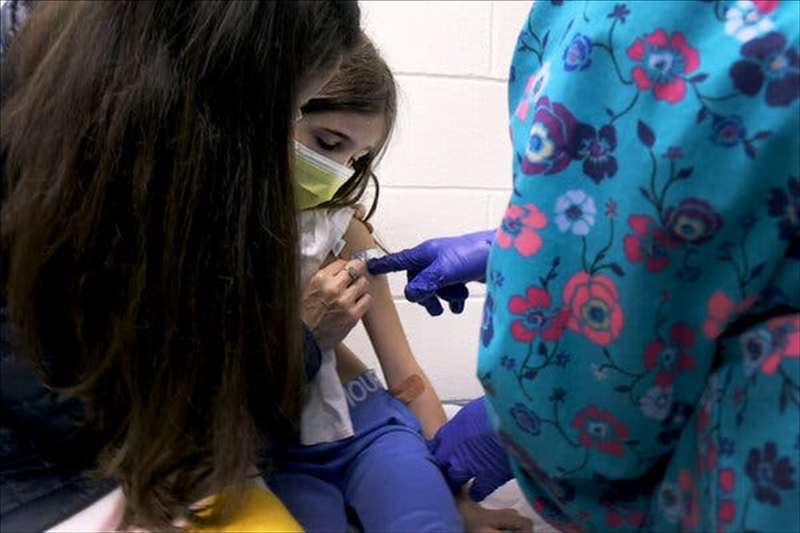 Other drug makers have begun similar trials of their Covid-19 vaccines. If they work in children younger than 12 as expected, it will be easier for the U.S. to reach herd immunity.

Pfizer has begun testing its Covid-19 vaccine in children under 12, a significant step in turning back the pandemic. The trial’s first participants, a pair of 9-year-old twin girls, were immunized at Duke University in North Carolina on Wednesday.

Results from the trial are expected in the second half of the year, and the company hopes to vaccinate younger children early next year, said Sharon Castillo, a spokeswoman for the pharmaceutical company.

Moderna also is beginning a trial of its vaccine in children six months to 12 years of age. Both companies have been testing their vaccines in children 12 and older, and expect those results in the next few weeks.

Immunizing children will help schools to reopen as well as help to end the pandemic, said Dr. Emily Erbelding, an infectious diseases physician at the National Institutes of Health who oversees testing of Covid-19 vaccines in special populations.

An estimated 80 percent of the population may need to be vaccinated for the United States to reach herd immunity, the threshold at which the coronavirus runs out of people to infect. Some adults may refuse to be vaccinated, and others may not produce a robust immune response.

Children under 18 account for about 23 percent of the population in the United States, so even if a vast majority of adults opt for vaccines, “herd immunity might be hard to achieve without children being vaccinated,” Dr. Erbelding said.

Pfizer had initially said it would wait for data from older children before starting trials of its vaccine in children under 12. But “we were encouraged by the data from the 12 to 15 group,” said Ms. Castillo, who did not elaborate on the results so far.

Scientists will test three doses of the Pfizer vaccine — 10, 20 and 30 micrograms — in 144 children. Each dose will be assessed first in children 5 through 11 years of age, then in children ages 2 through 4 years, and finally in the youngest group, six months to 2 years.

After determining the most effective dose, the company will test the vaccine in 4,500 children. About two-thirds of the participants will be randomly selected to receive two doses 21 days apart; the remaining will get two placebo shots of saline. The researchers will assess the children’s immune response in blood drawn seven days after the second dose.

“It sounds like a good plan, and it’s exciting that another Covid-19 vaccine is moving forward with trials in children,” said Dr. Kristin Oliver, a pediatrician and vaccine expert at Mount Sinai Hospital in New York.

Dr. Oliver said about half of the parents she sees in practice are eagerly waiting for vaccines, and even to volunteer their children for clinical trials, while the rest are skeptical because comparatively few children become seriously ill from coronavirus infection.

Both groups of parents will benefit from knowing exactly how safe and effective the vaccines are in children, she said.

Children represent 13 percent of all reported cases in the United States. More than 3.3 million children have tested positive for the virus, at least 13,000 have been hospitalized and at least 260 have died, noted Dr. Yvonne Maldonado, who represents the American Academy of Pediatrics on the federal Advisory Committee on Immunization Practices.

The figures do not fully capture the damage to children’s health. “We don’t know what the long-term effects of Covid infection are going to be,” Dr. Maldonado said.

Other vaccines have helped to control many horrific childhood diseases that can cause long-term complications, she added: “For some of us who’ve seen that, we don’t want to go back to those days.”

Children often react more strongly to vaccines than adults do, and infants and toddlers in particular can experience high fevers. Any side effects are likely to appear soon after the shot, within the first week and certainly within the first few weeks, experts have said.

Some vaccines are tested only in animals before being assessed in children, and have to be monitored carefully for side effects.

“But this is a little different, because we’ve already had experience with tens of millions of people with these vaccines,” Dr. Maldonado said. “So there’s a higher degree of confidence now in giving this vaccine to kids.”

The Pfizer-BioNTech vaccine is authorized for children 16 to 18 years old, and the authorization for that age group was based on just two months of safety data, she said.

Parents will want to know how the companies and the F.D.A. plan to monitor and disclose side effects from the vaccines, and how long they will continue to follow trial participants after the vaccines’ authorization, Dr. Oliver said.

“I think everyone has learned throughout this,” she said. “The more transparent you can be, the better.”