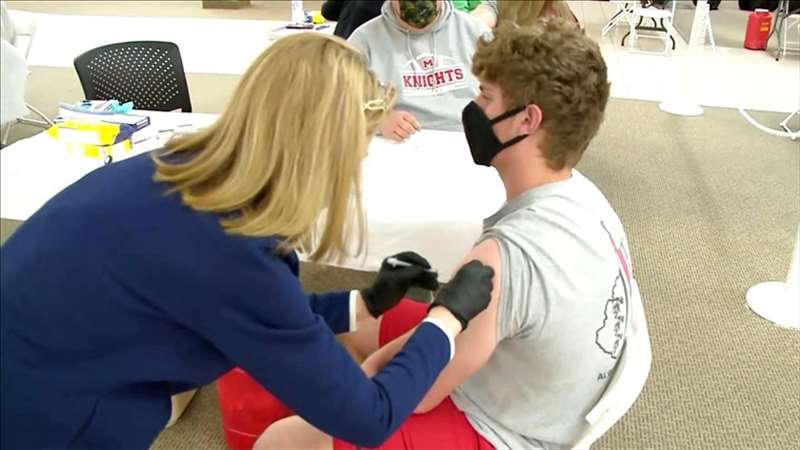 Pfizer says its Covid-19 vaccine is safe and 100 percent effective in preventing the illness in teenagers ages 12 to 15.

“This is exactly the news that we hoped to hear,” said Dr. Buddy Creech, a pediatric infectious disease expert at the Vanderbilt University Medical Center in Nashville, Tennessee. Creech was not involved in the Pfizer research.

The company plans to request emergency use authorization for 12- to 15-year-olds in the coming weeks, “with the hope of starting to vaccinate this age group before the start of the next school year,” Pfizer CEO Albert Bourla said in a statement.

“We share the urgency to expand the authorization of our vaccine to use in younger populations and are encouraged by the clinical trial data from adolescents between the ages of 12 and 15,” Bourla said.

The findings, which were announced Wednesday in a news release, have not been peer-reviewed.

More than 2,200 young teenagers were enrolled in the Pfizer vaccine trial in the U.S. About half got the real shots, while the others got placebo shots. (The adult trial was much larger, with more than 43,000 participants.)

Pfizer said 18 cases of Covid-19 were reported among the teenagers who got the placebo, compared with none in those who got the real vaccine.

Side effects generally mirrored those in adults, such as a sore arm, fatigue and headache.

Uğur Şahin, CEO of Pfizer’s German partner, BioNTech, said in the statement that the results were “encouraging given the trends we have seen in recent weeks regarding the spread of the B.1.1.7” variant of the coronavirus, which has been shown to be more transmissible.

What’s more, teens in the trial who got the vaccine were later found to have levels of neutralizing antibodies — needed to wipe out the virus — similar to levels in older teens and young adults who had been vaccinated.

“Will it be 100 percent efficacious in the real world? Who’s to say? But what we know is that when we move this vaccine down into teenagers, it behaves the exact same way that it does in adults, or even better,” Creech said.

Creech said he looks forward to seeing the full data from the trial.