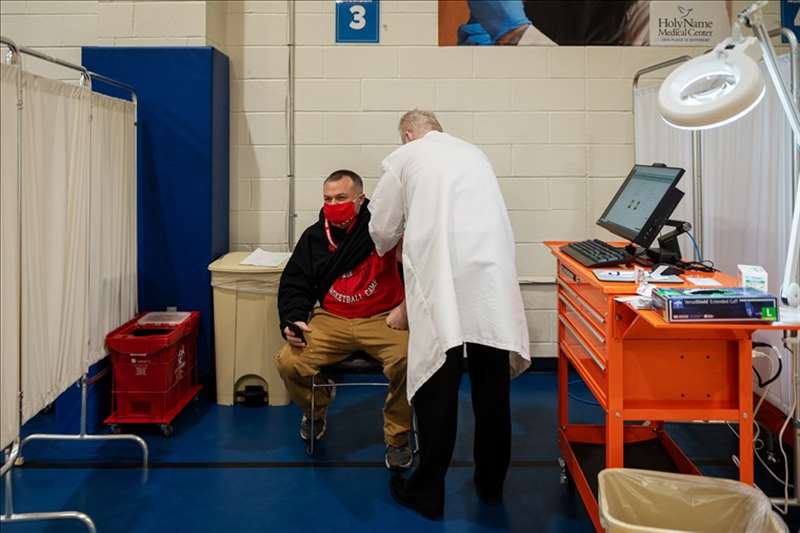 New Jersey will, in fact, get more doses every week, a White House official said. But so will every other state.

The Biden administration is expanding the number of pharmacies offering the vaccines so 90 percent of people in the U.S. will be within 5 miles of a vaccination site, the official said. And this week, the government is opening a mass vaccination site able to dispense up to 6,000 doses a day in Newark on the campus of the New Jersey Institute of Technology.

But the government will continue to base how many doses states get on population, not infection rates or other data, the official said.

New Jersey, like all the other states, needs to follow federal Centers for Disease Control and Prevention recommendations and identify hot spots, double down on mitigation efforts and consider shifting vaccine supplies to parts of the state that need them the most, the official said.

New Jersey had the 12th-highest infection rate in the country as of Thursday, according to Becker’s, and it was averaging about 4,400 new cases and a little over 2,000 hospitalizations a day.

The state reported 4,699 new coronavirus cases and 30 more deaths due to Covid-19 on Thursday.

Murphy and top New Jersey health officials on Wednesday released models for how the pandemic could play out, including a worst-case scenario that shows Covid-19 infections and hospitalizations rising through mid-May before peaking at around 8,000 new cases and about 3,600 daily hospitalizations.

In that dire forecast, the numbers stay at that level for about a month before they gradually fall to about 6,000 infections and 2,700 hospitalizations a day by Aug. 1.

“Under this scenario, we’re in for a long, hot summer,” Murphy said at a media briefing Wednesday. “So please, God, this is not what we have to live through.”

New Jersey’s newest Covid-19 wave began to pick up after Murphy, under pressure from a pandemic-weary public and the business community, began loosening restrictions to slow the spread of the virus just as the vaccine rollout got underway this year.

“We are in a new pattern,” said Ning Zhang, a health services and policy researcher and professor at Seton Hall-Hackensack Meridian School of Medicine. “In March, we started seeing higher numbers of young people being hospitalized, and the No. 1 reason is the relaxation of the state and municipal polices regarding indoor and outdoor gatherings.”

“It’s getting warmer, and more people are going outside,” he said. “In other states, that is a good thing, because it spreads slower outside, but New Jersey is a crowded state. There is high population density. Even if they go outside, they will run into other people.”

Third, New Jersey, like other states, prioritized vaccinations for older people and nursing home residents, “and you can see the effectiveness, because their rates of infection and death are going down,” Zhang said. “But it’s the younger people who are spreading the virus, and they haven’t been vaccinated.”

Finally, as has been the case across the country, people in New Jersey were lulled into a false sense of security when the vaccine rollout began, Zhang said.

“A lot of the problem is people’s mindset,” he said. “They consider we are safe because so many people are vaccinated. But they’re not safe. It takes a while for the vaccines to be effective, and we have not yet reached herd immunity.”