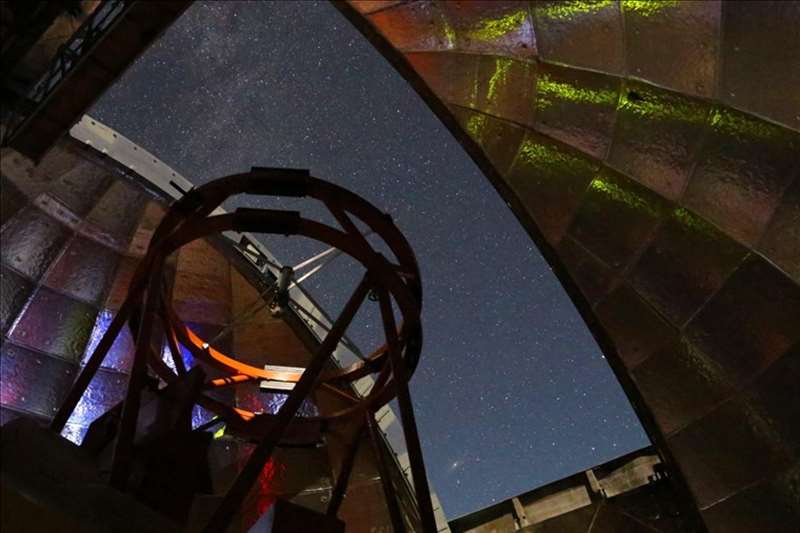 Astronomers are excited to observe a “potentially hazardous asteroid” as it comes the closest to Earth it has ever been on Sunday — a mere 1.25 million miles from our planet’s atmosphere.

The asteroid, called 2001 FO32, formed at the dawn of our solar system and is the largest space rock that is expected to fly by Earth this year, according to NASA. Scientists calculate that the asteroid won’t approach the planet this closely again until 2052, offering astronomers a rare chance to observe the prehistoric rock.

“Observations dating back 20 years revealed that about 15% of near-Earth asteroids comparable in size to 2001 FO32 have a small moon,” said Lance Benner, principal scientist at NASA’s Jet Propulsion Laboratory. “Currently little is known about this object, so the very close encounter provides an outstanding opportunity to learn a great deal about this asteroid.”

The asteroid was first discovered in 2001 when astronomers at the Lincoln Near-Earth Asteroid Research observatory in New Mexico estimated it to be about 3,000 feet wide. Scientists will attempt to view the spectrum of light reflecting off the rocky surface using a telescope at the top of Hawaii’s Mauna Kea.

Doing this, astronomers hope to record the chemical makeup up of whatever minerals the asteroid contains.

None of the asteroids catalogued by NASA that are similar in size to the 2001 FO32 asteroid are expected to impact Earth for centuries, and the fly by expected Sunday is no different. The 2001 FO32 is expected to pass by at about 77,000 mph more than a million miles away before continuing on its orbit.

Doha Madani is a breaking news reporter for NBC News.