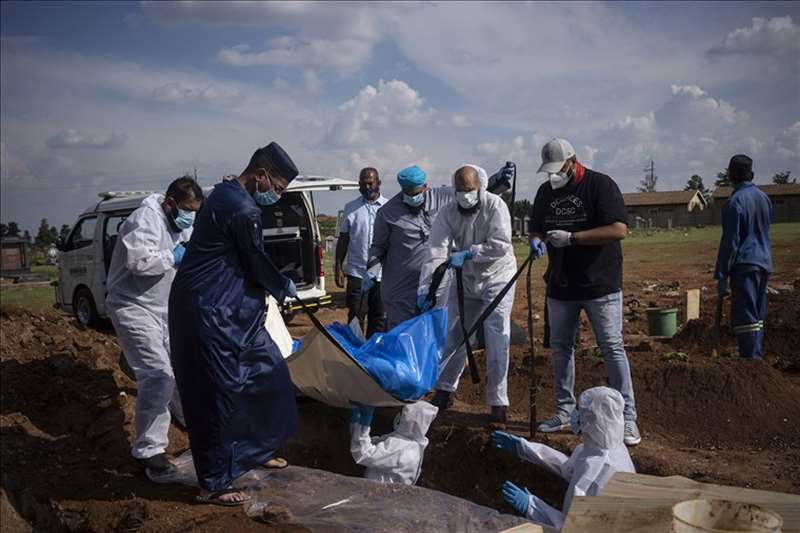 “What we are going to see is a cat-and-mouse game between virus changing and then vaccine manufacturers having to quickly change their vaccines,” said Devi Sridhar, professor of global public health at the University of Edinburgh.

“So the lesson is we need to keep the numbers low so we don’t see more and more variants emerging, which make it harder to vaccinate against.”

The first signs of trouble came in October, when doctors noticed a worrying rise in the number of cases, specifically around Nelson Mandela Bay, the eastern end of the picturesque stretch of South Africa’s coastline known as “the garden route.

“People who were infected previously with SARS-CoV-2 and who’ve generated antibodies to that virus, those antibodies may no longer recognize this new variant of the virus because of the changes in the spike protein,” said Richard Lessells, a lead researcher at the genetic sequencing lab, KwaZulu-Natal Research Innovation and Sequencing Platform, that identified the variant.

“What that means is it’s possible that this variant is able to reinfect people, and that may be contributing to how it’s spreading more efficiently through the population again.”

South Africa has been the hardest-hit country on the continent, suffering through a first wave of coronavirus that peaked in July, midwinter in the Southern Hemisphere. The government put in place strict lockdown measures, closing borders, enforcing curfews and even banning alcohol sales to prevent “reckless behavior” caused by drinking.

By the end of September, cases were down and the government announced the easing of lockdown restrictions, reopening the country to tourists and business travelers. This freedom gave the new variant of the virus the space it needed to spread, however, accelerating a second wave that has hit harder and faster than the first.

More than 48,000 South Africans have died from coronavirus, and the South African variant has been detected in more than 40 countries, including the United States.

Health experts warn that global vaccination efforts need to be stepped up to prevent more mutations from taking place, and more variants from arising. Another strain that arose independently in Brazil has also shown similar mutations to the South African strain, with the same potential to reinfect people who already had Covid-19.

“We are in a race to get ahead of the virus, to reduce transmission, to vaccinate everybody in the world before this virus evolves in ways that we can’t predict,” said Jeremy Farrar, director of the Wellcome Trust, a health charity in the United Kingdom.

The mutations have caused a serious setback for South Africa’s vaccine plans. A study of about 2,000 people indicated that the AstraZeneca vaccine is far less effective against the new variant, protecting people only 22 percent better than a placebo. The findings prompted South Africa’s government to halt the rollout of the vaccine, which was due to begin the week of Feb. 8.

South Africa was then left with the challenge of what to do with the million doses of the AstraZeneca vaccine that had already arrived in the country and are due to expire at the end of April.

Health Minister Zweli Mkhize announced this week that the government has offered the unused doses to the African Union to distribute to other countries on the continent that have not been hit as hard by the South African variant, saying there would be “no wasteful and fruitless expenditure.”

Meanwhile, the Oxford University group that worked with AstraZeneca to develop its vaccine said it is going to start working on a new version designed to recognize the new variant. The scientist who led the development of the vaccine, Sarah Gilbert, a professor of vaccinology, told the BBC that the modified shot could be ready by the fall.

Richard Engel has been NBC News’ chief foreign correspondent since 2008.