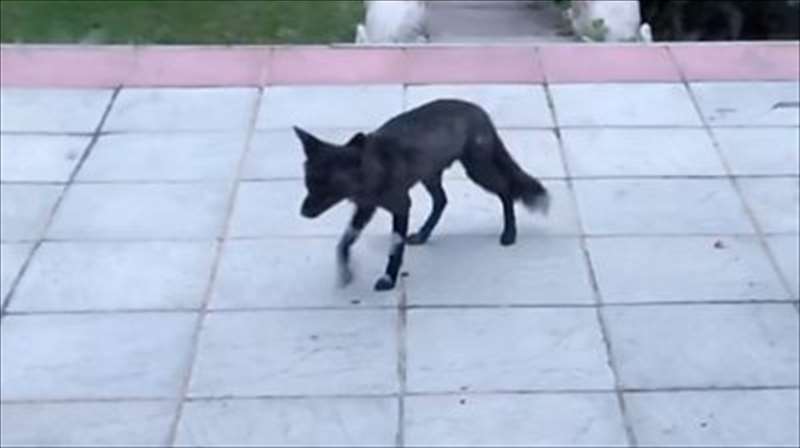 A rare black fox has been caught on camera prowling around a garden in west London.

It was spotted by Faroz and his daughter Sophia, from Isleworth, who first thought it was a wolf, or a wild dog.

The animals are a type of North American red fox with a trait that makes their fur silvery-black. They make up about 0.1% of the UK fox population.

"It was so big, I'd never seen anything like it before. Just pure amazement, really," Faroz said.

The fur of the black fox is dark because of a rare genetic variation, but the campaign group Black Foxes UK say sightings have risen across several London boroughs since 2016.