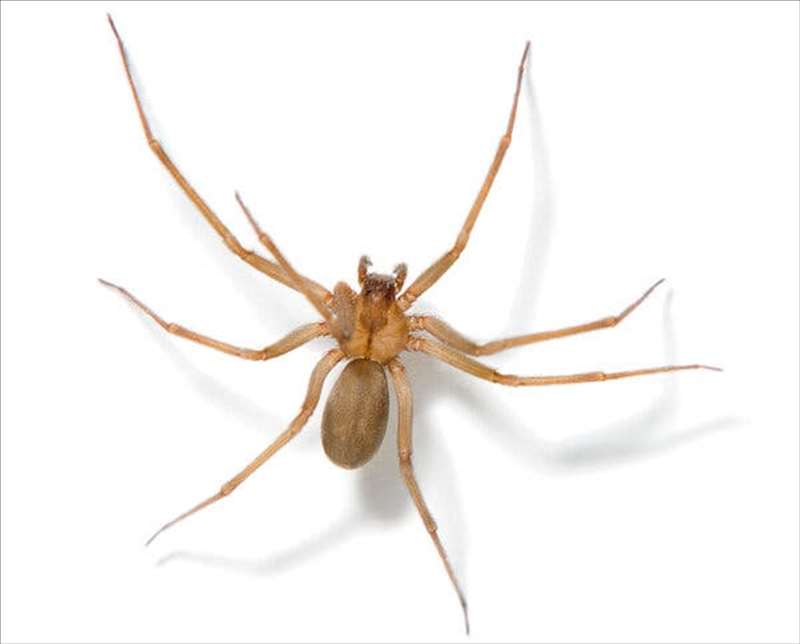 The discovery of Mediterranean recluse spiders at the University of Michigan prompted a two-day closure of one of its libraries.

Late last month, Anne Danielson-Francois, an associate biology professor at the University of Michigan, received an unusual package. She had instructed the sender to make sure the contents — spiders — were cushioned because she did not want their legs to break off.

When Dr. Danielson-Francois opened the little brown box, there they were — a male spider stuck on a glue trap, two female spiders suspended in an alcohol solution, and a few juvenile spiders.

Dr. Danielson-Francois, who works at the university’s Dearborn campus, had been enlisted by university officials as a sort of spider-buster. Last month, pest management teams found that unfamiliar spiders had moved into the basement of the Shapiro Undergraduate Library on the Ann Arbor campus, a space fewer people were visiting because of the coronavirus pandemic, the university said.

Dr. Danielson-Francois usually studies another type of spider, a giant nephila, or orb-weaving spider. But she probed the desiccated body of the male, examined its genitalia, consulted taxonomic literature, noted its six eyes and arrived at a conclusion: Mediterranean recluse spiders were occupying the library basement.

In response to the infestation, the library, which was open by appointment only, closed on Sunday and Monday to deal with the spiders.

The university issued a statement on Tuesday announcing the discovery of the arachnids in which it explained that Mediterranean recluse spiders are even more solitary than their U.S. cousins, brown recluse spiders. Given the low risk posed by the spiders, the university said that the decision to close the library was “a misunderstanding of the situation.”

The pest management team was treating the tunnels of the buildings with pesticides, cleaning out remote spaces and asking people to report any further sightings.

“Due to the pandemic, these are almost all low-occupancy buildings as the university prioritized social distancing, reduced density and increased cleaning in all of our facilities,” she said in an email on Thursday.

Recluse spiders are aptly named. They like to be alone, and generally stay away from places where there is foot traffic, instead choosing to crawl around in basements or wherever they can find a crevice.

“They do not see you as a prey item,” she added. “They don’t want to consume you. It’s more of a defense.”

“People do get concerned where recluses are involved — there is a lot of fear there,” Dr. Danielson-Francois said. “But browsing the library stacks, you would be so unlikely to encounter one of these spiders.”

“They may overpopulate that building, but go to the next building and there are no recluses,” he said. “A few buildings in every state does not mean they are widespread causing damage.”

Skin lesions are often misdiagnosed as being caused by spider bites, he said, noting that a brown recluse spider bite can possibly lead to a “very, very, very rare” fatal case. “We are talking a couple of bites a year,” he said.

He added that a fear of spiders was often irrational. “They have many legs, move fast, are hairy, they have many eyes and they show up unexpectedly,” he said. “They just look different and act different.”