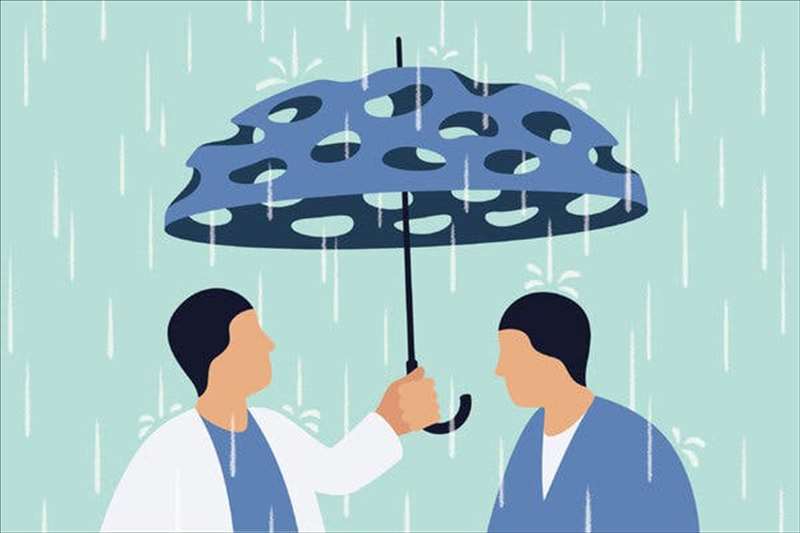 I’ve reported on behavior and mental health for 20 years. As I exit, I can’t help but wonder why researchers have placed so little emphasis on helping people in distress today.

When I joined the Science staff in 2004, reporters in the department had a saying, a reassuring mantra of sorts: “People will always come to the science section, if only to read about progress.”

Like most science reporters, I had wanted to report on something big, to have a present-at-the-creation run that would shake up our understanding of mental health problems. At minimum, I expected research that would help people in distress improve their lives.

On the other hand, the science did little to improve the lives of the millions of people living with persistent mental distress. Almost every measure of our collective mental health — rates of suicide, anxiety, depression, addiction deaths, psychiatric prescription use — went the wrong direction, even as access to services expanded greatly.

What happened? After 20 years covering the field, here and at The Los Angeles Times, I have a few theories, and some ideas on what might be required to turn things around.

Early on in my job, I started to field a steady stream of calls and emails, usually from parents asking for advice.

“My son is suicidal. We’ve tried everything. What do we do?”

“Our daughter is cutting herself, she’s out of control. Can you recommend a therapist, or someone to talk to?”

More than a few of these queries came from colleagues at The Times. Others came from friends and family.

I always provided suggestions and referrals (with a disclaimer), and helped decode the psychiatric jargon, if needed. I also followed up later, to see how things were going. This second conversation was a reminder, every time, that the mental health system, for all its caring professionals, is chaotic and extremely difficult to navigate. There are few systemwide standards, and vast and hidden differences in quality of care. Good luck finding an authoritative guide to navigating the full range of appropriate options.

In time, those seeking help became the lens through which I saw my job, and their questions became my own. What does a diagnosis of bipolar really mean, in a young child? Is this drug necessary? How trustworthy is the evidence?

One answer to that last question came in the mid-2000s, when the Food and Drug Administration held a series of hearings on whether antidepressant drugs, like Paxil, Prozac and Zoloft, backfired in a small number of users, causing suicidal thinking and behavior.

The hearings were hair-raising. Hundreds of family members who had lost a loved one crowded the rooms, their anger and expectation sucking up most of the oxygen; and some of the parents, it was clear, knew at least as much about the drugs as the doctors.

When it came to judging government-funded research projects — a cleaner enterprise, presumably — I again asked the questions that people in crisis continually asked me. Is this study finding useful for my son, or my sister, in any way? Or, more generously, given the pace of research: Could this work potentially be useful to someone, at some point in their lifetime?

The answer, almost always, was no. Again, this is not to say that the tools and technical understanding of brain biology didn’t advance. It’s just that those advances didn’t have an impact on mental health care, one way or the other.

Don’t take my word for it. In his forthcoming book, “Recovery: Healing the Crisis of Care in American Mental Health,” Dr. Thomas Insel, former director of the National Institute of Mental Health, writes: “The scientific progress in our field was stunning, but while we studied the risk factors for suicide, the death rate had climbed 33 percent. While we identified the neuroanatomy of addiction, overdose deaths had increased by threefold. While we mapped the genes for schizophrenia, people with this disease were still chronically unemployed and dying 20 years early.”

And on it goes, to this day. Government agencies, like the National Institute on Drug Abuse and the National Institute of Mental Health, continue to double down, sinking enormous sums of taxpayer money into biological research aimed at someday finding a neural signature or “blood test” for psychiatric diagnoses that could be, maybe, one day in the future, useful — all while people are in crisis now.

How can the fields of behavior and brain science begin to turn the corner, and become relevant in people’s lives? For one, prominent scientists who recognize the urgency will have to speak more candidly about how money, both public and private, can warp research priorities. And funders, for their part, will have to listen, perhaps supporting more small teams working to build the psychological equivalent of a life preserver: treatments and supports and innovations that could be implementedin the near future.