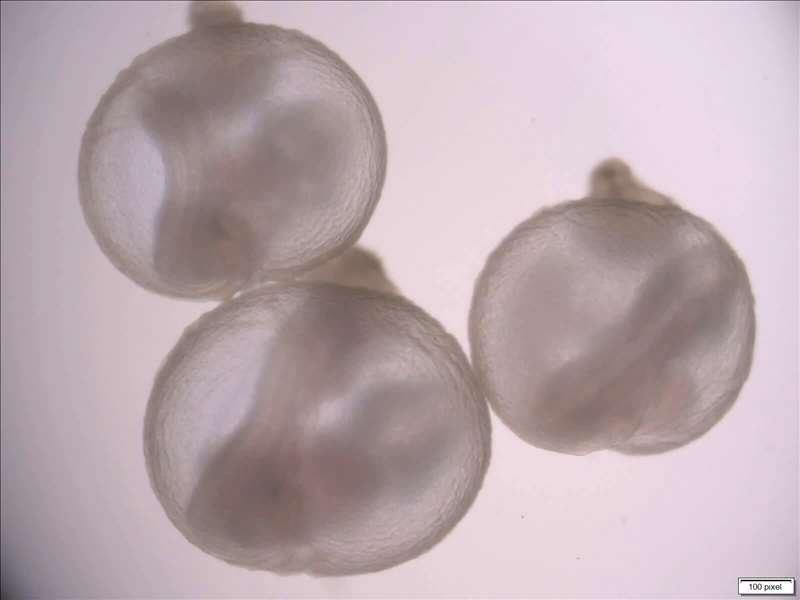 Biologists have long held that a fetus needs a living uterus to develop. Maybe not anymore.

The mouse embryos looked perfectly normal. All their organs were developing as expected, along with their limbs and circulatory and nervous systems. Their tiny hearts were beating at a normal 170 beats per minute.

But these embryos were not growing in a mother mouse. They were developed inside an artificial uterus, the first time such a feat has been accomplished, scientists reported on Wednesday.

The experiments, at the Weizmann Institute of Science in Israel, were meant to help scientists understand how mammals develop and how gene mutations, nutrients and environmental conditions may affect the fetus. But the work may one day raise profound questions about whether other animals, even humans, should or could be cultured outside a living womb.

At that point, the embryos were about halfway through their development; full gestation is about 20 days. A human at this stage of development would be called a fetus. To date, Dr. Hanna and his colleagues have grown more than 1,000 embryos in this way.

“It really is a remarkable achievement,” said Paul Tesar, a developmental biologist at Case Western Reserve University School of Medicine.

Alexander Meissner, director of genome regulation at the Max Planck Institute for Molecular Genetics in Berlin, said that “getting this far is amazing” and that the study was “a major milestone.”

But the research has already progressed beyond what the investigators described in the paper. In an interview, Dr. Hanna said he and his colleagues had taken fertilized eggs from the oviducts of female mice just after fertilization — at Day 0 of development — and had grown them in the artificial uterus for 11 days.

Until now, researchers were able to fertilize eggs from mammals in the laboratory and grow them for only a short time. The embryos needed a living womb. “Placental mammals develop locked away in the uterus,” Dr. Tesar said.

That prevented scientists from answering fundamental questions about the earliest stages of development.

“The holy grail of developmental biology is to understand how a single cell, a fertilized egg, can make all of the specific cell types in the human body and grow into 40 trillion cells,” Dr. Tesar said. “Since the beginning of time, researchers have been trying to develop ways to answer this question.”

The only way to study the development of tissues and organs was to turn to species like worms, frogs and flies that do not need a uterus, or to remove embryos from the uteruses of experimental animals at varying times, providing glimpses of development more like snapshots than video.

What was needed was a way to get inside the uterus, watching and tweaking development in mammals as it happened. For Dr. Hanna, that meant developing an artificial uterus.

He spent seven years developing a two-part system that includes incubators, nutrients and a ventilation system. The mouse embryos are placed in glass vials inside incubators, where they float in a special nutrient fluid.

The vials are attached to a wheel that slowly spins so the embryos do not attach to the wall, where they would become deformed and die. The incubators are connected to a ventilation machine that provides oxygen and carbon dioxide to the embryos, controlling the concentration of those gasses, as well as the gas pressure and flow rate.

At Day 11 of development — more than halfway through a mouse pregnancy — Dr. Hanna and his colleagues examined the embryos, only the size of apple seeds, and compared them to those developing in the uteruses of living mice. The lab embryos were identical, the scientists found.

By that time, though, the lab-grown embryos had become too large to survive without a blood supply. They had a placenta and a yolk sack, but the nutrient solution that fed them through diffusion was no longer sufficient.

Getting past that hurdle is the next goal, Dr. Hanna said in an interview. He is considering using an enriched nutrient solution or an artificial blood supply that connects to the embryos’ placentas.

In the meantime, experiments beckon. The ability to keep embryos alive and developing halfway through pregnancy “is a gold mine for us,” Dr. Hanna said.

The artificial womb may allow researchers to learn more about why pregnancies end in miscarriages or why fertilized eggs fail to implant. It opens a new window onto how gene mutations or deletions affect fetal development. Researchers may be able to watch individual cells migrate to their ultimate destinations.

The work is “a breakthrough,” said Magdalena Zernicka-Goetz, professor of biology and biological engineering at Caltech. It “opens the door to a new age of studying development in the experimental mouse model.”

Combine that development with Dr. Hanna’s work, and “now you don’t need mice to study mouse embryo development,” Dr. Meissner said. Scientists may be able to make all the embryos they need from connective tissue.

If scientists could make embryos without fertilizing eggs and could study their development without a uterus, Dr. Meissner said, “you can get away from embryo destruction.” There would be no need to fertilize mouse eggs only to destroy them in the course of study.

In the future, Dr. Tesar said, “it is not unreasonable that we might have the capacity to develop a human embryo from fertilization to birth entirely outside the uterus.”

Of course, even the suggestion of this science fiction scenario is bound to horrify many. But it is early days, with no assurance human fetuses could ever develop entirely outside the womb.

Even assuming they could, Dr. Tesar noted, “whether that is appropriate is a question for ethicists, regulators and society.”