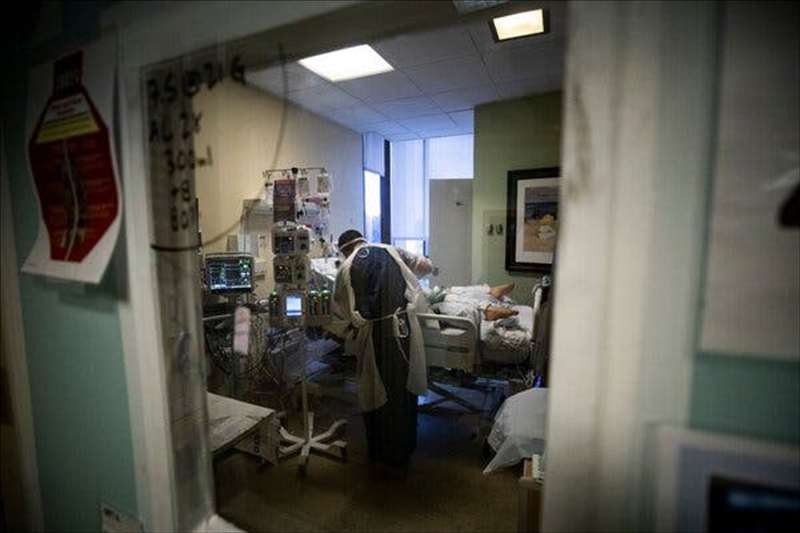 A large new study has confirmed an association between obesity and patient outcomes among people who contract the coronavirus.

Over the past year, many scientific teams around the world have reported that obese people who contract the coronavirus are especially likely to become dangerously ill.

The study, performed by a team of researchers at the Centers for Disease Control and Prevention, has confirmed that obesity significantly increases the risk for hospitalization and death among those who contract the virus. And among those who are obese, the risk increases as a patient’s body mass index, or B.M.I., a ratio of weight to height, increases. Patients with a B.M.I. of 45 or higher, which corresponds to severe obesity, were 33 percent more likely to be hospitalized and 61 percent more likely to die than those who were at a healthy weight, the researchers found.

“The findings of the study highlight the serious clinical public health implications of elevated B.M.I., and they suggest the continued need for intensive management of Covid-19 illness, especially among patients affected by severe obesity,” said the lead author, Lyudmyla Kompaniyets, a health economist at the Division of Nutrition, Physical Activity and Obesity at the C.D.C.

But the relationship between weight and outcomes is nuanced. Covid-19 patients who were underweight were also more likely to be hospitalized than those who were at a healthy weight, although they were not more likely to be admitted to the intensive care unit or to die.

Dr. Kompaniyets and her colleagues used a database of Covid-19 cases to identify 148,494 adults who received a diagnosis of the disease at American hospitals from last March to December. They calculated the B.M.I. of each patient and looked for correlations between B.M.I. and a variety of serious outcomes, including hospitalization, I.C.U. admission, mechanical ventilation and death.

Providing evidence for this kind of “dose response” relationship makes the study particularly compelling, said Dr. Anne Dixon, the director of pulmonary and critical care medicine at the University of Vermont Medical Center, who was not involved in the research. “What it shows is the more severe your obesity, the worse the effect is. And the fact that goes up stepwise with increasing levels of obesity, I think, adds sort of biological plausibility to the relationship between obesity and the outcome.”

“Potentially because they had more power from this large sample size, they’ve demonstrated that obesity remains an important risk factor for death in older adults as well,” said Dr. Michaela R. Anderson, an expert in pulmonary and critical care medicine at Columbia University Medical Center, who was not involved in the study. “It’s a beautifully done study with a massive population.”

Dr. Kompaniyets and her colleagues also documented a linear relationship between B.M.I. and the likelihood of needing mechanical ventilation; the higher the B.M.I., the more likely a patient was to require such intervention, which is invasive and can come with serious complications.

The study also found that patients who were underweight, with a B.M.I. below 18.5, were 20 percent more likely to be hospitalized than those who had a healthy weight. The reasons are not entirely clear, but may stem from the fact that some of these patients were malnourished or frail or had other diseases.

The B.M.I. range associated with the best outcomes, the researchers found, was near the dividing line between what is considered healthy and overweight, consistent with some prior research suggesting that a few extra pounds might help protect people when they contract an infectious disease.

“Exactly why that association exists is currently unknown,” said Dr. Alyson Goodman, a pediatrician and medical epidemiologist at the C.D.C. and a co-author of the study. One possibility is that having a bit of extra fat may provide much needed energy reserves over the course of a long illness.

The findings highlight the importance of carefully managing the care of patients who are severely obese and of ensuring that people who are obese have access to vaccines and other preventive measures.

“This just provides further evidence for the recommendation to vaccinate those with a high B.M.I. as early as feasible,” said Sara Y. Tartof, an infectious disease epidemiologist at the Department of Research & Evaluation at Kaiser Permanente, who was not involved in the study.