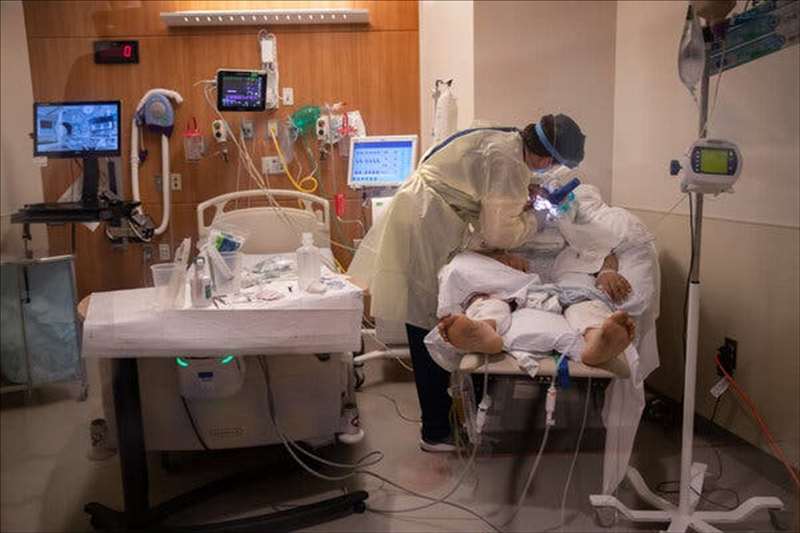 Scientists are examining a possible link to tinnitus. A businessman’s suicide has lent urgency to the research.

The suicide of Kent Taylor, the founder and chief executive of the Texas Roadhouse restaurant chain, has drawn attention to a possible link between Covid-19 and tinnitus, the medical term for a constant ringing in the ears.

“In the 24 hours since we published, I’ve received about 100 emails,” said Kevin Munro, a professor of audiology at the University of Manchester and a co-author of the study. “Almost of all of them were people saying, ‘I was so happy to read about this, because my doctor thought I was crazy when I mentioned tinnitus and now I know I’m not the only one.’”

There is also some evidence that Covid-19 can aggravate symptoms among people who had tinnitus before they contracted the disease. A study published late last year in the journal Frontiers in Public Health surveyed 3,100 people with tinnitus and found that 40 percent of the 237 respondents who had contracted Covid-19 reported that their symptoms were “significantly exacerbated” following the infection.

“There are a lot of viruses that have an impact on the ears, including measles, mumps and rubella,” said Dr. Eldre Beukes, the audiologist at Anglia Ruskin University in England who led the study. “It could also be the case that medication taken to combat Covid is making tinnitus worse. And there is a well-known link between tinnitus and stress.”

Covid-19 has complicated life for tinnitus sufferers even if they have not contracted the virus, said Kim Weller, an I.T. specialist who lives in Houston and is part of a tinnitus support group based there.

“There’s a gentleman in Ohio who I text and talk on the phone with and I’d describe him as being at the end of his rope,” she said. “He’s not working, trouble sleeping, living alone. His situation is definitely worse because of Covid, because he’s just so isolated.”

Exactly why tinnitus affects certain people is a bit of a mystery. There are roughly 200 causes of the condition, including exposure to loud noises, stress, hearing loss and perforated eardrums. There is currently no cure. Patients are often treated with cognitive behavioral therapy — essentially, talk therapy designed to rewire thoughts and behaviors — or coached on how to habituate themselves to the condition.

The C.D.C. found in a 2011-2012 survey — the most recent data available — that 15 percent of respondents said they had suffered some kind of tinnitus. Of them, 26 percent said it was constant or near constant ringing, and 30 percent described the condition as a “moderate” or “very big” problem in their lives.

A very small group of people in Dr. Beukes’s study — seven — reported that Covid-19 brought on tinnitus for the first time. Just over half of people with tinnitus said the illness had left their symptoms unchanged.

Curiously, 6 percent said they were less bothered by tinnitus after contracting the disease. Dr. Beukes speculates that for these people, a life-threatening condition had the effect of reframing the noise in their head.

“Contracting Covid meant that in some cases they were struggling to survive, and that left them with a very different perspective,” she said.

The roughly 40 percent of respondents who said that Covid-19 made their tinnitus worse includes people like Aisling Starrs of Derry, in Northern Ireland. She’d coped with hearing loss in her right ear her entire life. Two years ago, she gave birth to a daughter and within minutes noticed a buzzing in both ears that did not abate.

“Then in September I got Covid, and it went straight for my ears,” said Ms. Starrs, who is an occupational therapist. “On a scale of one to 10, it was a three before Covid. Since then, it’s been a seven.”

She had no idea that exacerbated tinnitus might be a Covid-related problem until she learned otherwise on the website of the British Tinnitus Association, a co-sponsor of the Anglia Ruskin study.

“I thought, ‘Thank God’ when I realized I wasn’t the only one out there,” she said. “I’ve met people through my work who don’t realize that there’s a medical term for the ringing in their ears. Just knowing that other people have the same condition is an enormous relief.”