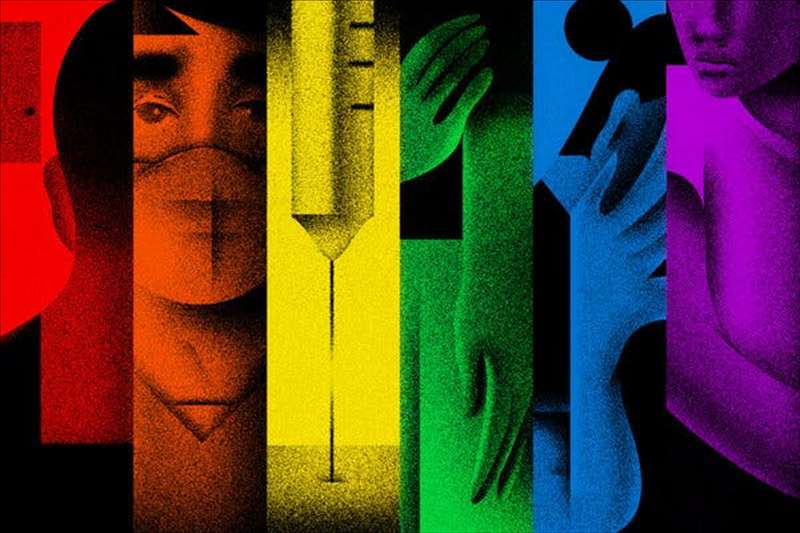 Evidence suggests that some sexual and gender minorities — especially people of color — are hesitant to get vaccinated due to mistrust of the medical establishment.

At her last doctor’s appointment, Erica Tyler, who lives in Brooklyn, N.Y., joked that she didn’t want to get vaccinated for Covid-19 “because another foot might grow out of my forehead. And I’m not ready for that.”

Ms. Tyler, 68, a cancer survivor who has diabetes and high blood pressure, lost her wife to a heart attack nearly a year ago and has been staying home throughout the pandemic to avoid becoming infected with the coronavirus. But when the vaccine became available, she did not rejoice.

“I was resistant,” Ms. Tyler said. She described feeling unsettled by the push to vaccinate minorities, especially given how Black people have been underserved or mistreated by the medical establishment in the past.

“I felt that they were trying to storm people who they wanted to eliminate out of society,” she said, namely “the elderly and the Black people.”

“There’s an overarching mistrust around vaccination,” said Anthony Fortenberry, the chief nursing officer of the Callen-Lorde Community Health Center, which provides medical care to L.G.B.T.Q. people in New York City. “They’re not sure if they want to get it.”

“They are not quick conversations,” he said. “They are addressing someone’s personal experiences and their history of discrimination.”

But not everyone has a health care provider with whom they feel comfortable sharing their concerns.

“I worry that without those conversations happening, people will continue to not get vaccinated,” he said.

Health care workers are encountering the same resistance in their patients. “Some people just literally said, ‘Well, no — Trump was involved in getting this vaccine going so I’m not going to get the vaccine,’” said Jill Crank, a nurse practitioner at Johns Hopkins Community Physicians in Baltimore.

Dezjorn Gauthier, 29, a Black transgender man who lives about 20 minutes from Milwaukee, said that although he is currently eligible to get the vaccine, he doesn’t want it.

“Right now it’s a no-go,” said Mr. Gauthier, a model and business owner who has Covid-19 antibodies because he contracted the coronavirus last year. The vaccine’s development moved “so rapidly and so quickly, it just has me a little bit hesitant,” he said, adding that he’s also unsure about the vaccine’s ingredients. “There’s a fear in the community.”

For members of the L.G.B.T.Q. community, and especially people of color, the hesitancy stems, in part, from pre-existing mistrust in the medical establishment, the experts said.

“The fear of being rejected is already there,” Ms. Crank said. “They may have already been rejected by their families, friends, co-workers — so it can cause a deep depression and lack of trust in anyone, including health care workers.”

There are additional, different concerns about the vaccine among transgender people, advocates say, especially those who have received silicone injections or hormone replacement therapy.

“There’s not something intrinsic about being transgender that would make somebody more likely to respond poorly to the vaccine or have more side effects,” said Dr. Mayer, whose institution has enrolled over 200 participants in the largest, most recent AstraZeneca Covid-19 vaccine trial.

Ms. Roman-Taylorson said she was initially hesitant to get vaccinated, but eventually decided to do it because she knew she needed to stay healthy to lead her agency.

“I felt the benefit outweighed the risk,” she said. But, she added, “there’s some folks even within our organization who are not willing to take it because they don’t trust the process. They don’t trust how it’s been developed.”

Although the vaccine was developed and manufactured quickly, “the safety steps were definitely not cut,” Dr. Mayer said, citing the independent data safety monitoring board that examines the data and the Food and Drug Administration’s stringent vetting process.

“I really think this is an example of science going right,” he added.

Public health experts say vaccination is safe and that there are a number of reasons to believe that if sexual and gender minorities don’t get vaccinated, they are more at risk of contracting Covid and becoming severely ill than the general population.

Even those who can socially distance harbor skepticism about the need to vaccinate.

“My girlfriend and I live a very secluded life but wear masks and protection everywhere we go,” said Rayshawn Stallings, 30, a transgender Black man who lives in Pensacola, Fla. “No one enters our home and we have no contact with anyone other than each other. So why would we need to get the vaccine?”

As for Ms. Tyler, in Brooklyn, after speaking with seven of her friends who had taken the vaccine, none of whom had troubling side effects, she changed her mind and decided to get vaccinated. She received her first dose in February and is scheduled to get the second in mid-March.

“I did not want to cut short my living by having to hide in my house,” she said. “So I took a leap of faith.”