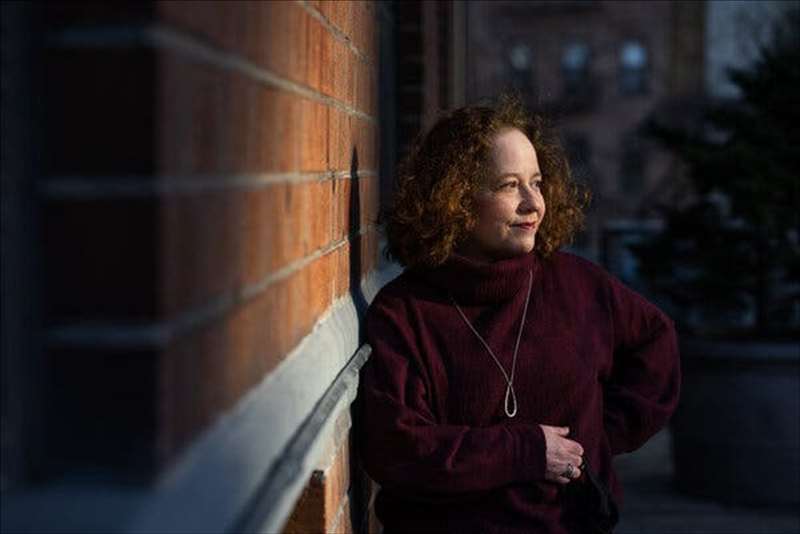 It is too soon to tell whether the shots have a broad beneficial effect on patients with continuing issues, but scientists are intrigued and beginning to study the phenomenon.

Judy Dodd began struggling with long Covid symptoms last spring — shortness of breath, headaches, exhaustion. Then she got the vaccine.

After her first Pfizer-BioNTech shot in late January, she felt so physically miserable that she had to be persuaded to get the second. For three days after that one, she also felt awful. But the fourth day, everything changed.

“I woke up and it was like ‘Oh what a beautiful morning,’” said Ms. Dodd, a middle-school teacher who is also an actor and director. “It was like I’d been directing ‘Sweeney Todd’ for months, and now I’m directing Oklahoma.”

Ms. Dodd, who continues to feel good, is among a number of people who are reporting that the post-Covid symptoms they’ve experienced for months have begun improving, sometimes significantly, after they got the vaccine. It’s a phenomenon that doctors and scientists are watching closely, but as with much about the yearlong coronavirus pandemic, there are many uncertainties.

Scientists are only beginning to study any potential effect of vaccines on long Covid symptoms. Anecdotes run the gamut: Besides those who report feeling better after the shots, many people say they have experienced no change and a small number say they feel worse.

Reports from doctors vary too. Dr. Daniel Griffin, an infectious disease physician at Columbia University, said about 40 percent of the long Covid patients he’s been treating cite symptom improvement after the vaccine. “They notice, ‘Hey, over the days, I’m feeling better. The fatigue isn’t so bad, maybe smell is coming back,’” Dr. Griffin said.

Additional information comes from two surveys of several hundred people with long Covid symptoms, many of whom were never hospitalized for the disease.

In that survey, by Gez Medinger, a London-based filmmaker who has experienced post-Covid symptoms, 61 people, just under 18 percent, felt worse, most of them reporting only a slight decline in their condition. Nearly half — 172 people — reported feeling no different.

Jim Golen, 55, of Saginaw, Minn., feels some long Covid symptoms have worsened since his vaccination. Mr. Golen, a former hospice nurse who also has a small farm, had experienced months of difficulty, including blood clots in his lungs, chest pain, brain fog, insomnia and shortness of breath with any exertion. Late last year, after seeing several doctors, “I was finally starting to get better,” he said.

Since receiving the second dose of the Pfizer vaccine in mid-January, he said, his chest burning and shortness of breath have returned with a vengeance, especially if he taxes himself with activities like collecting sap from the maple trees on his farm. Nonetheless, Mr. Golen said he was “very happy” to be vaccinated, emphasizing that the effects of Covid were worse and preventing it is crucial.

Some people shared stories of stark symptom improvements that took them by surprise.

Laura Gross, 72, of Fort Lee, N.J. rattled off a lengthy list of debilitating long Covid symptoms she’d experienced since April, including exhaustion, joint pain, muscle aches and a “zizzy-dizzy-weaky thing that was like an internal headachy all-over-body vibration.”

Her cognitive fuzziness and forgetfulness were so intense that “brain fog barely describes it,” she said. “It’s more like brain cyclone.”

Three days after her first Moderna shot in late January, everything changed. “It was like a revelation,” she said. The brain fog cleared completely, muscle aches were gone, joint pains were less intense and she suddenly had much more energy. It felt, she said, “like the old me.”

That continued after the second dose. “It’s like my cells went kerflooey last year when they met Covid,” she said, and the “vaccine said, ‘Wait, you dopes, that isn’t how you fight this, do it this way.’”

Recently, she walked briskly for 23 minutes and even “ran a little bit because I was so happy,” she said. “I’m a very happy little chappy.”

Scientists say that understanding whether vaccines help some long Covid patients but not others could help unravel the underlying causes of different symptoms and potential ways to treat them.

“They might be different disease processes and you manage them differently,” said Dr. Adam Lauring, a virologist and infectious disease physician at the University of Michigan. “It might be that there’s a subset of people who have a certain type of long Covid, who respond well to vaccines, but there might be other people who have a different subtype that we haven’t quite defined yet.”

Akiko Iwasaki, an immunologist at Yale, said that a vaccine, by generating antibodies to the coronavirus’s spike protein, could potentially eliminate vestiges of the virus or remnants of viral RNA that may linger in some patients.

If this is occurring, she said, it could suggest that the vaccine “might be like a permanent cure” for those patients.

Dr. Iwasaki said the vaccine might also help people whose long Covid symptoms may be caused by a post-viral response resembling an autoimmune disease if “the vaccine stimulates innate immune responses that dampen these kinds of autoreactive responses,” she said. But based on experiences of people with other autoimmune diseases, that relief would “not be very long-lasting and they would kind of revert back” to having symptoms like fatigue, she said.

Dr. Eric Topol, a professor of molecular medicine at the Scripps Research Institute in San Diego, said he is starting a study to measure physiological information like heart rate, respiratory rate, temperature and markers of immune system response in people with long Covid before they receive a vaccine and weeks afterward.

It’s plausible that “you have your immune system revved up when you’re fighting a reservoir” of virus or RNA remnants, he said, “and that could be an explanation of why you’re in overdrive with your heart rate.” He wants to see if these biological indicators improve post-vaccine.

“We’d really like objective metrics that show that you not just feel better,” Dr. Topol said. “You could feel better from the placebo effect, but it’s unlikely your heart rate’s going to go from 100 to 60 because of a placebo effect. And if we keep seeing that pattern, that would be like Eureka.”

He added, “I think there’s probably something there, but I just don’t know what is the magnitude, how many people are going to benefit.”

There are many other questions: Are there specific characteristics, like age, gender, type or duration of symptoms, that might make some long Covid patients more likely to feel better? Would a vaccine be less effective for people with more complex conditions: people whose symptoms are driven by multiple biological pathways (perhaps both an RNA remnant and autoimmune activation) or whose symptoms have changed or fluctuated over time? Are certain types of vaccines more likely to produce benefit?

Bridget Hayward, 51, an operating room nurse in Alexandria, Va., said that after contracting Covid a year ago, her body ached from her hands to her hips and she became so brain-fogged that instead of asking for a scalpel, she would say “Give me that sharp thing we cut with.”

Almost daily, she would briefly pass out while bending down to fix a patient’s intravenous line or plug in the cord of a hospital bed.

“It was horrifying,” she said. “It was awful thinking it may never get better, like ‘Is this my new normal, am I now damaged this way?’”

After several months, her worst symptoms improved, but she still tired easily, felt hot even in cool weather, and found it too taxing to do some ordinary tasks, she said.

One day after her first dose of the Pfizer vaccine in late December, “it was like click, everything is fine,” she said. Her body temperature has normalized and “it felt like a darkness lifted.”

While “it’s not 100 percent every day,” she said she has so much energy now that “I’m not just getting from A to B, I’m like leaping up.”

One recent day, she did several long-overdue errands. “This may not sound like much but it is a 180-turnaround from three months ago,” she said. “I’m back!”

Kim Leighton, 64, of Vancouver, Wash., has had a similar experience. She was hospitalized last March and had long Covid symptoms that included mini blackouts, shortness of breath, getting lost in her own neighborhood, depression and fatigue.

When she started feeling better in late January, she didn’t even think to connect it to the vaccine, but later realized her stark improvement had started four days after receiving her first Moderna shot. She is delighted that she can now take walks in downtown Portland and has the desire to reconnect with friends.

“Every day, I feel like I’m feeling stronger,” Ms. Leighton said. “All the stuff I had to let go of, I’m trying to get it back.”

Ms. Dodd, like several others, said she wasn’t taking her improvement for granted. “I’m still sort of wary of what’s around the corner, this disease is so unpredictable,” she said.

But, she added, “even if, God forbid, I have a relapse, to have this time now when I feel better, it’s really amazing.”