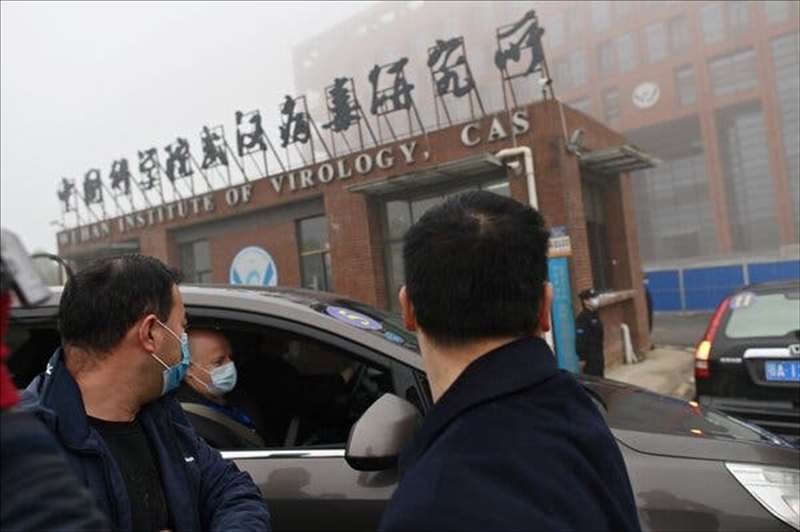 Those who still suspect the outbreak in China may have been caused by a lab leak or accident are pressing for an independent investigation.

A small group of scientists and others who believe the novel coronavirus that spawned the pandemic could have originated from a lab leak or accident is calling for an inquiry independent of the World Health Organization’s team of independent experts sent to China last month.

While many scientists involved in researching the origins of the virus continue to assert that the SARS-CoV-2 pandemic almost certainly began in a leap from bats to an intermediate animal to humans, other theories persist and have gained new visibility with the W.H.O.-led team of experts’ visit to China. Officials with the W.H.O. have said in recent interviews that it was “extremely unlikely” but not impossible that the spread of the virus was linked to some lab accident.

The open letter, first reported in The Wall Street Journal and the French publication Le Monde, lists what the signers see as flaws in the joint W.H.O.-China inquiry, and state that it could not adequately address the possibility that the virus leaked from a lab. The letter further posits the type of investigation that would be adequate, including full access to records within China.

The W.H.O. mission, as with everything involving China and the coronavirus, has been political from the start as the international team’s members acknowledged.

Some scientists are calling for an investigation independent of that under way by a team of scientists and the World Health Organization into the source of the novel coronavirus outbreak in China.

Richard Ebright, a molecular biologist at Rutgers University and one of the scientists who signed the letter, said it grew out of a series of online discussions among scientists, policy experts and others who came to be known informally as the Paris group. Many of those who signed the letter were based in France and Dr. Ebright, who has been outspoken about the need to investigate a possible laboratory leak, said such discussion had been less vigorous in the United States.

He said that no one in the group thought that the virus had been intentionally created as a weapon, but they were all convinced that an origin in a lab through research or by accidental infection was as likely as a spillover occurring in nature from animals to humans.

Dr. Ebright said the letter was released because the Paris group expected to see an interim report from the W.H.O. on Thursday. The letter, he added, “was communicated to high levels of the W. H.O. on Tuesday.”

Asked to respond to the letter, Tarik Jasarevic, a spokesman for the W.H.O., replied in an email that the team of experts that had gone to China “is working on its full report as well as an accompanying summary report, which we understand will be issued simultaneously in a couple of weeks.”

The open letter noted that the W.H.O.’s study was a joint effort by a team of outside experts, selected by the global health organization, who worked along with Chinese scientists, and that the team’s report must be agreed on by all. The letter emphasized that the team was denied access to some records and did not investigate laboratories in China.

Findings by the team, the letter stated, “while potentially useful to a limited extent, represent neither the official position of the W.H.O. nor the result of an unrestricted, independent investigation.”

Without naming him, the letter criticized Peter Daszak, an expert in animal diseases and their connection to human health, who is the head of EcoHealth International. The letter linked to articles about Dr. Daszak and said he had previously stated his conviction that a natural origin of the virus was most likely.

Dr. Daszak said the letter’s push to investigate a lab origin for the virus was a position “supported by political agendas.”

“I strongly urge the global community to wait for the publication of the report from the W. H.O. mission,” he added.

Filippa Lentzos, a senior lecturer in science and international security, at King’s College London, and one of the signers of the letter, said, “I think in order to get a credible investigation, it has to be more of a global effort in the sense that it should be taken to the U.N. General Assembly where all the nations of the world are represented and can vote on whether or not to give a mandate to the U.N. secretary general, to carry out this kind of investigation.”

“I completely agree, based on what we know so far, that the W.H.O. investigation appears to be biased, skewed, and insufficient,” he said in an email. “Most importantly, without full transparency and access to the primary data and records, we cannot understand the basis for any of the comments issued so far on behalf of the investigation or by W.H.O.”

At the same time, scientists working on coronaviruses continue to unearth and report evidence to support the natural evolution and spillover of the virus from animals.

He said that he was familiar with some of the views of the letter signers expressed in previous media appearances or on social media, involving speculation about ways the virus could have come from laboratory work, and that none of those views appeared in the letter.

Dr. Garry said the possible scenarios described in the letter were that “the Wuhan Institute of Biology either had SARS-CoV-2 or something very close to it before the outbreak. And for whatever reason, some grand conspiracy, they just didn’t want to tell anybody about it.”

He said he continued to believe that a lab origin was “next to impossible.” He said, “We need to look in animals.”

That seems to strike at the heart of the concerns of the Paris group, which is the nature of future research. Dr. Ebright said that everyone in the group was concerned about both wildlife surveillance and laboratory research into viruses as potentially increasing, not lessening the likelihood of future pandemics.

If either collecting samples in the wild or work with those samples in labs were implicated in the origin of the pandemic, he said, the need would be urgent “to assess whether benefits outweigh risks and if not to restrict those activities.”