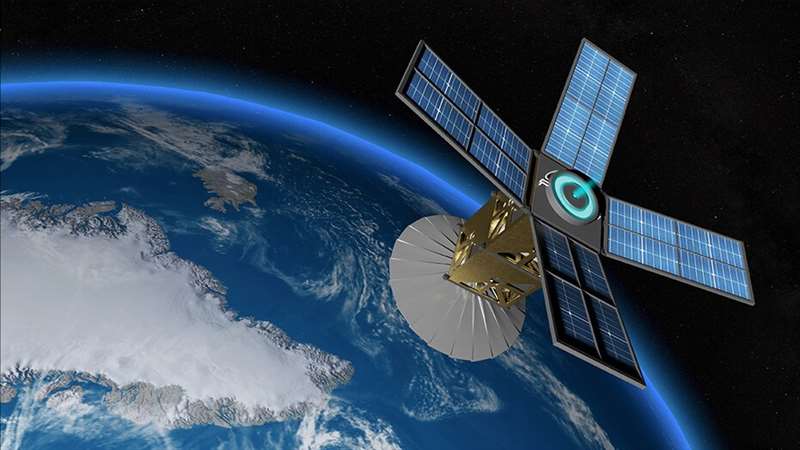 In addition, it “rained” electrons instead of water droplets several hundred kilometers over the North Pole.

The event — which occurred during low solar and otherwise low geomagnetic activity — lasted almost eight hours before gradually breaking down.

On Earth, hurricanes are formed in the lower atmosphere over warm bodies of water. The moist air rises and creates an area of low pressure near the surface that draws in the surrounding air, leading to powerfully windy conditions with heavy rainfall.

What’s more, the university says the fact that the hurricane occurred during low geomagnetic activity highlights the importance of improved monitoring of space weather that has the ability to disrupt navigation and communication systems.

“This study suggests that there are still existing local intense geomagnetic disturbance and energy depositions which is comparable to that during super storms. This will update our understanding of the solar wind-magnetosphere-ionosphere coupling process under extremely quiet geomagnetic conditions,” he said.