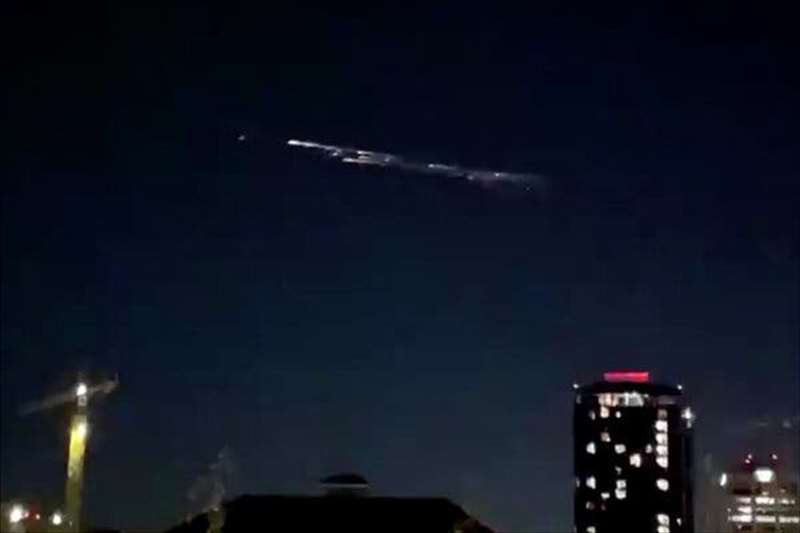 The mysterious bright lights streaking across the Pacific Northwest’s night sky on Thursday were not planes or meteors, but debris from a SpaceX rocket.

That’s what the experts said, at least. But not everyone got the memo, so there was plenty of confusion.

It added moments later — with the caveat that it was no expert in rocket science — that the “widely reported bright objects in the sky” appeared to be debris from a SpaceX rocket that “did not successfully have a deorbit burn.”

Mr. McDowell wrote that the “space junk” visible over Seattle was the result of a breakup that happened about 30 miles above where airplanes fly. The Falcon 9 debris falling to earth was “unlikely to be major,” he added, and would most likely fall in the Rocky Mountains near the Canadian border.

But for people in the Pacific Northwest, it’s still pretty weird and disorienting.

In the Seattle and Portland areas, the spectacle on Thursday night seemed to inspire more delight and bewilderment than fear.

Others took the opportunity to needle Elon Musk, the founder and chief executive of SpaceX.

But National Weather Service staff stayed up late tweeting their astronomical impressions — and they seemed to be having fun.

“A bit anticlimactic given the events of the evening, but the Orion Nebula looks beautiful tonight from our roof,” the agency’s Seattle office wrote, referring to a constellation. “Yet another satellite managed to photobomb the shot.”