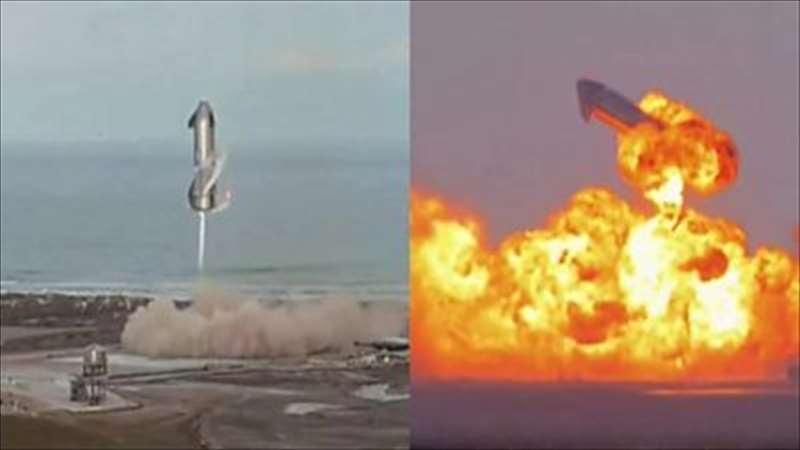 Elon Musk's SpaceX has successfully landed one of its Starship prototypes at the end of a high-altitude test flight.

It is the first time the space exploration company has pulled this off, after the ship's predecessors crashed into the ground.

But that wasn't the end of the story. A fire then developed around SN10's base and eight minutes later it exploded on the landing pad in Boca Chica, Texas.