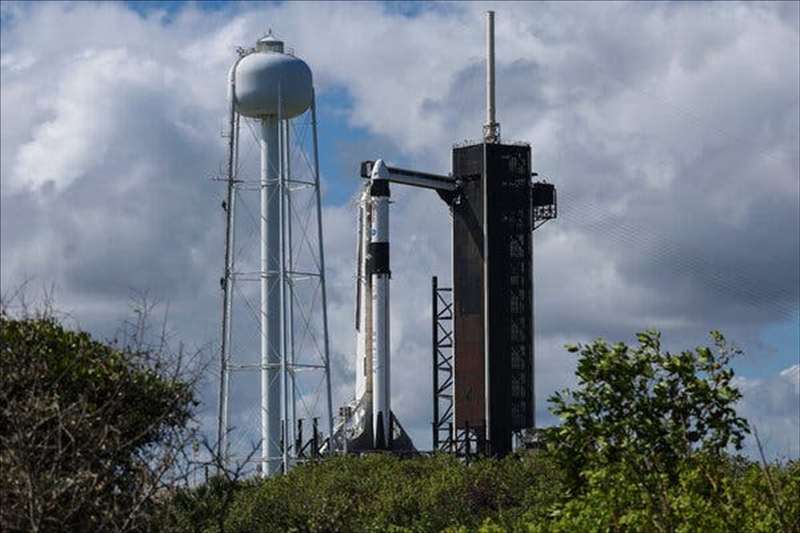 Despite the Russian invasion of Ukraine, NASA and Roscosmos have managed to continue cooperating on flights to and from the International Space Station.

The launching of NASA astronauts on SpaceX rockets has become routinely commonplace, but a Russian astronaut has yet to travel aboard the company’s Crew Dragon capsule.

That will change on Wednesday when the Crew-5 mission takes four astronauts to the International Space Station for a half-year stay. Here’s what you need to know about the launch.

Launch is at noon Eastern time on Wednesday from Kennedy Space Center in Florida.

NASA Television will start its coverage at 8:30 a.m. and will continue livestreaming the mission through docking at the space station at 4:57 p.m. Thursday and the welcome ceremony that follows. You can watch the video in the player embedded above.

Only two of the four astronauts on this flight work for NASA: Nicole Mann, the mission commander, and John Cassada, the pilot. The other two are Koichi Wakata, of Japan, and Anna Kikina, of Russia.

When SpaceX’s Crew Dragon became operational in 2021, NASA no longer needed to fly its astronauts on the Soyuz but still wanted to be able to use it. And the space agency wanted Russian astronauts to get rides in the Crew Dragon (as well as in a second American capsule, Boeing’s Starliner, which may become operational next year).

That is to help ensure smooth operations of the space station, which is divided into two segments: one led by Russia and one by NASA and its partners.

“Flying integrated crews ensures there are appropriately trained crew members on board the station for essential maintenance and spacewalks,” NASA said in a statement in July when Ms. Kikina was announced as a member of the Crew-5 mission.

The worry is that some kind of emergency — a serious health issue with a crew member, for example — could lead to an early return to Earth. All of the crew members on the spacecraft would have to return to Earth too. (Otherwise, there would not be enough seats on the remaining spacecraft.) If all the Russians had arrived on the Russian Soyuz, then that would leave the Russian segment of the space station untended.

As part of the crew exchanges, a NASA astronaut, Frank Rubio, launched with two Russian astronauts on a Soyuz rocket to the space station last month.

“This type of exchange will increase the robustness of our program,” said Sergei Krikalev, executive director for the human spaceflight programs at Roscosmos, the Russian space agency, during a news conference on Monday. “And we will continue this practice to make our program more reliable.”

Ms. Kikina, 38, is the only woman currently in the Russian astronaut corps. She had been training for a Soyuz flight but was transferred to the SpaceX mission when the agreement between NASA and Russian space agency was completed. This is her first flight to space.

Ms. Mann and Mr. Cassada are also first-time fliers to orbit. Mr. Wakata is, by contrast, a space veteran, with four previous missions, including two stays at the International Space Station.

Ms. Mann, as a member of the Wailacki of the Round Valley Indian Tribes in Northern California, will be the first Indigenous woman from NASA to go to orbit.